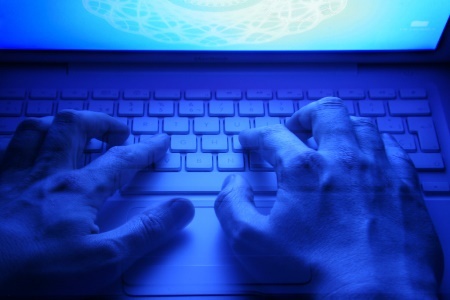 Accusations between the United States and North Korea around the Sony hacking saga, focused on the release of Seth Rogen’s “The Interview”, continue to echo even weeks after the attack. U.S. investigators have blamed “the General Bureau of Reconnaissance” - a unit of North Korea’s military spy agency, for the attack. North Korea has constantly denied the allegations, and demanded the U.S. stops the sanctions imposed against them –“if it does not want to suffer a war disaster".

After cancelling the movie’s release, Sony reversed itself and decided on a simultaneous cinema and web release – in independent cinemas across the U.S. and on YouTube, Google Play, Xbox, and on a special Web site. This move was described as no less than “groundbreaking”, or “historical” - as it has never been tried for a potential hit comedy like "The Interview”. The Boston Globe reported earlier this month that Sony earned $15 million from online sales and rentals.

Although the attack is unique in its scope and effect, the Sony affair raises questions relevant to many in the TV industry. We’ve asked VO’s experts to share their views on some of these issues.

1. Q: Can such a hacking attack be avoided?

Realistically, we don’t think piracy and hacking can be completely avoided. Even if technology was perfect (and it isn’t), human beings will always find a way to hack, and will always be in control over technology.

The digitalization of information and content means that it can be very easily stored, manipulated, copied, transferred… As a result any valuable information needs to be secured and its access protected; usually, as information was stored on local servers (on premises), it was possible to precisely define security and access routines to protect it.

But with the “cloud trend” such information is now stored in remote servers, potentially making it easier to access, which means that security needs to be reinforced and become a priority. Actually with the “datafication” of private information – data about health, bank accounts, credit cards, etc., combined with cloud storage, security should become a top priority of all service providers. Now, when the value of data which is stored is increasing – and not only for content – will we see more and more attempts of hacking in the coming years.

The attack could have been avoided or at least reduced if Sony paid more attention to the audit report of PWC, which had revealed the security gaps of Sony network system.

2. Q: What impact could this saga have on the development of TV Everywhere, streaming, and other new TV technologies?

However, the fact that the content was released earlier than planned doesn’t change the picture completely, because peer to peer sites have done this before. In terms of content piracy this isn’t very different than other content piracy attacks.

The development of TV Everywhere services offers new opportunities for hackers. Today, not only TV, STB or PC can be subjects of illegal viewing or streaming of premium content, but also a variety of connected devices such as tablets, smartphones or game consoles. This reality should encourage service providers to take the most serious precautions - at the earliest possible stage as far as content protection technologies are concerned. The choice of best of breed DRMs in combination of the latest technology chipsets ensuring trusted & secure environment of connected devices should become a key priority for pay TV operators of all kinds.

3. Q: What's in common between the Sony hackers and those pirating live sporting events on illegal sites?

We have been looking and profiling content pirates for a while – it’s our expertise. This hacking attack is a different “business” – with different technical issues, different expertise, technical tools and means, different motivation. We learned the hard way that there are different profiles to different hackers. The common ground is the fact they all deal with piracy.

The Sony case seems to be specific as it seems to be related to a state - backed initiative with political motives. It is not about stealing content for entertainment purposes or making money. However at the end of the day this translates into a huge loss for Sony – both in terms of revenues and image – which is comparable to the impact of traditional illegal consumption of content.

4. Q: Are we putting our efforts in the right direction – fighting piracy once it is taking place instead of trying to avoid it and secure content?

Since we know it can’t be avoided altogether, piracy should be kept at a level where it doesn’t jeopardize business too much. What we need to do, all the time, is renew the level of protection we can offer to vendors and users – in order to circumvent piracy to these low levels as much as we can. We have different means to renew our protection to our customers, and adjust our technology all the time to keep it up to date with current threats.

Security is about prevention AND repression. Service providers, with the support of technology and security providers, should put in place all the relevant mechanisms to prevent piracy and illegal consumption of content. If hacking or illegal consumption does happen and is detected– like in the real physical life where prevention is not always sufficient – actions can be launched to stop it both from a technical and legal standpoint.

Pirates and hackers shadow content protection technologies; the more advanced technologies – the more skilled and innovative the hackers become. The key challenge for technology providers of digital security is to stay one step ahead of pirates and to reduce the impact of digital piracy as much as possible. At this moment, hackers are often ahead of some of the security technologies - forcing these businesses to invest in the development of new solutions in an effort to close the gap.  And just like in the Sony case, this causes serious financial or business related problems.

5. Q: Can we seal online content completely? What should be considered as a realistic goal in this respect?

It will be almost impossible to achieve 100% security level for online content for the reasons stated above. Advanced anti-piracy technologies and protection of digital assets are available and they are constantly progressing. Online content service providers should invest in security means. Obviously at the end of the day it’s a question of budget and profitability of the proposed service. The goals that online content service providers should embrace are both quantitative and qualitative – vendors should ensure that piracy doesn’t exceed certain limits (e.g. percentage of illegal viewers and streams) and their image and quality of service (QoS) are not damaged by actions of illegal redistribution of online content.

6.Q: Can we expect audience to take a bigger role in fighting piracy, e.g. should we expect them NOT to watch the four stolen Sony films on file-sharing sites?

No chance, this is not realistic.

This is about education. People need to understand that watching a movie on a pirate site is like stealing a DVD in a retail store. Because consumption in the digital world is dematerialized there is psychological bias as people don’t feel like they are doing something wrong. Stealing in the digital world seems to be effortless and painless. In addition, as there is a perception that a lot of services on the Internet are free – from search to news articles – people tend to believe that content, in general, should be free. People need to understand that stealing, even on the Internet, is stealing and that valuable content cannot always be free.

Unfortunately, this would be a very naïve wish, as some viewers may not even know that the video stream found on the internet is illegal. This being said, the education of the online audience is worth any effort and to some extent can yield results.

7. Q: Is there enough international legal cooperation on the piracy issue to fight such attacks or even smaller attacks?

A: Francois Moreau de Saint Martin, CEO:
This is combined of many, different and separate elements: private data, contracts, privacy issues. The issues of monetization and technology – when it comes to protection of content and data – are different to the issue of international cooperation – perhaps this should be in the hands of International organizations.

The awareness of content service providers and legal services of the damage and the danger of online piracy is seizing the moment due to recent scandals such as the Apple “Celebrate” or the Sony network hackers. A few international legal alliances have been created (such as BSA) and active lobbying is done with various content related organizations (AAPA, CASBAA). The legislation of many countries is taking into consideration the digital piracy epidemic too (e.g. the 2009 French Hadopi - promoting the distribution and protection of creative works on the internet). But much bigger effort and unity of the international legal forces is yet to be achieved and this is an unconditional part of taking the fight against digital pirates one step forward.