Back to The Future and the Return of the Living Room 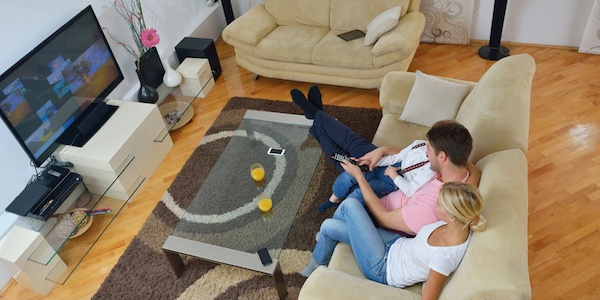 One of the more interesting trends from 2016 that emerges if you sift through the mountain of data that the industry produces is mounting evidence that the big family TV screen is making a comeback.

The headline finding of this year’s Parks Associates’ OTT Video Market Tracker that the top three OTT video services in the US are currently Netflix, Amazon and Hulu, was not hugely surprising. What was perhaps more so was what people were watching that content on and why.

“OTT video service providers, which captured over 200 Emmy nominations and over 40 wins this year, have prompted “the return of the living room” in the connected home through their association with quality original programming,” the company wrote.

This is an impressive reversal. As Parks says, in 2014, the computer outranked the TV in use among OTT subscribers, but now the TV is the dominant OTT screen.

“We are clearly seeing OTT video moving to the television,” commented Senior Director of Research, Brent Sappington. “OTT users watch OTT services on their TV screens between 17-20 days per month, much more than platforms such as a PC, smartphone, or tablet.”

We’ve already written earlier this year about evidence from Nielsen’s Q4 2015 Total Audience Report, which helped provide the soundbite “It’s not about age, it’s about life stage.” This found that the 18 – 34 group has very different media consumption patterns depending on what stage they are in their lives and that, as they moved out from the parental home and started families of their own, they watched more TV (4:40 per day with 3:16 of that consumption being with Live TV).

Nielsen’s latest published figures from the Q2 2016 Total Audience Report point to 93% of the US population seeing live and time-shifted TV over the course of a month, an audience of 286m. And while time in front of that TV is declining (4:39 per day, down 9 minutes since 2014) it is not being eroded as much as you might expect by the growing amount of smartphone use.

The new Parks’ research chimes well with Conviva and nScreenMedia’s The Secret Life of Streamers study, which analysed data from more than 20 billion OTT video streams a month and concluded that the number of Connected TVs in use increased 50% over the past year, while PC and smartphone numbers decreased 10% and 20%, respectively. The TV is also by far the most popular screen for binge-watching OTT content, 40% more preferred than a tablet, 50% more preferred over a PC.

And binge-watching is big business. As Variety reported earlier this year, 70% of US consumers now binge-watch TV shows, with Americans gulping down an average of five episodes per marathon session.

The association of big screen TV sets with quality OTT content is, as yet, largely unproven. But with Netflix ramping up its programming budget to a mammoth $6bn next year and looking to provide 1000 hours of original content, not to mention Amazon spending a reported average of £4.5m per episode on The Grand Tour (its BBC-funded antecedent ‘only’ cost £650,000 by comparison), we should have enough data to make a positive correlation soon.

It’s also worth pointing out that there are more large screen sets being sold too. According to the latest IHS Markit Display Long-Term Demand Forecast Tracker, TV panels 60 inches and larger are expected to reach 4.6% of the market in 2016, and shipments of 65-inch panels are estimated to reach a historic high of 6.58 million this year—an increase of 30% year-over-year

Indeed, IHS estimates that 65 inches may be the next mainstream panel size, partly due to the sheer number of manufacturers making them, while even 75-inch screens are now considered to be entering the mainstream, albeit in limited numbers (around 65-70,000 per month globally).

And the influential US Consumer Technology Association has called 2016 a banner year for 4K sets, saying that Q4 shipments of shipments of 4K sets in the US are expected to reach 4.5 million units, driving total 4K UHD sales for 2016 to 10 million units, a ‘healthy’ 40% increase over 2015 and 56% of all TV sales in the period.

To conclude: more sets, more big sets, more 4K, more content, more money being spent on that content…it seems we have a virtuous circle developing and the return of the living room for that essential ‘appointment to view’ content.

To find out how VO can help protect content as it moves into the 4K HDR future and becomes ever more valuable, check out our Premium Content Security solutions.