Demystifying the OTT TV Panic of 2015 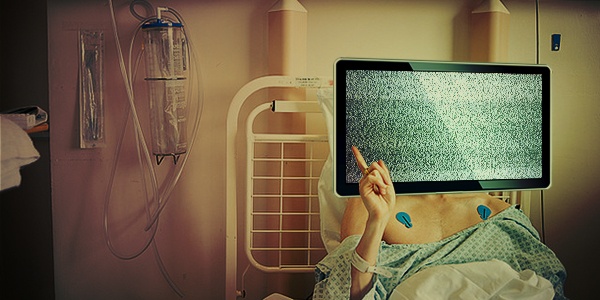 Hardly a day goes by without some announcement from a content provider or network hinting that they have cleared out the garage from all the Jags and Beamers, in favor of ramen-eating geeks who are busy coding away a super-sleek OTT TV service that will go direct-to-consumer and cut out the annoying Pay TV middlemen-  the multichannel video programming distributors (MVPDs). And hardly a day goes by without an analyst reporting from the hospice to where the terminally ill Pay TV operators are taken, bidding them farewell on their last journey with a pitying smile and fond recollections of glory days that will no longer return.

Where has this plague come from that threatens an industry with extinction? Why wasn’t a vaccine prepared in time? What other apocalyptic developments should we expect?

Should we blame HBO, the darling of the Pay TV industry, the premium channel that has defected to the dark side and gone rogue, turning its back on the vaunted bundle and the wonders of authentication?

Should we blame CBS, who laid siege to mighty TWC, eventually starving them into submission, costing them 300,000 subs before extracting a pound of flesh and exposing the middlemen in all their weakness?

Perhaps, just perhaps, this is a reassertion of a basic law of nature. No, not the evolutionary law of survival of the fittest, but nevertheless a core principle of every complex eco-system: That every organism must fulfill its role with efficiency or risk being devoured by more evolved beings.

The US content industry is a marvel of complexity and complication, as any industry insider can tell you. Carriage fees, franchises, right of way, upfronts, Nielsen sampling; all phenomena that defy rational explanation. But it worked and it thrived. It thrived because every piece understood the value it was bringing to the table and all the other pieces accepted this value. Until one day, the combined meteorite of the iPads, compression technology and Netflix slammed to earth, disrupting the existence of the delicate eco-system. In such an emergency, every component needs to stick to its core, derive strength from its expertise and evolve. If a vacuum is left, it quickly gets filled by other components until a new equilibrium is found.  Alas, it was the distributors, the middlemen, who were latest to react.

Let’s switch to Business 101: Distribution plays a crucial role in any supply chain and the content industry is no different. Distributors deliver the product (content) to the target market in volume, ensure cash collection and remunerate the suppliers (licensing fees). They aggregate audiences for the advertisers. They offer convenience and curation (channel selection, VOD library) for the consumer. However, when the producers (content providers) feel that the distribution channel (MVPDs) is not getting the product (content) out to where customers want it to be (tablets, smartphones and Smart TVs)  in the manner that they would like to use it (linear, on demand), they must seek alternatives in order to compete with other producers (Netflix).  When the advertisers feel that the market is fragmenting, depriving them of quality inventory, they seek other inventory. When the consumers realize that they can find convenience and relevance without the middlemen, they shop directly.

Back to evolution analogies. When faced with the disruption of OTT TV and video, the middlemen were slow to evolve, not recognizing that it was their role to provide the new distribution. Instead, they were preoccupied with the fact that they would have to spend time, money and energy to enable a service for which there was no immediate monetization. Rationalization overcame basic instinct. “Let’s let the other guys run after the scrawny OTT TV antelope, we’ll wait for the traditional TV buffalo.” In their defense, the technology wasn’t altogether ready, and video over the internet was synonymous with grainy, jerky clips; and yet, the writing was somewhat on the wall. This indecision led them to concede the direct distribution route to the content owners and networks, aiding and abetting this theft of their role by getting behind the dubious ‘authenticated’ model. But the buffalo herds thinned, while the antelope thrived and all of a sudden the middlemen found that they were ill-equipped to hunt. Meanwhile, content owners and networks, who until then had relied on the hunting skills of the middlemen, saw the antelope herds, salivated, and thought “More for us”.

Alas, as in the savannah, there is no such thing as a free lunch. Running after antelope (consumers) tires you out. You don’t always catch them and you need to eat a bunch of them to be satisfied. You need to study the migration paths and suffer through the dry seasons. Many will discover that they are simply not evolutionarily designed to be alpha predators. Meanwhile, the hungry middlemen will rediscover their hunting skills, adapt to the new prey and rule again.

How? By going back to their core; providing good service to consumers, aggregating content for them according to the new reality (multi-screen, multi-device, over-the-top), curating it for them according to the new dynamics (personalized content discovery, context-based recommendations and search) and giving them the best possible experience (quality, engagement, immersion). It is clear that many of them, Comcast and Dish perhaps being the most prominent, have since exhibited very sharp claws and hunting instincts, strongly reestablishing themselves as predators at the top of the circle of life. Comcast and AT&T have found their partners for the end of the world, cuddling with their TWCs and DirecTVs in order to use their joint body-heat to warm each other and beat the odds, to come back and rule the savannah again.

What will become of those direct-to-consumer content plays? Many will realize (like HBO) that building a distribution platform is not that easy, that gaining and keeping subscribers is not as easy as it seems and often not as profitable. Some will be able to discover a new revenue trickle. Most will walk away from these ventures after gaining insight that will improve their products and contribute to better collaboration so they can eventually establish a new equilibrium with their newly evolved distribution channel partners.

Except for those who refuse to evolve; they will just get eaten.

Want to learn more about our next generation OTT TV solution? Download the guide to Voyage TV Everywhere.