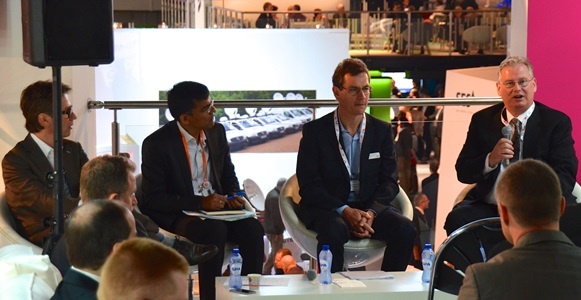 As the technology becomes easier and easier to operate and the internet has facilitated streaming of high-quality video content making it simpler and cheaper to consume content, including live TV, a new generation of sophisticated video pirates hide behind legitimate-looking Web portals and stealing revenues from legitimate content providers, distributors and even advertisers.

The number of people taking advantage of these practices has been increasing worldwide, making this a major issue for content service providers. Today’s pirates have figured out how to pay for one legal subscription and send the content to others through multiple illegal retransmissions. This leaves service providers and content owners competing with illegal services that offer the same content at a much lower cost.

Some tweets from the panel:

''We're never sure what will come up next in terms of #piracy, it's hard 2 direct illegal traffic during the Olympics''Aditya #IOS #IBCShow

Most of those illegal streams were in the afternoons. In the evenings, we're in front of our TVs! @Civolution @ViaccessOrca #IBC2014