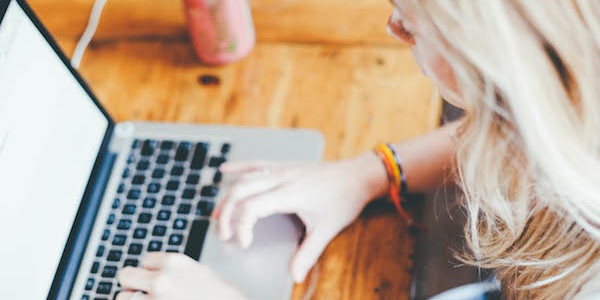 The battle for online eyeballs continues as Parks Associates reveals churn figures for the US OTT Industry and YouTube unveils impressive growth in the number of online advertisers and launches a new, premium service for advertisers. Meanwhile, research both uncovers the massive use of Virtual Private Networks to circumvent geo-blocking controls, and shines a somewhat surprised light on the pre-eminent position the laptop still occupies in broadband homes.

9% Churn Rates for Netflix, Even More for Other OTT Services (Broadband TV News)

Smaller OTT services are even more exposed, suggesting a pattern where customers retain their main OTT subscription (such as Netflix) but dip in and out of other services. As Broadband TV News puts it: "Seven percent of U.S. broadband households subscribe to an online video service other than Hulu, Amazon Instant Video, or Netflix. The number of people cancelling one or more of these services over the past year represents 60% of those who subscribe currently."

But while the churn rates look alarming, they’re roughly in line with the satellite broadcast industry. Sky just delivered churn rates of a shade under 10% in its key European markets, figures which represent an 11 year low. “This is the direct result of the investments we’ve made in connected services and quality content with more than 7 million customers now connected,” it said.

In other words, it might be a headline figure that OTT just has to get used to: there may be worse ahead.

One of the stories that suddenly resurfaced with a vengeance this week concerns the use of Virtual Private Networks (VPNs) to access content sites such as Netflix, Amazon Prime and BBC iPlayer. Effectively this is another form of stealth piracy, VPNs allowing users to ride roughshod over geo-blocking restrictions and access content from pretty much everywhere.

Indeed, significant percentages of VPN users in countries such as China, India and Indonesia reported using the networks to access such sites — 31% in China accessing Netflix, 32% in India doing the same. And because of the population densities of these countries, any figure is a high one. Global Web Index suggests that 63.4m people are using the BBC’s iPlayer via VPN (November 2014 data).

Outside the known problem of expat and diaspora communities accessing ‘home’ content, Iceland has always been a prime example of this sort of geo-piracy, with various estimates suggesting that up to 20,000 households and 1 in 4 18-29 Icelanders subscribed to Netflix via US accounts, although the service didn’t exist on the island.

As the Reykavik Grapevine amongst other reports, though, Netflix is surmounting that particular problem by taking the service to the island later this year. That, however, is not a solution that can be applied across the board and across the globe.

Data from the second wave of Mediatel's Connected Screens report suggests that the laptop, dismissed as many as an evolutionary dead end a mere couple of years ago, is still the most popular second screen out there.

The difference over the smartphone is a mere percentage point, but both the 67% (laptop) and 66% (smartphone) usage* figures eclipse tablet devices (49%). The tablet though is probably the one with the most momentum, growing 5 percentage points in the last quarter

The data is gathered from a rolling study of approximately 2,000 adults in UK broadband homes aged 16+, and also reveals growth for BBC’s iPlayer (77% - up 3 percentage points over the period), YouTube (45%) and subscription services such as Netflix (32%).

Other interesting stats suggest that recorded TV programmes (69%) and DVDs or Blu-rays (55%) remain the most popular ways to consume content. Meanwhile, 42% of the survey sample watch a TV screen whilst on a laptop or PC at least most days, while 39% watch TV whilst using a smartphone and 28% a tablet.

"As our Connected Screens research project moves forward, it will be interesting to see how this balance shifts," said Anne Tucker, head of research and AV at Mediatel. “Already with two waves of data completed, and a third wave at field, it's clear that the connected consumer is becoming increasingly au fait with accessing content with their household's technology.

"They do not have the same care on which device or method is used, so long as they get to watch their programme when they want on the screen of their choice," she said.

Google-owned YouTube is famously secretive about its revenue figures, but just as online video event VidCon was about to open in Los Angeles, it revealed that it had 40% more advertisers than it did a year ago. What’s more, it also said that advertisers from the top 100 brands (based on a ranking by consultants Interbrand) were spending 60% more than last year.

As the Financial Times reports, Google spent more time than usual detailing YouTube’s contribution to the company on its earnings call last week. Indeed, CFO, Ruth Porat, said “significant growth in YouTube revenues” was a highlight in the quarter.

The number of monthly views of videos by the top 100 brands has increased 55% from the previous year to 40bn views. Not all of this is traditional advertising, of course, with an increasingly popular route being to partner with one of the emergent celebrity YouTube content creators. More time is being spent watching content too up 60% year on year. The average viewing session on mobile devices is now more than 40 minutes.

And, with competition with Facebook for video eyeballs and revenue ramping up considerably, the company has also rolled out a new service for advertisers called Google Preferred that allows agencies to insist their adverts only appear next to the top 5% of YouTube channels. As the FT says: “Such targeting means ads can be paired with a popular star or viral kitten video, rather than obscure content.”