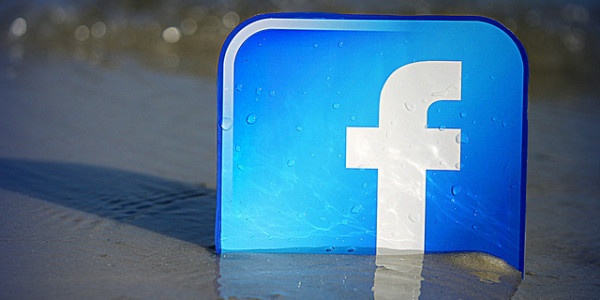 It’s summer time, and millions of Tennis fans are about to spend the next few weeks glued to their TV’s, watching the season’s famous tournaments: Roland Garros and Wimbledon. To mark the occasion, Eurosport unveiled a special French Open app, showing live results and other data. In the US, a new survey showed that younger viewers get their news from Facebook – and not by watching local TV. And pay-TV consumers told an Amdocs survey that they’ll keep their subscriptions if the overall, multi-device experience would improve. Here is what’s buzzing in the TV industry this week.

Farewell Dan Rather, Hello My Wall: Millennials Get Their News from Facebook, Not TV (Nieman Lab; Mashable)

Americans aged 19-35, known as the Millennials, no longer need the evening news to know what’s going on.  A new Pew Research Centre study published this week shows that 61 per cent of the millennials who participated in the survey said they get their news on Facebook – while 37 per cent got the news from their local TV station.

Pew polled 3000 Americans who belong to three generations: baby boomers (born between 1946 and 1964), millennials and those bore in between – known as generation X. The results are fascinating for sociologists as well as for those tracking the changes in the TV industry. They show that the younger the audience is, the more likely they are to abandon their TV broadcasters in favour of their Facebook wall. In comparison, 39 per cent of baby boomers said they get their news from Facebook, and 51 per cent of the generation X interviewees said they used Facebook as their source.

The survey corresponds with social media platforms’ efforts to boost their video offering. In January Facebook acquired QuickFire Networks, a video company which enables cutting down the bandwidth without compromising on quality. As we have reported in March, MSNBC has launched a news broadcast which will be distributed twice a day via Facebook.

Eurosport has launched an Apple Watch app which will give users access to live scores, updates and player data from the 2015 Roland Garros games in Paris. The app is available throughout the tournament, and in addition to scores and data the app will provide personalized push notifications based on favourite player or a specific game.

The 2014 French Open games provided Eurosport with the highest ratings in 25 years of broadcasting the event, but the new app can be seen as much more than reaching record viewership. As VO’s Chem Assayag recently wrote, understanding the connection between the watch’s 1.5-inch screen and a 50-inch TV screen is a crucial for exploring the possibilities of data-driven, personalized and connected TV services.

Two new studies published during the last weeks echo the recent US pay-TV mergers. An IHS study shows that the global pay-TV market has totalled $237 billion in 2014, a 7% increase compared with the previous year. IHS says that this growth –contrary to ongoing reports about cord cutting, can be  explained by the fact that many pay-TV operators are offering OTT services, slicing up their content packages into bundles consumed via apps or third party media servers.  According to the research, the OTT pay-TV services provided the strongest growth in the global pay-TV market which also includes cable TV, satellite TV and telco TV. And in the next five years, the OTT segment is forecast by IHS to continue dominating the growth of the pay-TV market.

Leaving the numbers aside, how do consumers rate the services they are getting from traditional pay-TV providers- and from OTT services? According to an Amdocs survey, 93% of respondents prefer the pay-TV service, but when it comes to recommendations, content across multiple devices, UI, and cost – they will opt for OTT. Furthermore, customers told Amdocs they will reconsider cancelling their subscriptions if their providers made available a service which “offered a single source to search, discover, and watch all of their content, including OTT content”.