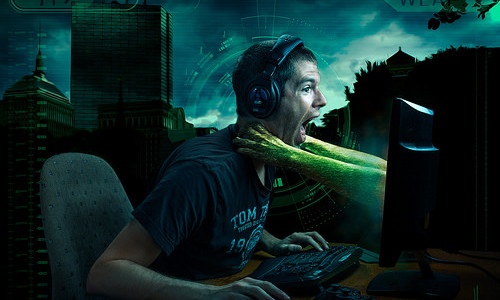 Barack Obama opened the summit on cybercrime with a call for tech companies to share their information on hacking- not an easy decision for a sector still reeling from Edward Snowden’s revelations on the information collected by the NSA. In the UK one of the most challenging broadcast auctions ended with Sky and BT winning Premier League broadcast rights packages for the next three years- for a record 5.14 billion pounds. The 87TH Academy Awards will take place on Sunday – what are the odds for Boyhood and other nominees? Here’s our look at the hottest TV news of the week.

Obama to the Tech Industry: Cooperate in the Fight Against Cyber (re/code; TechCrunch)

US President Barack Obama last week called on private sector companies to voluntarily share more cyber-attack information with federal agencies, in order to strengthen the fight against hacking attacks -such as the one at the Sony studios. Obama spoke at a first-ever White House summit on cyber security: “government can’t do this alone. The private sector can’t do it alone either,” Obama said, adding that the only way to fight Cyber threats is for the government and the industry to work together. Obama later signed an Executive Order which adds the Department of Homeland Security to the list of government organizations that are allowed to approve the sharing of classified information. TechCrunch noted that following Obama’s initiative, the issue at stake is whether private companies will be willing to share information, as some are still recovering from Edward Snowden’s revelations that they were handing over consumer information to the N.S.A.

Read our CEO’s view on privacy and security – and how this applies to the TV market here.

One of the most challenging broadcast auctions ended last week when Premier League announced Sky and BT had won broadcast rights packages for the next three years.

Sky will pay a record 4.2 billion pounds to broadcast 126 live English Premier League matches a season. BT will pay 960 million pounds to show 42 games a season, and together the two companies will pay 5.14 billion pounds in three years – more than the 4 billion pounds analysts had predicted and above the 3 billion pounds paid for the current contract. Reuters reported that Sky, which is partly owned by 21st Century Fox, had faced a fierce competition by BT which in recent years copied Sky’s business model by buying up broadcast rights to attract customers to its new superfast broadband platform.

A week before the planned vote by the FCC on new Net Neutrality rules, the National Cable & Telecommunications Association said they are planning to take legal steps against the FCC. Michael Powell, President of the NCTA and a former FCC commissioner, said the association will take the FCC to court if the vote goes ahead and approves regulating broadband services in a similar way to the traditional phone companies are regulated. Powell also said the proposed net neutrality rules are a “fatal step”, adding the new regulations would be a drastic shift for the industry that had already invested billions- in the hope for a continued light-touch regulation.

The Oscars will take place on Sunday and are the peak of the award season, following the Golden Globes, The Grammys and the Film critics’ awards. If you want to avoid spoiling  – read no further! Business Insider published the list of winning odds as collected by John Avello, a Las Vegas hotel owner who became a solid source for predicting the big winners. According to Avello, Boyhood lead the odds for winning the best picture Category (2 to5), Julianne Moore leads the best actress category with her role in  Still Alice(1 to 9) and Michael Keaton leads the best actor list for his role in Birdman (5 to 6).