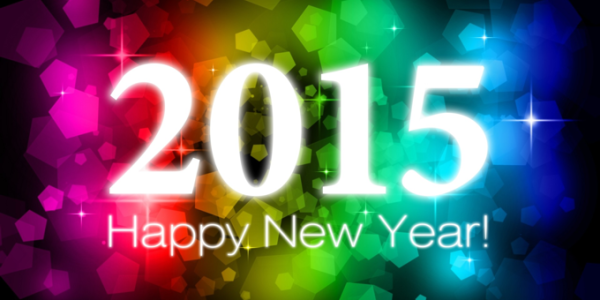 A Christmas Day hacking attack against Sony PlayStation and Microsoft’s Xbox drew a bit of the media attention away from the unprecedented attack against Sony’s studios. A senior analyst at CBS shared his findings about the effects Netflix has on traditional TV viewing, saying the streaming is a “major disruptive force”. Tired of reading 2014 lists and summaries? We picked 3 of them for you.

Sony suffered a second high-profile hacking attack this week, when its PlayStation online network was hit by a “denial of service” attack. The strike was also launched against Microsoft’s Xbox network.
The “denial of service” attacks affected those wishing to play multiplayer games online, as well as users trying to register an account, buy games or use apps to stream movies and music.

The attacks took place on Christmas day, when hundreds of thousands were unwrapping the precious game consoles and connecting them to the web. Since then, Microsoft and Sony have both restored their respective internet platforms.

The Christmas Day attack was the second time in a month that Sony was hit by a severe hacking attack, the first one focused around the company’s Hollywood studio, which the FBI had linked the North Korean government. Last week Sony released Seth Rogen’s “The Interview” - the film which is at the centre of the saga – to both independent cinemas and on the web. The simultaneous release was described as “groundbreaking”, as it has never been tried for a potential hit comedy like "The Interview”.

DirecTV – one of the leading satellite providers in the U.S., announced a multi-year distribution agreement with the Walt Disney Company, offering viewers access to Disney's programmes: sports, news, kids and entertainment. All ESPN and Disney cable networks, as well as ABC TV stations, will be available not only on TVs, but also on computers and mobile devices. Variety reported that DirecTV, whose deal with Disney was due to expire at the end of the year, is the last major pay TV provider to sign on to Disney’s “TV Everywhere” services.

The effect of OTT and TV Everywhere services on traditional TV viewing has been at the centre of the industry’s attention for years. In Early December, CBS’s chief research analyst shed a bit more light on the matter, when he presented a study he had recently conducted. David Poltrack told the Media and Communications Conference that streaming “is seen at this point to be the major disruptive force in the media landscape today”. In detail, the CBS analyst’s study shows that viewers watch broadcast content – not original shows produced by the digital players – while using streaming devices. The study also showed a 3% decline in linear viewing during the last autumn TV season in the US.

However, Fiercecable explained that it is still too early to determine “winners and losers” in the ever changing TV industry. As content suppliers enjoy a syndication market through streaming platforms, pay TV operators are integrating Netflix into their user interfaces, Fiercecable added.

Happy New Year: A Peek at “The Best of 2014” Lists (The Guardian; The New Yorker; Variety)

Most media outlets published their end of the year lists and summaries - covering culture, politics, science and other topics. We picked 3 of these lists, from both sides of the Atlantic.

The Guardian’s three best new U.S. TV shows: Amazon’s Transparent, about a family man who discovers he is a transgender; FX’s You’re the worst, about two self-centred singles trying to make it as a couple; and The Honorable Woman, BBC- Sundance TV political spy thriller.

The New Yorker’s best films list included Pawel Pawlikowski’s Ida, telling the story of a young nun in 1960’s Poland; Boyhood – which was filmed over 12 years with the same cast; and The Most Violent Year, about an immigrant in New York fighting to protect his business and family.

Variety listed the best 2014 TV surprises: BBC America’s  Almost Royal, about two youths far down the list of succession to the British throne and their visit to the U.S.; Fargo- the TV adaptation to the Coen brothers’ masterpiece, and Homeland season 4 which Variety said was morphed into “an eminently watchable thriller”.

Looking at these lists we can only wish everybody an even better 2015, full of great content, anytime, everywhere. Happy New Year!