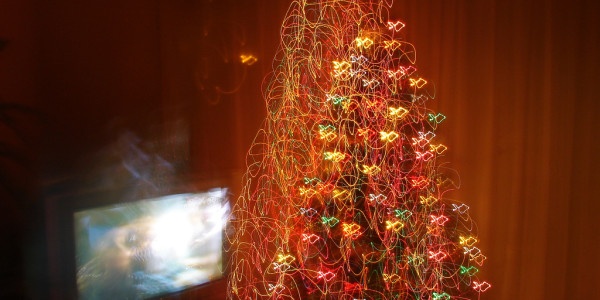 TV Everywhere viewing continues its remorseless rise, though it seems that iOS’ days of dominance may be coming to an end and there is also some consumer confusion preventing it becoming even more ubiquitous. Meanwhile the EU is taking steps to make content portable across its internal borders, and Netflix is taking a per-title approach to encoding that should provide more pictures for less bandwidth.

As pay-TV operators add TV Everywhere features to differentiate their products, so the TV Everywhere 2015 survey from researcher GfK is finding that viewers are equally happy to use them.

Rapid TV News reports that 53% of consumers in pay-TV households have used TVE to watch programmes, up from 43% three years ago.

“Young adult consumers reported stronger use of TVE services, and among Generations Y (age 13-35) and X (age 36-49), use of mobile TVE sites and apps – as well as smart TV apps – was two to four times higher than for Baby Boomers (age 50-64),” added the site. “GfK added that this pattern holds for [both] TV network and service provider.”

The main driver here is undoubtedly the increased availability of mobile devices floating around the average domestic home. But GfK’s data has also detected problems for the industry, with device authentication seen as a barrier for some consumers and many also unaware of some of the key features that TVE services are capable of.

The clear implication is that if its capabilities can be better understood by the consumer and communicated by the industry, then uptake might be even more dramatic. A marketing push under the ‘TV Everywhere’ banner though might not be the best way forward, only 25% or so of consumers having heard of the expression before.

As part of its continued thrust towards creating the Digital Single Market, the European Commission has detailed its plans for overhauling its copyright laws, with the key effect that online subscription services would become portable within the EU.

This, along with the abolition of data roaming charges, has been a key plank in European legislation for some time. What is new though is that the Commission has also announced plans to allow providers to sell content across the EU under a single set of copyright rules, rather than having to draw up various contracts to adhere to national laws as is the current state of play.

"People who legally buy content - films, books, football matches, TV series - must be able to carry it with them anywhere they go in Europe," said Andrus Ansip, the commission's vice-president for the digital single market.

"When you download a movie or a song, it must play. If this is not the case, you should be able to end the contract and get your money back.”

Somewhat predictably, this is putting the cat amongst the pigeons, with critics stating that safeguards must be robust and, as John McVay of UK trade association Pact said to the BBC: “It is critical that portability is conditional on robust and effective authentication of consumers' country of residence.”

There is also disquiet about some of the looseness of the language used to date, especially the wording the Commission uses about residents being ‘temporarily present’ in member states. Writing in TVB Europe, DLA Piper’s Sam Churney says: “The concept of ‘temporarily present’ is obviously critical. The regulation goes no further than describing this as being present in a member state other than that in which the subscriber is habitually resident. Therefore, there are no express limits, timing or otherwise which could be a material concern for certain rights holders.”

Tablet Viewing Down, Smartphone Viewing Up [CMO by Adobe]

According to Adobe Digital Index’s latest “Q3 Digital Video Benchmark Report,” tablet share of video starts has declined 7% year over year, while smartphone share is up 33%. Adobe ’s analysis places larger smart phone screen sizes firmly at the heart of this movement, which have increased from an average 2.59in in 2007 to 4.86in in 2014.

It’s not all about mobile though, with viewing on Connected TV devices also significantly rising from 10% to 23% of all authentications year on year to the point where they are now the main jumping off point for TV Everywhere viewing. Apple and Roku have carved out a massive 87% of this market between them, though Apple’s success in the living room is at the expense of iOS’ share of viewing, down from 56% in Q3 2014 to 42% in Q3 2015.

Elsewhere, the report found that the main growth areas in TVE viewing are Movies and the Teens & Toons categories, with the latter accounting for a massive 75% of the total plays in Q3. As CMO reports, this has some interesting implications.

“Some of the trends we are seeing around Teens & Toons content is really interesting because these youngsters are the future of television viewing,” said Tamara Gaffney, principal analyst at ADI. According to Gaffney, Teens & Toons content has a 2x higher viewing frequency on Android vs. iOS devices, most likely because people are buying their kids relatively inexpensive Android devices rather than pricier iPhones.

“This could shape who is winning in the device area sooner than later,” she added.

While quality considerations are usually trumped by content ones when it comes to consumer reaction to OTT players, nevertheless they are a significant area of investigation for the providers themselves. More efficient encoding not only leads to content taking up less valuable space on servers, but it also means that higher quality material can sneak under data caps, thus making the whole package more appealing.

Netflix is thus changing the way it encodes content for the first time in five years. Previously it has used a fixed bitrate ladder that simply matched resolution to encoding bitrate at a level that its engineers had determined didn’t result in significant encoding artefacts. That meant, for example, a 320x240 image was encoded at 235kbps, while a 1080p one was encoded at 5800kbps.

This inflexible approach was inefficient in a number of ways: some content, such as animation, was   ‘over-encoded’; other content wasn’t given enough resource. Thus its new system of Per-Title Encode Optimization, which emulates the bit-budgeting undertaken by DVD and Blu-ray transfers and matches the encoding bitrate to what is going on the screen.

“Per-title encoding allows us to deliver higher quality video in two ways: Under low-bandwidth conditions, per-title encoding will often give you better video quality as titles with “simple” content, such as a cartoon, will now be streamed at a higher resolution for the same bitrate,” says the company. “When the available bandwidth is adequate for high bitrate encodes, per-title encoding will often give you even better video quality for complex titles, such as Marvel's Daredevil, because we will encode it at a higher maximum bitrate than our current recipe. Our continuous innovation on this front recognises the importance of providing an optimal viewing experience for our members while simultaneously using less bandwidth and being better stewards of the Internet.”

And with OTT providers such as Netflix under continual legislative examination, the latter is probably no bad thing.