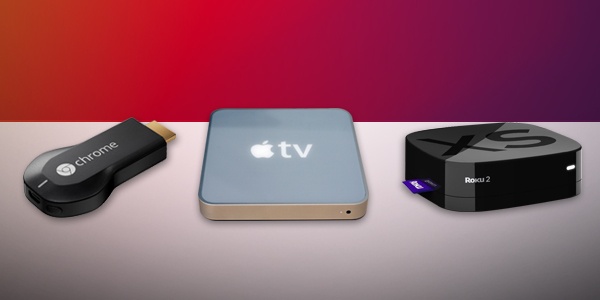 Are digital media players good or bad for regular TV viewing? What effect do they have on “cutting the cord”? A new report by GfK has some interesting information. In the U.K, media is buzzing with reports of mergers and acquisitions involving Europe’s largest telecom players. Have you seen the videos showing the madness on Black Friday? We have, and loved the sales figures, showing TV’s, iPads and other mobile devices among the most popular products. Here’s a quick recap of what was buzzing this week.

A new report released by GfK provides an interesting insight into the use of Digital Media players – such as Roku and Chromecast – and the effect they have on regular TV viewing.  The report, released this week titled “Digital Media Players 2014,” reflects familiar trends in the ongoing TV Everywhere revolution. The Gfk report shows that 19% of TV viewers now own at least one of the top three digital media players: Roku, Google’s Chromecast, or Apple TV – a 10-fold increase over the 2010 ownership level (2%).

M&A in the air: Talk of mergers and acquisitions in the UK telecom market (Reuters;LightReading.com)

Industry talk in the UK is all about British Telecom’s interest in EE and Telefonica (O2 UK), in a bid to get back into the mobile carrier game. Reuters reported at the end of last week that BT, one-time U.K. monopoly carrier, is in talks with both O2 and EE, which is owned by Orange and Deutsche Telekom. The plot thickened this week when a new report suggested that Hutchison Whampoa is also preparing bids for O2 and EE.

To make things even more exciting just before the end of the year, Reuters reported separately this week that Vodafone is considering a number of purchases which will both expand its fixed line empire and boost its content offering. The reports suggested that the UK-based mobile giant is seriously considering Liberty Global Inc. as a possible acquisition target or merger partner. In addition, the report said Vodafone is considering buying Blinkbox, the loss-making movie streaming service.

TV and iPad sales dominate a month-long shopping spree on both sides of the Atlantic (Business Wire; Reuters )

Singles day, Thanksgiving, Black Friday, Cyber Monday, Boxing Day – the cross-continent shopping spree is bigger than ever. Adobe released this weekend its Digital Index Online Shopping data for the holiday season, showing a 14% increase in online spending in the U.S.

According to the report, 4K TVs saw the biggest jump in social buzz month-over-month (MoM) with social media mentions for Sony and Samsung increasing 350 percent. Smartphones and tablets continued to drive online sales – 29 percent of sales on Thanksgiving Day came from mobile devices, up from 21 percent in 2013.

The new estimates match Netflix’s Q3 reports which showed that in the domestic market, the company experienced slower-than expected growth in Q3 of 2014. However, internationally, growth was stronger, with 2.04 million new subs in Q3, compared to 1.44 million a year ago.

Digital TV Research principal analyst Simon Murray explained how the company made its calculations: “We have made several adjustments to our previous estimates [based on the June results]: subscriber numbers are now a lot higher in Latin America (and a little higher in Canada). Subscriber numbers are now a lot lower in the UK (and a little lower in the Nordic countries).”