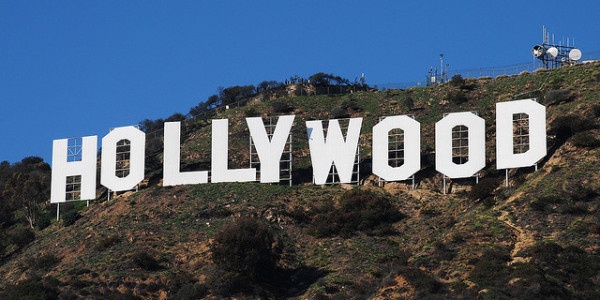 It has been an interesting week of twists and turns with new details released on the severe hacking attack against Sony Pictures Entertainment – which the company said was "unprecedented". Besides targeting business and employee information, hackers posted four unreleased movies on file-sharing sites, jeopardizing Christmas box-office revenues. The race between Facebook and Google was all about content stars - with reports about attempts and counter-attempts by the two web giants to lure stars to their services. The quarterly Nielsen audience report was released, showing a 60% jump in video streaming since last year.

Sony Pictures Entertainment released this week its first detailed comment on the severe hacking attack which took place last month, calling it "devastating in nature". The attackers targeted sensitive business plans, compensation data for employees and contracts with celebrities. In addition, video files of five Sony motion pictures were posted on file-sharing websites. "Annie", set for release next week, is one of these films. Another one is “The Interview,” a comedy about a CIA plot to kill North Korea’s leader.

Re/code mentioned that Sony was investigating the possibility of a North Korean connection to the attack, following threats by the regime in Pyongyang to take action in response to “The Interview.” Seeking to stop the film's release, the North Korean government had reportedly asked U.S. President Barack Obama to intervene.

Forbes reported that the perpetrators, calling themselves "the Guardians of Peace" sent a message to Sony management, demanding them to immediately stop showing "The Interview".

YouTube is fighting to keep an exclusive grip on the content produced by its stars.  This followed the reported attempts by Facebook and video startup Vessel to lure video creator to their services. Sources told the WSJ that Facebook has reached out to content producers, asking them to consider distributing their videos on the social network.

Popular video makers – like style guru Michelle Phan – are a strategic asset for YouTube as their channels draw users to the site on a regular basis. According to Business Insider, Facebook and YouTube accounted for nearly 40% of all mobile web traffic in North America in September 2014.

The latest trends in American media consumptions are detailed in Nielsen's "Total Audience Report" released this week. We thought these are the most interesting findings:

*The way we're all watching TV – everywhere, anytime, and on any device, is the most prominent finding of the report.  This trend is best illustrated in the comparison between the way people spent time on the internet in 2011, and in 2014. While in 2011 watching video took only 15% of the time spent on the internet, in 2014 people spent 26% of their time watching favourite content.

*Video streaming has jumped up 60% year-over-year, while at the same time traditional TV viewing dropped by 4%. Looking closely at the numbers, the decline is almost negligible, as it means Americans spend only 12 minutes less per day watching regular TV.  Rapid TV News noted that exclusive content, such as Netflix's Orange is the New Black or the House of Cards, is the key factor driving the numbers up.

*The report also demonstrates the proliferation of new devices, and the ongoing expectation for a variety of professionally produced quality video.  "What used to be a schedule to watch programming now seems like little more than a suggestion", reads the report.