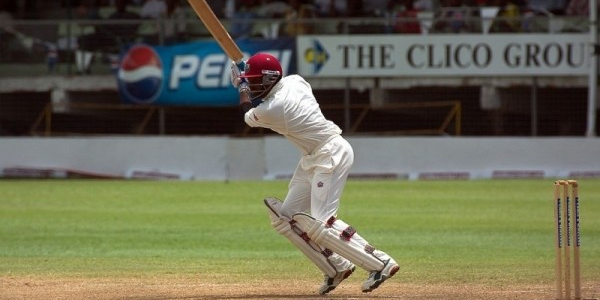 It is an uphill battle, but the fight against sports piracy proves that innovation and persistence are the only way forward. One of the biggest pay-TV providers in the Middle East and North Africa, OSN, recently reached an important milestone in the campaign against content piracy during its broadcasts of the 2015 Cricket World Cup. Using Viaccess-Orca’s Eye on Piracy, OSN, which operates more than 150 channels and services, fought illegal streaming of the matches, and successfully eliminating over 60 per cent of the illegal links of the top matches at the tournament. Cricket is the second most popular sports in the world (after football) and according to OSN executives, the campaign against pirated broadcast is of top importance for rights owners, pay-TV audience and advertisers alike.

According to Mark Billinge, Chief Technology Officer at OSN, addressing the issue of piracy, especially during a high profile tournament, one of the most sought-after live events, was essential in order to ensure that OSN's subscribers were not compromised.

Collaborating with Viaccess-Orca, we successfully monitored and took down a significant number of illegal streams during the 2015 Cricket World Cup to protect OSN’s content rights. ” Billinge added.

How did it work? Eye on Piracy enabled OSN to adapt its content protection techniques to dedicated sport events in order to achieve optimum results – and the illegal links were eliminated in real time, throughout the live sporting event.  In addition, Eye on Piracy managed to interrupt illegal viewing for over 50 per cent of the audience who were accessing pirated content, further supporting and strengthening its anti-piracy efforts. Moreover, during the Cricket World Cup, OSN could monitor specialised web sites, forums, blogs, social network posts which surrounded the event. 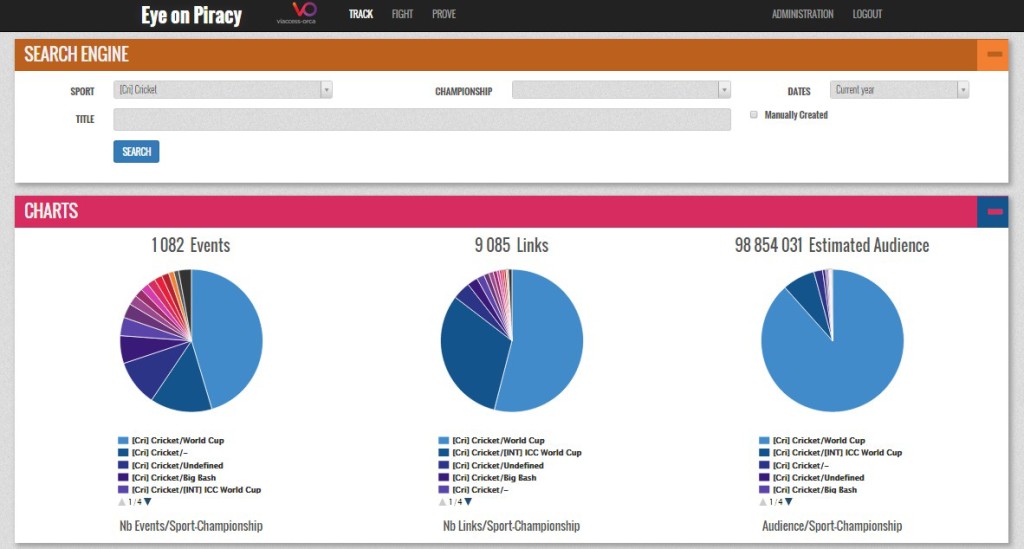 Eye on Piracy solution is comprised of three-stage components which enable the successful fight against piracy. The ‘Track’ module monitors where piracy occurs and the amount of piracy that is taking place. The ‘Fight’ module includes advanced anti-piracy tools to detect and issue takedown notices to illegal sites, and is followed by the ‘prove’ module which gives legal support against piracy.

This year’s Cricket tournament isn’t the first major sporting event where VO’s Eye on Piracy was used to detect piracy and protect content owners and paying viewers. Last summer during the Football major sporting event in Brazil, VO launched an anti-piracy campaign, during which a total of 3222 take down notices were issued to sites featuring unauthorised content, resulting with a 35 per cent takedown rate for around 100 content platforms. The scope of piracy – and the fight against it, was covered by the international and business press throughout the summer. 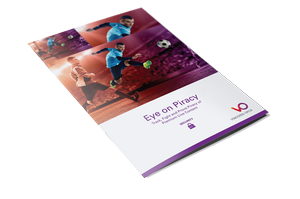