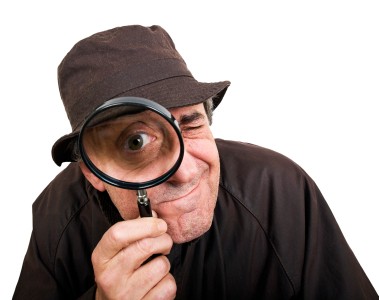 The past five years have witnessed a marked shift in concerns about Pay-TV piracy. Piracy efforts in the broadcast world primarily have taken the form of subscription sharing using Pay-TV smartcards, which provided keys for decrypting content onto specific channels that weren't meant to be accessed by non-subscribers. This type of piracy is referred to as card sharing and Control Word sharing in DVB lingo.

The number of people taking advantage of these practices has been increasing worldwide and has become a major issue for Pay-TV operators. The more recent OTT counterpart of subscription sharing has taken the form of account credentials sharing to OTT services such as NetFlix and Hulu which is reported to account for as many as ten million people (see, e.g., http://www.theatlanticwire.com/technology/2013/04/10-million-people-watch-netflix-without-paying/64445/).

Responding to the concerns of Pay-TV operators, and understanding that the piracy situation would only get worse, we decided to take a deeper look into Pay-TV piracy. While studying the different forms and evolution of piracy, we managed to learn how to combat them in a more efficient way. As our initiative got up and running, several of our EMEA customers joined in the fight.

We realized that subscription sharing was only the opening stages of Pay-TV content piracy, and that Pay-TV was vulnerable to widespread illegal direct distribution of content over the Internet - as indeed has happened. This, therefore, should be of greatest concern to Pay-TV operators, especially in the multiscreen environment. Since operators intend to deliver a consistent content service experience across a variety of devices, the weak points of piracy will simply multiply. In other words, as multiscreen Pay-TV content piracy continues to evolve, one hack in the increasingly complex TV Everywhere ecosystem could possibly compromise the whole content service.

This is where Viaccess-Orca’s Eye on Piracy comes into play. The new VO’s comprehensive platform addresses all piracy-related concerns of Pay-TV operators through a suite of services that monitors piracy of VOD content on illegal sites, P2P activity and live content, such as major sports events, redistribution. Eye on Piracy was initially developed as a series of tools for understanding what’s actually going on, such as how content is being redistributed and audience measurement. As we continued to study and develop content to address these issues, further advanced innovations were devised in analytics and statistics to benefit operators. This new platform also provides other potentially relevant insights, including piracy landscape information, the number of takedown notices sent and related response times. This allows operators to understand the threats taking place and the effectiveness of their responses. 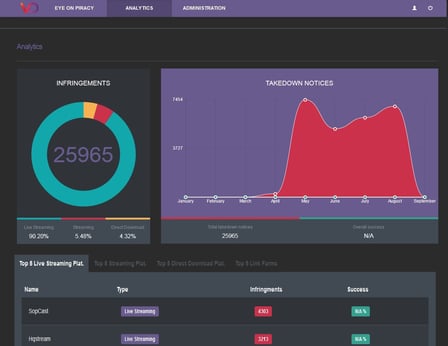 Following some initial experiments, the methods used have proven to be quite effective. Last year, a pilot project was conducted with operators, focusing on peer-to-peer networks that redistribute live content in real-time. We experimented by testing the reliability of the networks and joining them to fully understand the protocols used and find ways to fight the piracy. Similarly to VO’s anti-card and Control Word sharing security platform, a deep level of engagement was required in the practice, in order to cut it off at its roots.

Pay-TV operators can view Eye on Piracy as the key to managing the risks of what has been until now the rapid evolution of Pay-TV piracy. They must protect their content and stop it from being spread illegally. After identifying the link farms where piracy is being promoted, issuing take-down notices, analyzing analytics, and determining the success rate, operators will finally regain the upper hand over the distribution of their content.

Our findings about pay TV piracy don't end there! Learn more about how the main vulnerabilities for content owners and service providers go hand-in-hand with risky content consumption. Check out the infographic on “The Dark Side of TV Everywhere Security” for a deeper understanding of illegal delivery. You could also download our whitepaper to learn more about content security in a connected world and instant risk management.

Read more from David Leporini:
OTT and Content Piracy: The Endless Battle
Great to SUX
Mirrors All Around Us
The Road to IBC: Hybrid Whispers