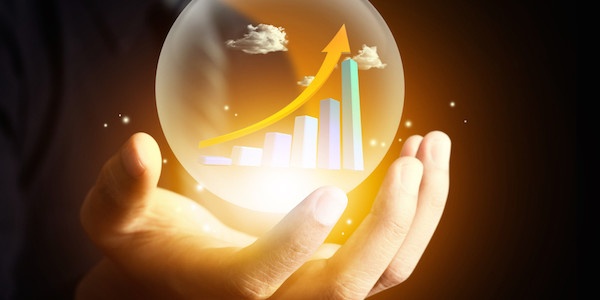 In the run up to this year’s IBC we have already written about the top trends that you will see on the show floor and what you will see at our stand. One of the things that makes IBC so fascinating though is that, along with 1700 or so Exhibitors, it also has a very active Conference that tends to spend quite a lot of its time peering into a crystal ball and trying to discern which way the industry will go in the future.

On the whole, if you had to ascribe one over-riding feeling to the Conference it would be worry. The industry has seen a lot of change in the past decade, and the pace of it is accelerating all the time as the broadcast industry collides, melds and merges with the IT field. While, of course, throwing up a huge amount of opportunity, convulsive change also brings with it a significant amount of threat: there are potholes on the roadmap ahead and the Conference spends much of its time trying to identify them and working out a way to steer round them.

So, while the show as a whole provides a great snapshot of what is occurring in the industry at the moment and in the near future, a close reading of the Conference programme provides an idea of what keeps the Chief Execs who tend to attend it awake in their beds at night.

And, of course, if you find yourself prone to unquiet sleep regarding the future of the industry you can always come and see us on Stand 1.A51 to discuss how we can help you steer a safe path to the future. Book a meeting with us.

‘Disruptor’ has fast become one of the most over used words in the industry marketing lexicon and is tossed about with scant regard to its actual meaning in the same way that ‘paradigm shift’ was used to describe everything down to a point software release a few years ago.

However, there are some genuine ones around and the Conference is dedicating a whole stream to what it terms New Disruptors.

What’s on the list? The Internet of Things, Wearables and VR feature highly, with a particular emphasis on how they will change content creation and lead to new forms of story-telling high on the agenda. Equally important is how a new category of devices will feed back into the return path and offer new forms of audience data to be analysed.

There is even a session titled ‘Pervasive Disruption’ which talks about “an ecosystem of disruption” which is perhaps taking things a bit too far but does nicely illustrate that the broadcast industry as a whole has got quite jumpy about new technology and what it might mean to its own established business models.

2. The Future of Cinema

Partly because the Amsterdam RAI has a 1700-seat Auditorium at its heart which is fitted out with state-of-the-art cinema gear for the duration of the show — this year Christie 6P laser projection and Dolby Atmos audio — Cinema as a subject features fairly highly on the Conference programme.

While globally there is small growth in audiences (Global box office for all films released in each country around the world reached $36.4bn in 2014, up 1% over 2013’s total according to MPAA figures) audiences are on the slide in what Hollywood at least likes to consider its heartland, down 5% in the USA and Canada between 2013 and 2014. And there is an irony that, while most of IBC is about new technology to improve the domestic experience, its Cinema Conference strand is pulling very much in the other direction.

It has plenty to talk about though. There has been significant expansion in premium large format exhibition technologies as cinema has to maintain the clear blue water between its offerings and the world’s living rooms. Thus we have object-based audio formats such as Dolby Atmos and Barco Auromax); specific movie versions for motion simulators (D-BOX, 4DX, X4D); High Dynamic Range; High Frame Rate; and some interesting mooted technology in the world’s R&D labs involving holographic projection.

Basically, a 120-year old medium is trying to reinvent itself to remain relevant and the synopsis for its Cinema 2020 panel sums it all up perfectly. “A cinema is as likely now to screen a live play, video game tournament or interactive advert as a film. At the same time new strategies and business models emerge for how to distribute film across platforms ranging from cinema to VoD, often simultaneously.”

It’s a complex story. Happily it comes with some wonderful visuals.

This is probably the biggest one of all. Technological change the industry is used to, after all broadcast managed to plot a fairly serene path from black & white to colour to widescreen to Nicam stereo to Surround Sound to HD without too many problems (though the acceleration in the rate of change witnessed recently has caused problems).

Structural change is different, however. These are external factors muscling in on the industry as they also reshape society as a whole and the main one is a change in who we can consider to be a broadcaster.

Because government controls spectrum, in the analogue era only licensed companies could become broadcasters. Essentially it was a closed industry: two or three national broadcasters supported maybe a scattering of local franchises and that was it. First digitisation and then the internet though have blown that cosy oligarchy wide open. Now, as a broadcaster you are as liable to be competing for both audience and advertising dollars with a telco with enormous budgets or a bank of servers hosting video on the internet with a frankly astonishing amount of viewers as you are another broadcaster.

Where once you had dominion over your entire ecosystem, now you have none. From the unknown impact of government regulation on your plans (witness the net neutrality debates and the impact they have had on the future of OTT), to trying to second guess the rapid and changing behaviour of consumers, to the impact of new technologies, broadcast is no longer a walled garden but the same open prairie as the rest of the world operates in — and there are some big predators about.

The IBC2015 Conference starts with a keynote titled ‘The Future Is Now - Broadcasting In An Age of Challenge’ and it ends with a screening of Disney/Pixar’s ‘Inside Out’. Inside Out, of course, features a young girls’ warring emotions of Joy, Sadness, Fear, Disgust, and Anger. The main emotion of the IBC Conference is worry but, hopefully this year, after five days of discussions a small amount of Optimism might be allowed to take centre stage as well.