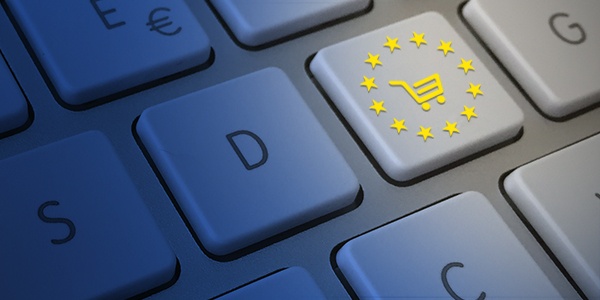 While the wider political situation in Europe can best be described as fluid as the repercussions of the Greek financial crisis continue to ripple outwards, one story from recent weeks could hold significant resonance for the broadcast industry: the awarding of pan European Olympic sports rights to Discovery-owned Eurosport for €1.3bn.

Not only is this a significant blow for Europe’s public service broadcasters (some, such as the BBC, ARD and ZDF have enjoyed decades of Olympic coverage) but it is also a harbinger of the future, a future where the European Commission (EC) is successful in lifting all barriers to online trade and thus creates a Digital Single Market for pan-continental telecoms networks, cross-border digital services and more.

At the moment this is all still in the planning stage, but the momentum to remove any barriers to internal EU protectionism and reflect the trade agreements that exist in the physical world in the virtual one is strong. The EU estimates that tearing down the barriers that divide the continent into 28 sets of national contract laws could boost the meagre 4% of Internet services provided within Europe and that "a fully functional Digital Single Market could contribute €415 billion per year to our economy and create hundreds of thousands of new jobs".….and those are the sort of numbers that tend to make people sit up and listen.

There are 16 key actions to the EU proposals (which are all summarised neatly in this press release) with the most significant ones as far as the broadcast industry is concerned relating to the intertwined concepts of copyright and geo-blocking.

“Unjustified” geo-blocking is to be canned (with the EU giving the example that car rental customers in one particular Member State may end up paying more for an identical car rental in the same destination). And copyright is to be harmonised across the continent, with the EU in particular wanting “to ensure that users who buy films, music or articles at home can also enjoy them while travelling across Europe.”

Unsurprisingly, given the amount of money tied up in rights in particular, the proposals have been met with a mixed reaction by the industry. Well, we say a mixed reaction, ‘howls of outrage’ probably sums it up better.

As media commentator Raymond Soddy puts it “virtually all the film and TV rights owners in Europe, including the US studio majors, [are] implacably opposed to such an apparently liberal and forward-looking plan.”

Why? There are several reasons, but most of them start and end with the prospect of trans-European rights for content. For a start it means the big digital players, the likes of Netflix and Amazon, can price the smaller, European media groups out of the market. It also means that in the short term there might even be less cross-border content: rights owners simply waiting till any current deals run their course before opening pan-European negotiations.

And there is a lot at stake. In the UK, Sky pays nearly as much for the English Premier League rights per year alone as Discovery has just paid for six years of Olympic content in 50 countries. That is not a business model that takes kindly to the removal of territorial barriers.

Of course, it is not law yet and whether it will all happen as proposed or not is open to question. There is plenty of debate to come at national levels as well as European ones. That key word “unjustified” has already been inserted into the proposals regarding geo-blocking fairly late in the game as the result of lobbying behind the scenes and the voices raised against geo-blocking are intense and vocal. Indeed, several experienced commentators make the point that it seems more likely that the ‘portability’ factor of the proposals, the ones that see content already paid for by a user, say, in the UK, can also be watched by the same user when they travel to Bruxelles, will be the ones that get actioned by the EU and supported by the industry in a horse-trade to make sure that the geo-blocking is quietly forgotten about.

Please also see Huge Boost for OTT as Europe Guarantees Open Internet which examines some of the (in this  case positive) consequences of the DSM.

Christine Maury Panis is the Executive Vice President & General Counsel of Viaccess-Orca. Christine joined Viaccess in 2001 to create the legal and IP department and is currently Vice President of the Audiovisual Anti-Piracy Alliance, the successor to AEPOC (European Association for the Protection of Encrypted Works and Services). Prior to this role, Christine was legal counsel within the Thomson Consumer Electronics division from 1986. In 1996, moved to CANAL Group to manage the launch of the digital bouquet and helped create CANAL + Technologies which protect and license technologies worldwide. Christine graduated the Paris Law University in International Business law and the French Institute for Interpreters and Translators.