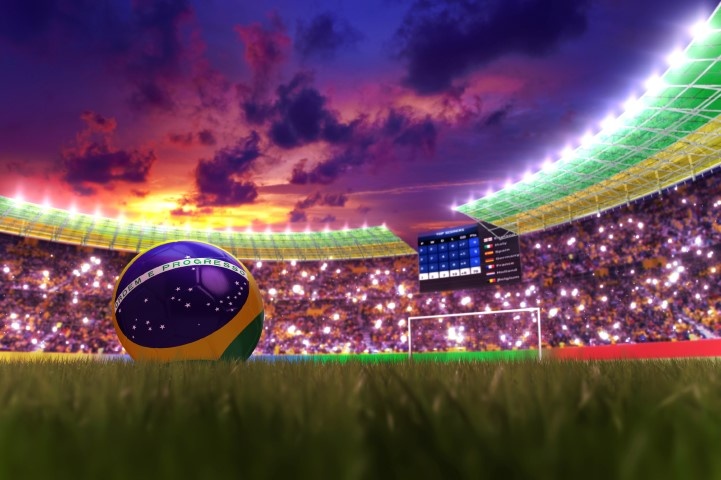 Paris—July 25 2014 — Viaccess-Orca, a global leader in the protection and enhancement of content services, has released a series of reports that provide detailed information about live-streaming piracy and the effectiveness of its anti-piracy solution during the world’s largest football event, which recently concluded in Brazil. Utilizing data gathered by Viaccess-Orca’s Eye on Piracy solution — which helps content owners and service providers detect, fight, and legally stop piracy — the reports identify key challenges that content service providers and content owners face when delivering live television content, including sports events. More information about the reports can be found on the Viaccess-Orca website.

The reports, put together by Viaccess-Orca, are based on an extensive anti-piracy campaign led by the company in June-July 2014. Throughout a 32-day period, Viaccess-Orca’s Eye on Piracy solution monitored every football match during a major global sports competition, to assess content piracy, providing comprehensive information about the illegal streams, the sources of those streams, and identifying illegal websites, all in real time.

Social media networks played a critical role during the football competition both in a positive and negative way. According to Twitter, there were 618,725 tweets per minute at the end of the final match, which is a social media record. However, Viaccess-Orca’s Eye on Piracy campaign identified that social media networks such as Facebook and Twitter were used by specific piracy groups and links. For example, out of 707 takedown notices sent to pirate site owners during a single football match, 51 were sent to content platforms referenced on Facebook.

Based on analysis from the campaign, Viaccess-Orca recommends that legal streaming services should be made available by content rights holders in order to maximize viewing possibilities for subscribers, anytime, anywhere. This approach maximizes the service return on investment (ROI). To optimize the quality of the viewing experience, the size of the streaming service or CDN has to be set and managed carefully considering certain viewing periods are busier than others. The appropriate scalability measures should also be anticipated in order to absorb any surges in demand.

Viaccess-Orca’s Eye on Piracy is a service that complements security measures enabled by CA and DRM systems by actively monitoring live video restreaming over the Internet: first by detecting streams suspected of piracy and monitoring the content, then sending legal notices to pirates to cease and desist. Finally, the service gathers proof of infringement and legal evidence about the pirated activity.

“Over the last five years, piracy has become a serious problem for content service providers and owners, especially during live sports events,” said David Leporini, EVP marketing products and security, at Viaccess-Orca. “The main objectives of launching this campaign were to demonstrate that piracy is a reality, offer our insights about the issue, and show operators and rights owners how they can fight back using an intelligent security solution such as our Eye on Piracy. Overall, we managed to have 35 percent of the illegal streaming links disabled before the end of each game.”

Viaccess-Orca will demonstrate Eye on Piracy at IBC2014, Sept. 12-16, in Amsterdam. To see a live demonstration of the solution and discuss the campaign results with Viaccess-Orca’s experts, visit booth 1.A51.