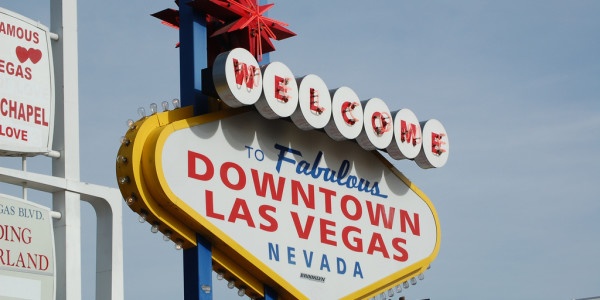 This year we will be making history at NAB when we show the Virtual Arena, an end to end system developed with Harmonic and VideoStitch for capturing live events in UHD 360 for the burgeoning VR market. We broke new ground with France's TF1 at the end of March when they broadcast a football match in the format to VR headsets for the first time, and you can make an appointment to see us on the Harmonic booth at NAB (SU1210) and watch the replay.

Everybody, especially people who have been heading out to NAB for a few years, think they know Las Vegas. But once you get away from The Strip and the casinos a whole new city unveils itself and some of what it has on offer may surprise you. So, for those heading out to NAB 2016, a) we wish you a safe journey and c) here's our quick guide to what you can do once you're outside the LVCC and have some time on your hands.

Even seasoned travellers stand on the edge of the Grand Canyon with their mouths hanging open, it truly is one of the most astonishing sights in the world. It's also a long way from Vegas though, so unless you're adding enough time for an overnight visit on to the end of your NAB trip, you'll have to pay for one of the helicopter visits to get there. Cheap, no. Unforgettable, yes. 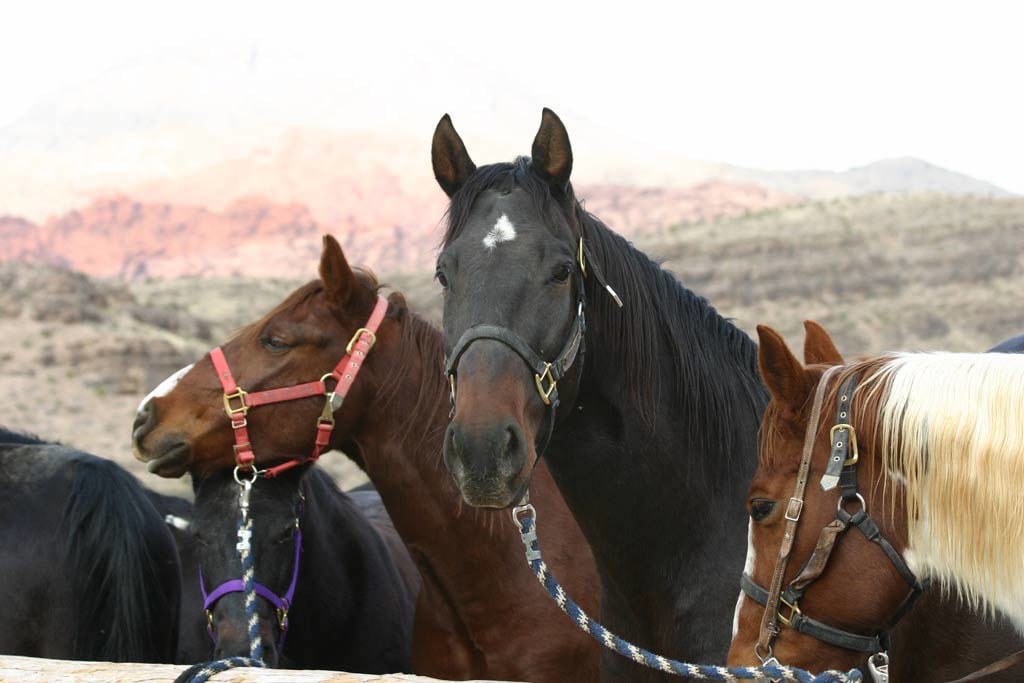 One of the best ways to see the desert close up is by horse and companies like Cowboy Trail Rides and others will take you on anything from a brief amble along the trail to a full day trip ending in a Western BBQ. Experience isn’t necessary, but willingness to wince a bit when you sit down for a few days may help. Worth it though.

A Night at the Museum 1 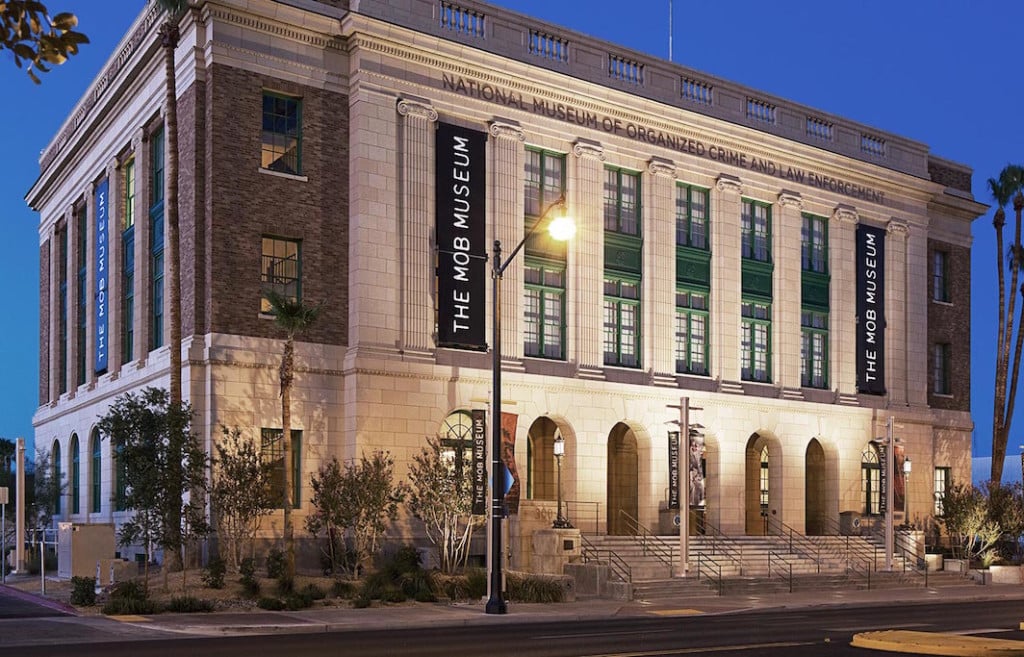 By way of a contrast, amidst all the glitz and glamour of the city there is also some culture and genuine interest available if you poke in the cracks hard enough. Okay, culture might be a bit of a stretch for the Pinball Hall of Fame, but it has more than enough playable exhibits to wile away a few dead hours (and is way more interesting than slots). The National Museum of Organized Crime and Law Enforcement, aka The Mob Museum, and the $55m Discovery Children’s Museum (in case anyone’s extending the show into a holiday and taking the family out there) have also both opened recently and are proving popular.

For something a bit less sedate, the SlotZilla Zip Lines will catapult you (not literally — though that could be fun) down the length of the Fremont Street Experience in Downtown. Prices start at $25, but it’s the $45 ZoomLine that starts off over 10 stories up and takes you the length of the street at up to 40mph that’s the main attractions. 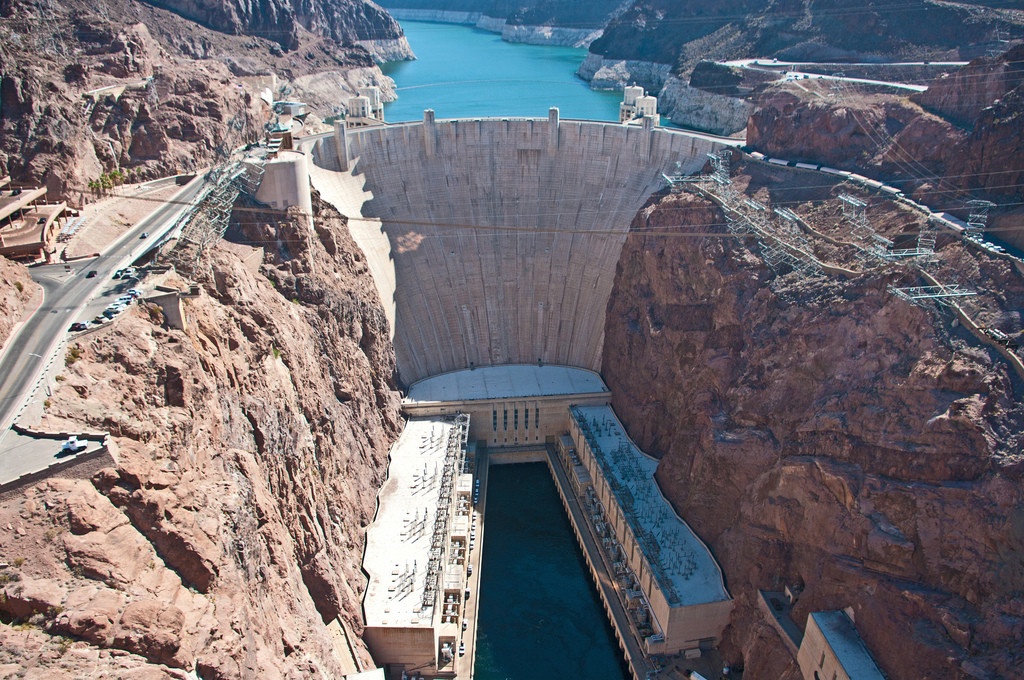 Manmade rather than the result of millions of years of weathering and channeling, but almost as impressive as the Canyon is the magnificent Hoover Dam. Plenty of tours will take you the 45 minutes or so from the Strip to marvel at the dam’s vertiginous beauty, and you can spend even longer than that on the Dam Tour that will take you through the powerplant and let you explore passageways within the dam itself. Not one for claustrophobics.

On the thrill-seeking radar, Adventure Dome at Circus Circus has two top class coasters in the shape of El Loco and Canyon Blaster, the world's only indoor double-loop, double-corkscrew roller. There is also the famous 67mph Big Apple Coaster at New York, New York to consider, while the Stratosphere Hotel has yet to run out of ways of terrifying people 1100 feet up in the Las Vegas skyline. The Thrill Rides section on vegas.com has the details of all these and more.

The Valley of Fire

The Valley of Fire State Park with its 3000 year old petroglyphs and petrified wood, is under an hour from Vegas but you might as well be on the Moon. Its many red sandstone formations look to be on fire where the sun is fierce, hence the name, while the rock art is a genuine wonder and most easily accessible around Mouse's Tank and Atlatl Rock. A genuinely haunting location.

A Night at the Museum 2

Jewel in the crown of the Vegas museums is the wonderful National Atomic Testing Museum: a reminder that the Nevada Test Site, where so many of the US atomic tests took place, was only 65 miles away and the mushroom clouds could often be seen from The Strip. Indeed, they were even sold as a tourist attraction. A real reminder of a forgotten age.

The Truth is Out There 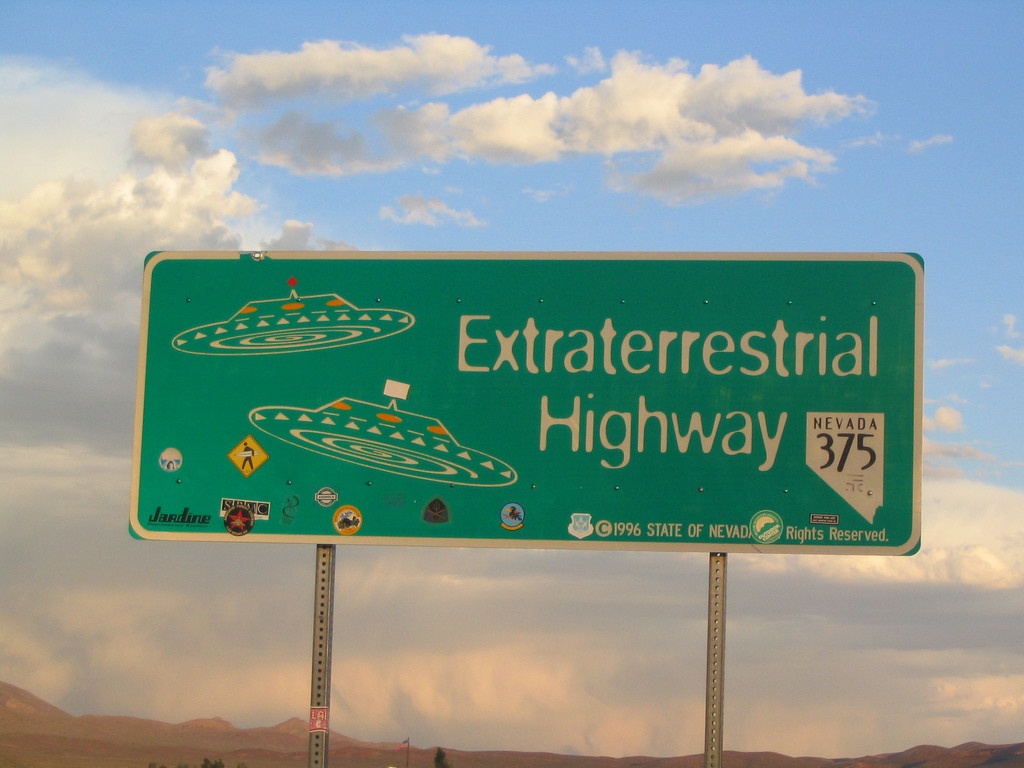 One of the Atomic Museum’s big new exhibits details the myth and reality surrounding Area 51, but hire a car and drive 83 miles North-Northwest from Vegas and you can find yourself right at the ‘Epicentre Of Everything Extraterrestrial That’s Happened In This Country Over The Past 50 Years’ or the small town of Rachel, depending on your point of view. You’re not liable to get lost on the way either: State Route 375 that leads there has been renamed Extraterrestrial Highway and the road signs say things like ‘Speed Limit Warp 7’ and the like.

Meanwhile, back in the real world, you can see science fiction become science reality and set up a meeting with us to view the unique Virtual Arena demo at NAB here.