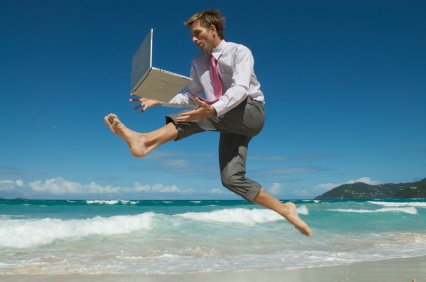 The buzz surrounding Apple’s TV and rumored HDTV, and Microsoft's Xbox LIVE, are signs that these two lions are among the leading innovators shaking things up in the OTT world.

The Apple TV, an Internet-connected set-top box that streams from the iTunes store without any need for storage or syncing, revolutionized the OTT world in many ways. Consumers appreciated that it provided access to Netflix, YouTube and Flickr content. Apple’s AirPlay, which quickly followed on the heels of Apple TV, was the first feature of its kind that enabled users to switch seamlessly between devices without losing their place in their video or music choices. This slowly led to widespread talk about the rumored Apple HDTV.

The chatter surrounding Apple's HDTV has consumed enthusiasts and bloggers for years. Responding to these rumors, or perhaps trying to dodge the bullet, Apple’s CEO Tim Cook commented, "There's a lot we can do in this space. So we continue to pull the string to see where it leads us." The latest rumors coming out of Foxconn, the Chinese manufacturer that develops most of Apples products, are that they are currently testing designs and materials, including LCD panels ranging between 46 to 55 inches. If Apple’s HDTV is launched in 2013, its promised comprehensive and connected experience will certainly have a major impact in the OTT world. In turn, Apple will continue going head-to-head with Microsoft.

Microsoft's Xbox LIVE, the first game system accessible through a TV content distributor, transformed Xbox into an OTT solution, creating a big stir in the industry. Online video and audio providers quickly jumped on board, and the addition of social networks completed the experience. Microsoft turned it up another notch by replacing the remote control with voice and motion control through Kinect. This gave Microsoft an advantage over competitors such as Google TV, Boxee and Roku.

Microsoft made these bold moves after extensive research into multi-screen audiences. The company learned that in addition to the connected experience, users wanted improved content that could help create a more relevant and informative media experience. Acting quickly on their findings, Microsoft rapidly emerged as a leader in the OTT environment.

And the winner is…?

Apple and Microsoft have both been recognized by ABI Research for their innovations in OTT models. Apple received high marks for its implementation and innovation, while Microsoft’s Xbox LIVE was cited as a platform to watch because it “best depicts the growing importance of the hybridization between OTT and pay-TV services.” Both companies have made waves in the OTT market by reinventing the television-watching experience, and they continue to work on innovations for future release.

So now the big question is: Who will ultimately dominate the living room? Giving an answer is tricky, since both Apple and Microsoft have a knack to pull surprises out of nowhere. Even as they roll out new products, they are already working on newer ones. It’s a close race between Apple and Microsoft, and we should all stay tuned and keep tabs on the goodies they deliver.