Betting on the Future of the OTT TV Platform 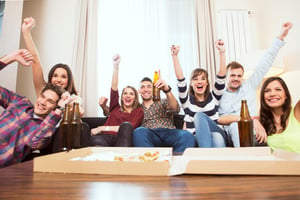 Increasing numbers of operators are either looking to launch new OTT services or transition their traditional television business.

A new white paper from Viaccess-Orca lays out the reasons for this evolution. We’ve summarized some of its findings and arguments in this blog post below, as well as introducing some just published survey material that adds additional impetus to the movement towards OTT. But make no mistake, since the inflection point of 2015 when major media networks decided to launch their own OTT streaming services in the shape of HBO Now, CBS All Access et al, OTT is no longer just a phenomena all about growth. For many broadcasters in the Pay TV sector it is now both the elephant in the room and the 800-pound gorilla.

The challenge for media businesses is to meet their customers’ OTT demands. If they can manage that, they will secure recurring revenue and expand their opportunities to reach and gain new customers.

Two surveys published in April 2018 by the same company, Digital TV Research, paint a compelling picture of the post-2015 world. For Pay TV providers it is no doubt a bleak one, while for the companies involved in the business of the OTT TV Platform the future is looking very promising indeed.

The company’s Global Pay TV Revenue Forecasts report suggested that global Pay TV revenues peaked in 2016, where they reached $205 billion. In the two years since, they have started their drift towards negative growth, with it being estimated that they will fall 11%, that’s $22 billion, by 2023.

By way of extreme contrast, Digital TV Research’s vMVPD and D2C TV Forecasts report reckons that vMVPD and D2C revenues will reach $24 billion by 2023 — eight times the $3 billion recorded in 2017.

“We forecast 77 million vMVPD subscribers by 2023, up from 21 million at end-2017. The US will contribute 28 million to the 2023 total, with India supplying 16 million,” said Simon Murray, Principal Analyst at Digital TV Research.

‘Paradigm shift’ is an oft-abused term, but the degree of change which OTT has brought to the business of distributing content cannot really be described any other way. It has shifted not just the goalposts but the whole playing field, to the extent that our whitepaper quotes figures suggesting the number of global OTT services grew 23% between 2016 and 2017, from 978 to 1200+.

Essentially it is a technology whose time has come. Companies offering OTT services are able to do so on the back of technological change sweeping through multiple industries, from the smartphone and tablet that enable the portability of content, to the growth of broadband networks fast enough to guarantee QoS for high quality video signals, to the advent of the cloud and the ability to scale computing power and server capacity to meet demand. And the way that these technologies intersect with socio-economic forces on a national and international scale has led to the development of five distinct OTT niches.

The last two are particularly worthy of note as, between them, Crunchyroll (manga and anime) and WWE (wrestling) have 3 million paying subscribers.

Consumers: The Key to Joining the OTT Future

So, how do companies that wish to enter the OTT market position themselves to take advantage of its accelerating growth? Having been associated with OTT from its initial deployments up to its current state of the art, we have come up with a long list of key factors that can be the difference between failure and success.

And we mention ‘failure’ here in particular because, while the opportunities in the field are immense, it is not without its risks. There have been several high profile failures in the field, with NBC Universal’s shuttering of the comedy-specific Seeso probably the most spectacular to date.

The real key though is satisfying the consumer. If you take Netflix and Amazon Prime Video out of the equation, churn rates in the US OTT market have now gone through the 50% barrier. From the sign up process onwards, the user experience of an OTT service needs to have the consumer front and centre at all times. Essentially they want to watch exactly what they want, when they want, and on any device. That means a seamless, customer-facing and high quality video experience with no pain points powered by a data-driven back-end that can understand their needs.

As Patricia Frith writes in her conclusion: “Perhaps now more than ever in the history of our industry, consumers are in the driver’s seat. Should anyone forget this basic premise they will be left on the side of the OTT super highway.”