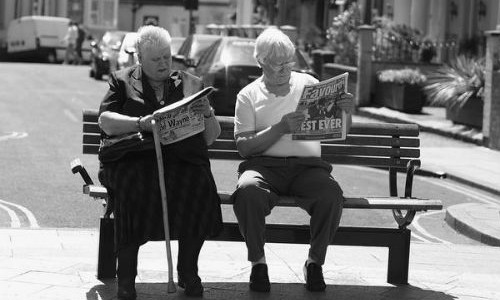 Like much of the industry, we’ve been at MWC in Barcelona this week, talking to customers, showcasing our solutions and keeping an eye on the trends. There were so many highlights it would be hard to cram them all in here. However, Google and Android have shone out, the rise and rise of wearable tech continues unabated after making such a splash at CES and a certain Mark Zuckerberg dropped by to explain his vision of a truly connected planet.

But for all the genuine excitement in the Catalan capital, it wasn’t the only place where big things were going down and right now it feels like this series of posts should be called Hot Netflix News of the Week, given how frequently the OTT service appears. We were hoping we could tackle some different topics in this round up but the revelation that Netflix has done a deal with Comcast in the US and the speculation around it suggests massive implications for how the Internet of the near future operates. Amazon, meanwhile, continues to nip at its SVoD rival’s heels.

News that Netflix has done a deal with US cable operator Comcast to ensure smooth delivery of its content has, understandably, set alarm bells ringing. Coming less than a fortnight after Comcast announced its planned acquisition of Time Warner Cable, it also follows previous accusations by Netflix that the service provider was slowing its service in favour of its own VoD offering.

The full terms of the deal have not been revealed, with a joint statement saying only that Netflix would receive “no preferential network treatment” but would benefit from “a more direct connection”.

Consumer rights group Public Knowledge has been just one of the outfits voicing concern. Its senior staff attorney, John Bergmayer said: “It appears that the largest ISPs are demanding payment from networks that deliver content and services that residential broadband consumers demand.”

Comcast is currently obliged by US law to treat all web traffic equally, practicing net neutrality and meaning its own Xfinity video streams should be no faster than streams from Netflix. That obligation, however, ends in 2017 and consumer groups have raised the spectre of a two-tiered internet which will hike up consumer’s monthly bills and stifle competition from start-ups.

It’s an interesting prospect to say the least. We’d love to know what your take on this latest development is.

Amazon sets its sights on TV - again (Wired)
Rumors are surfacing that the online retail giant will be launching its Web TV box this March, and the boys at Wired are suggesting it will be rather more than a simple challenge to existing devices from Apple and Roku.

It’s thought that the box will bring Amazon’s Instant Video offering to life. Previously seen as little more than a cute offering bolted on to the guaranteed two-day shipping promise an Amazon Prime subscription buys you, the service currently gives free access to a library of film and TV shows available to be streamed online. What’s more, right now it’ll cost you less (in the US) than your Netflix subscription. Linking the Instant Video to the Amazon Web TV box could be a cable cutter’s delight - especially as Prime subscribers can complement the Instant Video library with additional paid-for TV content, such as Breaking Bad, frequently mere hours after their network debuts.

Wired’s story does admit that Amazon is facing pressures – its retail growth is slowing ¬– but posits that, given monumental success in books and hardware, specifically the Kindle, not to mention the expansion into programme making, the company under CEO Jeff Bezos’s guiding hand demands to be taken seriously. Do you agree?