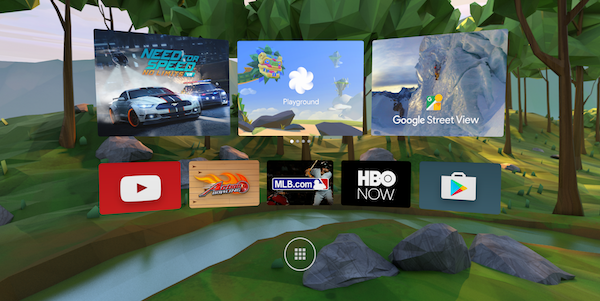 Underlining the importance of VR to the world’s technology companies, Google has unveiled a wholly new Virtual Reality platform based around the new Android N operating system. Meanwhile, it looks like pressure to keep audiovisual industry geoblocking in place in Europe is beginning to tell, and Digital TV has now become by far the dominant technology around the world.

Google Gets Serious About VR (The Verge, CNet)

What seems a lifetime ago now, and in terms of technology cycles, probably is, Google launched its Google Cardboard VR device as a bit of a low-end antidote to the news that Facebook had just spent billions on acquiring Oculus Rift.

While effectively democratising VR overnight, Cardboard also probably handicapped the company’s forays into the format, giving them a low-end stigma that it’s now looking to overturn with the Daydream VR platform.

Announced at its annual I/O Conference jamboree, Daydream is a tetherless system that is set to be powered by the soon to be released Android N operating system, which has been developed to contain a dedicated VR mode. In other words Google has eschewed the idea of making a standalone VR headset — and being one of the major investors in Magic Leap, it probably doesn’t need to go down that route with its own wares as well — instead producing something that any Android smartphone manufacturer can use to create a VR headset of their own.

Effectively, it’s Cardboard Redux: a system that includes a lightweight headset, accompanying motion controller, and has a much more rigorous set of requirements for the smartphone element of the system.

According to CNet, plenty of other companies have signed up to make the phones (Samsung, HTC, LG, Huawei, Alcatel, ZTE, Xiaomi and Asus); the list of content partners is impressive (Netflix, Hulu, HBO and Imax, MLB, the NBA, CNN, The New York Times and The Wall Street Journal, not to mention game developers including Ubisoft and Electronic Arts); and the projected $800 price puts it in line with the full Samsung Gear VR set-up.

And if that seems expensive, remember it includes a top of the range smartphone… This could be the whole democratisation of VR process repeated again only at a much more serious level.

Uncertainty Over the Future of European Geoblocking (Broadband TV News)

It’s starting to look like the audiovisual industries might gain an exception from the proposed end to geoblocking that is enshrined in the forthcoming Digital Single Market legislation.

We first wrote about the DSM last year (see ‘What a Digital Single Market Means for Europe’s Media’) and, as is inevitable with these things, there has been plenty of horse-trading behind the scenes and changes made as the legislation winds its way through the European parliaments and committees.

The latest information, reported in Broadband TV News and emanating from the German business newspaper Handelsblatt, suggests that the soon to be published regulation draft will indeed prohibit the blocking of websites and the products they offer from other EU countries, but that audiovisual services will be exempt from this rule.

As the article continues: “The European Commission will not take up the geoblocking issue again, the paper quotes sources in Brussels. This would include the planned harmonisation of copyright.”

The news comes in roughly the same timeframe as a major report was released criticising the plans to change territorial exploitation. According to economic consultancy Oxera and media consultancy Oliver & Ohlbaum, rather than increasing choice the removal of AV geoblocking would threaten cultural diversity across the region and reduce the volume and quality of original content in the EU, all of which would have a ’welfare loss’ to consumers measured at €9.3bn a year in the short term.

The full report, ‘The impact of cross-border access to audiovisual content on EU consumers’, is available here.

Another subject we’ve written recently about is the explosive growth underway in the APAC market, and it seems this is helping fuel a worldwide stampede towards digital.

The latest edition of Digital TV Research’s Digital TV World Datebook reports that, between 2010 and 2015, the number of digital TV households in the Asia Pacific more than doubled to reach a total of 608m, contributing significantly to an overall global figure of 1.17bn households -  76.4% of the world’s total number overall.

Rapid TV News breaks the growth figures down further. The number of pay-TV households has risen to 907m (of which the vast majority, 771m, are digital); there were more IPTV additions (88m) than satellite pay-TV (67m); and China is now the largest digital TV nation of all, containing 339m households or 298% of the world’s total alone.

Total pay-TV revenues from subscriptions and pay-per-view revenues from films and TV episodes meanwhile reached $206bn in 2015, up by 19.4% from $172bn in 2010. These revenues are probably only going one way too. In 2015, the US recorded pay-TV revenues nearly ten times as high as second placed China, but the rest of the world is catching up fast.