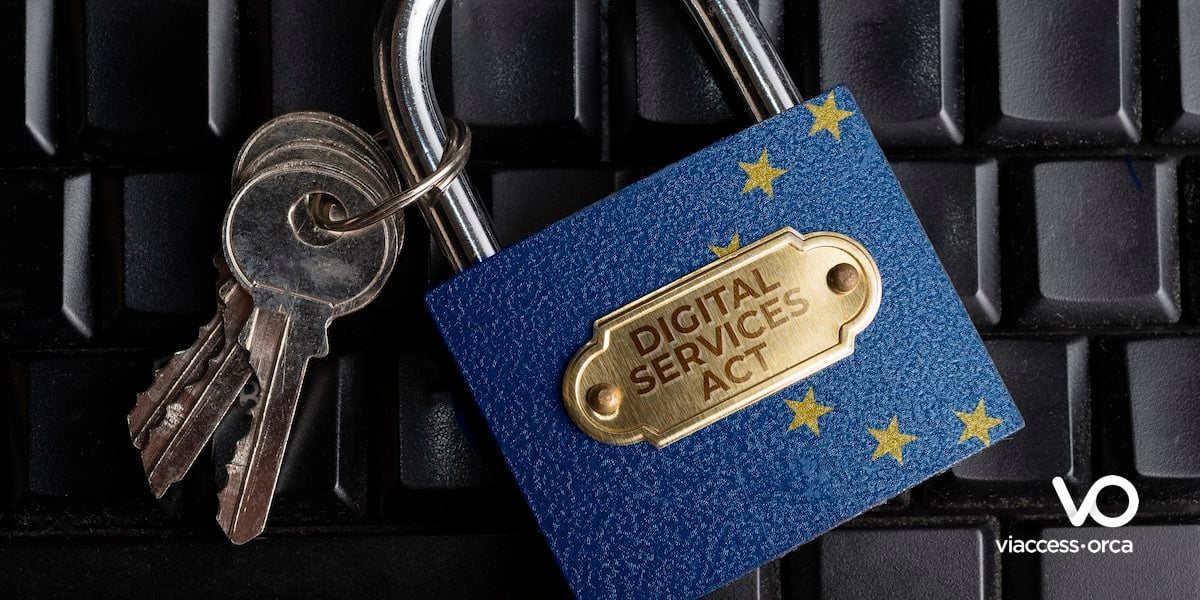 The EU’s General Data Protection Regulation (GDPR) legislation changed the way the online world does business by vigorously protecting consumer data. A few years on and the EU has now agreed another far-reaching piece of legislation that could have significant worldwide impacts.

Following some fairly hardline negotiations, the bloc has agreed the broad terms of the Digital Services Act (DSA), which in part is being enacted to force tech companies to take greater responsibility for content that appears on their platforms. New obligations include removing illegal content and goods more quickly, explaining to users and researchers how their algorithms work, and taking stricter action on the spread of misinformation.

Companies face fines of up to 6% of their annual turnover for noncompliance. Given that some of the companies involved include the likes of Google, Meta and others, we are talking some significant sums of money here. And while the legislation only applies to EU citizens, as with the GDPR the effect of these laws will reverberate around the world. The biggest tech companies may decide to use the new laws as a benchmark and ensure compliance across their businesses. Or some may just decide to withdraw from Europe all together.

A withdrawal from the lucrative European market seems unlikely at this stage, but there is a lot that could change here. The details of the new law’s text have yet to be finalised but The Verge has assembled a list from obligations already published by the European Parliament and European Commission. And there are definitely some things in here that will impact the video industry.

As we said, far-reaching.

The reception from broadcasters has so far been largely positive. The Association of Commercial Television and Video on Demand Services in Europe (ACT) released a statement saying it broadly welcomed the proposals, but wished it had gone further when it came to online TV piracy.

“The proposed notice and action procedures will have to be analysed in light of existing copyright laws to ensure processes that lead to rapid take down and stay down measures can continue to be applied and improved,” it said. “Co-legislators may wish to assess lost opportunities to crack down on online TV piracy. The role and scope of trusted flaggers and Know Your Business Customer provisions are too narrow to effectively target and suspend abusive behaviour. Unless more is done in this respect, the broadcasting industry will suffer from online piracy for many years to come.”

The final wording of the document is still to be locked down, so there is perhaps some wiggle room for Big Tech, which has been lobbying intensely to water some of the proposals down. Indeed, as Torrentfreak points out: “both rights holders and digital rights activists are not completely happy with the DSA, which is an indication that it’s somewhat of a compromise.” But the main thrust of it all seems to be now agreed on, with its vote into law seen as a formality. The new rules will apply to all companies 15 months after the act is voted into law, or from January 1st, 2024, whichever is later.

The US television market has always been an extremely active one, and has been even more dynamic since the arrival of the major SVOD services. Every so often it undergoes fairly major changes too, as consumption patterns shift. Sometimes this is down to technological changes such as the introduction of decent mobile video, sometimes it is down to wider, macroeconomic events that have an impact on consumer confidence and household budgets.

It seems to be the latter that is having the biggest say in the market at the moment as households examine their spending on streaming services. After a couple of years of pandemic fuelled rising figures, according to new numbers from Kantar growth has now stalled. As of March 2022 there were 110.2 million US households accessing streaming services, a total streaming penetration of 86%.

What’s interesting are the changes within those figures. SVOD still dominates with an 81.4% penetration, but that’s edging slightly down while both AVOD (20.2%) and FAST (25.3%) are growing. AVOD is, in fact, up 10% on the previous quarter, making it easily the fastest growing type of service.

US audiences may have finally reached peak stacking as well. The average household is accessing 4.7 services, which is unchanged quarter-on-quarter.

Netflix’s troubles in the past quarter are well documented elsewhere, and to add to them Kantar reckons it has lost 4% of market share in the past year. 8% of US households accessed a new service in Q1 22, with Amazon Prime Video being the #1 destination for new SVOD subscribers for the fourth consecutive quarter (even though its share is down 3% points quarter-on-quarter). If there are winners they are HBO Max and Paramount+, both of which saw the greatest rise in share of new subscribers up to 12% and 9% respectively.

“Kantar said the market should expect to see a greater rate of churn and switching as consumers are more selective about what they watch,” summarised Rapid TV News. “It added that for streaming platforms, now was the time to ensure they keep streamers engaged after they finish a piece of content through their easily navigable interface and content recommendations. It also expected to see more value-driven price points to prevent cancellations, like Netflix’s consideration of a more affordable, ad-based option, and that despite challenges, US streamers were not leaving the streaming category.”

Leaving aside Netflix’s consideration of AVOD for the moment, one thing the streamer is definitely doing to reduce churn is making it easier for viewers to find what they want to watch. This is, of course, a vital move for any successful streaming service, and Netflix’s approach will be closely watched.

Basically, it’s introduced an easy to navigate category hub in the left-hand menu on both adult and (interestingly) kids’ profiles. There, viewers will see a personalized Top 3 of categories based on what that like to regularly watch. This will also include curated collections to celebrate local holidays like Earth Day or International Women’s Day, as well as globally popular categories like anime, drama, and children & family.

In total, there will be around 70 categories featured in Category Hub, which not only includes the personalized Top 3 and 15 globally popular categories, but also an additional 55 categories that are billed as being locally relevant and will be scattered across different markets.