How to Launch an SVOD Service in the Age of Acceleration 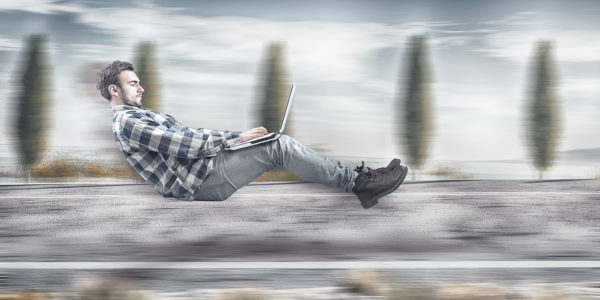 Just about five years ago, if you wanted to distribute your video content via the Internet and retain any kind of a full-quality experience, it was an intimidating and extremely costly endeavor. The technical infrastructure for streaming services required a substantial investment in proprietary software, capital equipment, and a braintrust of sophisticated engineers, as well as a healthy dose of science, experimentation, and alchemy to get it just right.  But as with all things associated with the digital age and broadband, rapid acceleration in the scaling of this business and the development of commoditized solutions in the last couple of years have presented fewer and fewer barriers to entry.

While we all marvel at how Netflix came out of nowhere and now has tens of millions of subscribers, streaming services actually have a long and complicated history. The first live streamed event dates back to 1995 when ESPN SportsZone streamed a live broadcast of a baseball game between the Seattle Mariners and the New York Yankees over the Internet. It was cutting-edge technology back then. What ensued after that was the introduction of a series of increasingly sophisticated technology protocols, which, one-by-one, replaced each other as the market-dominant streaming solution. 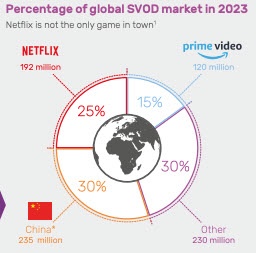 Along with ESPN, we saw big names like AOL, Microsoft, Apple, Adobe, and many other leading companies striving to solve scalability, bandwidth and buffering problems, each making inroads more than the last. But the trial and error process is not unique to the tech business and eventually, the streaming business started to gain real momentum and scale.

OTT Subscriptions on the Rise

Today, more consumers subscribe to an OTT service than have DVRs. That is a breathtaking milestone, and the number of subscribers and SVOD services keeps growing.  CBS All Access and Showtime Anytime services have reportedly topped 2 million paid subscribers each and were projecting 8 million by 2020. Niche services like CrunchyRoll and WWE each have over one million subscribers and are acquiring new customers hand over fist. In anticipation of this kind of growth, companies began scrambling to get into the subscription streaming business in droves, while spending extraordinary amounts on infrastructure; in many cases, even more than what they were spending on content.

In the rush to market, there are great cautionary tales that have surfaced, but out of the struggle, some smaller, defter companies have emerged that seemed to really get it right. A handful of other companies seized on an opportunity to focus on perfecting and commoditizing the delivery itself, the so-called “back end” rather than build their own consumer brands and content offerings. These companies rightfully saw a brand new product opportunity in this industry (but old hat for the conventional broadcast business) with an “off-the-shelf” solution, selling their technology and service packages to third parties, but most importantly, acquiring very high valuations because it seemed like they figured out how to bottle a modern miracle.

One of these industry leaders is BAMtech, a technology company spun off from digital media company MLB Advanced Media, which in turn was developed by Major League baseball.  BAMtech suddenly came under the bright media spotlight last August when Disney acquired a 33% stake in the company to the tune of US$1 billion.  That valuation really opened a lot of people’s eyes. Was this one of the great deals of the year, or will time show us something else?

I think it is the latter. I draw this very clear line because the enormous valuations placed on “back-end” services like this represent a very brief window in time. Companies like BAMtech and others have convinced many frightened traditional media executives not only that they created the better mouse trap, but that they are in fact the only ones to even have a mouse trap that works. Yet, looking back on everything else that shook the Internet world over time (remember that dial-up behemoth AOL was valued many, many times higher BAMtech) we should always remember how quickly initially expensive solutions to problems scale, become more practical for more people to us, and, in effect, become commoditized.

Recall, if you will, Moore’s Law, which is actually now rapidly outpacing the original law.  In any event, it was originally conceived to describe the exponential growth of integrated circuits developed by Intel and others. This same theory can be applied to the rapid acceleration in the growth of the Internet and the products that serve and flow through it. Researchers predicted that the Internet would double in size every 5.32 years back in 2009 and I’m sure that prediction itself has doubled since then!

Understanding the back-end of streaming

And so it seems to me that, over the last few years, the correct viewing paradigm for understanding the back-end of streaming is ‘trust in some discipline and rid your mind of the mythology.’ There is no great and powerful Wizard of Oz behind the curtain pulling all the levers so that your service may be streamed magically to the nearly 4 billion people worldwide with access to the Internet. Be very wary, as an investor or prognosticator, of the valuations ascribed to the leaders in this area. Like the Wizard of Oz himself, they may not live up to the hype.

The real value is in a bunch of learning algorithms that are being tested over and over again, and that are becoming increasingly cost effective. The precise nature of learning algorithms, serving multiple streaming brands, means increasing scale, decreasing cost, and a set of technologies that are self-improving with every single user interaction. There is no better description of commoditization than that.

While BAMtech and others are out there, their pole position has already been challenged. In the last couple years, a burgeoning outcrop of top-quality “white label” vendors for streaming services have proliferated across the world. These are attached to some well-known tech companies from the traditional broadcast businesses that have great reputations. And trust me, there are other robust competitors just around the corner. But most importantly, there are a variety of turnkey solutions available now that can get your brand and content streamed over the Internet for a fraction of what it cost before, and these costs are literally going down by the month, and perhaps as you read this!

Before streaming, the previous, dominant form of video distribution was, of course, broadcast play out. Twenty-plus years ago, the same dynamic existed. To have a state-of-the-art facility, a company would have to invest an enormous amount of resources — capital, equipment, people — to building a bespoke operation. Some years later, this turned into a commoditized business, with all sorts of third-party technology suppliers offering not only better, but more reliable, end-to-end global services at a fraction of the cost.

In both cases, at the heart of the change is the very nature of supply and demand that happens in any industry, but what’s more interesting in the case of the streaming media business is that it proves once again how the Internet accelerates and warps any type of proprietary technology into one that is able to be packaged and be made widely available at a low cost. In broadcast, this cycle took years and years from start to finish, but with the Internet, it has happened with lightning speed by comparison.

So what are the lessons to be learned and applied to your SVOD services business strategy today?

First, don’t be fooled by those who try to convince you that barrier to entry is insurmountable. That’s either a strategy to limit competition or some “know it all” you should most certainly ignore. Niche and other SVOD services are proliferating everywhere in a way that’s happening even beyond what happened with linear channels with linear channels not only because of the limitless bandwidth inherent in the promise of the Internet, but also because the infrastructure side may soon become almost a cost afterthought.

Second, there is a lot of competition out there and, if you want to get into the streaming business, you can certainly find the right combination of cost and service offerings to suit your business needs, whether you’re looking to service a specific region or the whole world. And last, don’t forget that Moore’s law is in full force and bearing down even harder in this age of acceleration. Like Winter, change is coming, so be prepared for it and use it to your advantage. 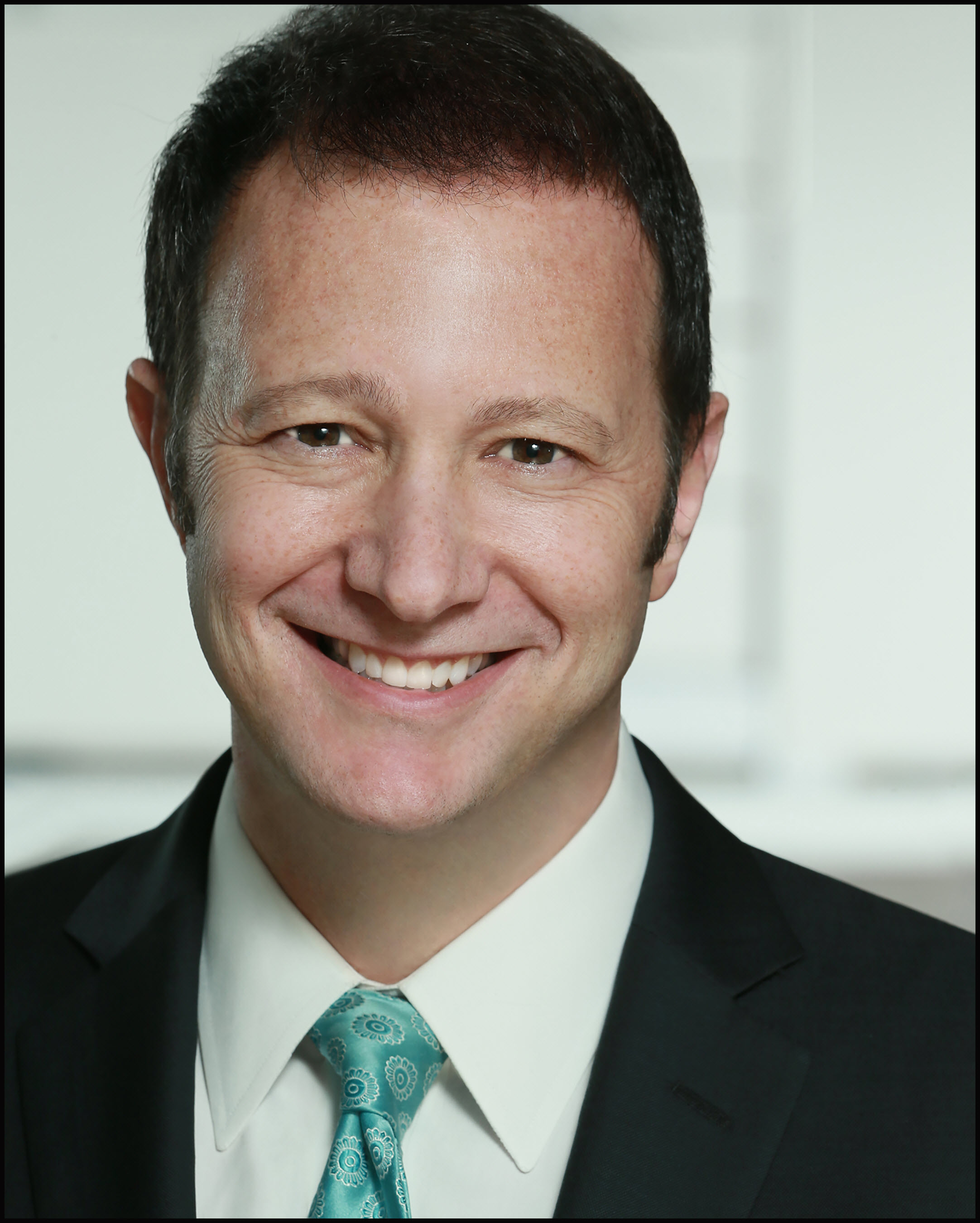 Over the course of his career, Bruce Tuchman has been responsible for taking some of the most popular and influential US television networks worldwide, transforming them into dynamic international brands. Currently, he is an active investor and entrepreneur within the global media and technology sectors. Bruce is a Board member of the global data science company Parrot Analytics and a senior advisor to iflix. He is also Chairman of the Americas Fund for the London School of Economics, and is on the executive committee and Board of Directors for the International Academy of Television Arts & Sciences. Most recently, Bruce served as President of AMC Global and Sundance Channel Global. Previously, he headed MGM Worldwide Networks, Nickelodeon Global Network Ventures and New Media Ventures, and international development for MTV Networks. Bruce began his career as an M&A attorney with Skadden, Arps, Slate, Meagher & Flom in New York and London.