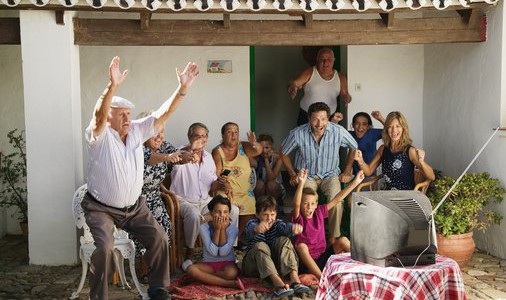 One of the most pressing problems rapidly emerging in the new TV landscape is the one of who is watching. In the old days of traditional broadcast it was simple: national organisations —and they have become household names in themselves; Nielsen in the US, Barb in the UK —recruited panels of viewers over a wide demographic who had special equipment fixed to their televisions that detected the frequency of the channel being watched. This logged everything they watched, the data was gathered, and then simply extrapolated up to represent the entire population.

The tools slowly become more sophisticated over the years. Nielsen added a diary that families could fill in, the weighting of statistics and mathematical analytical tools became more sophisticated, Nielsen introduced the ‘people meter’in the 1980s, a remote control type device that meant that family members had to key in a numeric password to show who was watching, but still there have been criticisms.

In fact, even in the old days you could argue that it wasn’t ever really simple. A single percentage point difference in the Nielsen ratings in the US represents life and death for individual programmes or even entire channels, and with so much at stake criticism of the system has been almost endemic. It suffers, says its critics, from response bias (a phenomenon where people behave differently because they know they have been selected); from failing to represent a truly diverse society; from failing to measure accurately some of the lower audience figures associated with the multichannel world; from not accounting for second screen and IPTV viewing; and from sometimes just being plain wrong.

Consider this March 2012 blog post from the UK’s audience measurement company, Barb. “There are around 11,500 people in the 5,100 panel homes and each home and individual in the sample represents, on average, roughly 5,000 of the UK population.”

Barb argued then that it was “a size that enables the reporting of robust data for the UK at a cost that can be borne by the television industry”but it doesn’t take much imagination to see where fairly hefty inaccuracies could be introduced into the system. Happily for all those with a passion for getting things right, big changes are afoot.

Barb’s efforts to keep track of the multiscreen broadcast ecosystem are illustrative. It’s been tracking PVR time-shifted programmes for some time (and allows a 28 day window for catch-up viewing to be counted) and since 2012 has been installing software TV meters on all laptops and desktops of member households, with tablet measurement due to start later this year. And by 2016 it hopes to have a new ‘gold standard’in its Project Dovetail in place, a hybrid measurement system that blends BARB panel data with tagged device-based data.

However, this is a market under pressure and none of the incumbents specialising in audience measurement have a government mandate. The traditional players are having to evolve fast to keep up, competitors are collaborating to understand how to measure and monetise new distribution options; while —and this is the really exciting new field —other companies are entering the market trailing realtime measurement systems and all the promise that they hold.

There’s even a trade body in the US, the Coalition for Innovative Media Measurement, set up specifically by a range of leading television content providers, media agencies and advertisers to promote innovation in audience measurement for television and cross-platform media.

Engagement is the key here. Broadcasters are all too aware that they are no longer operating in the passive ‘lean back’environment, but one where viewers ‘lean forward’and become actively engaged with content. By using technologies such as our COMPASS Content Discovery Platform or our DEEP Data Enrichment and Engagement Platform and by personalizing the service itself (UI and UX) viewers feel their preferences are being considered and thus better engagement can be achieved.

The longer viewers’attention can be captured, the stickier you can make content for eyeballs then the greater the share of a limited revenue pot you can garner to your own organisation. And as measurement tools become ever more sophisticated, that degree of engagement is only going to become more important.

It’s a big subject and one we shall return to after IBC, where audience measurement is going to be one of the sub-topics energising the conference. Then we shall look in detail at some of the tools and methodologies that are being developed, as well as their implications for the industry.

To make an appointment with one of our specialists and talk about some of the directions the industry is heading in and how Viaccess-Orca can help you, click here