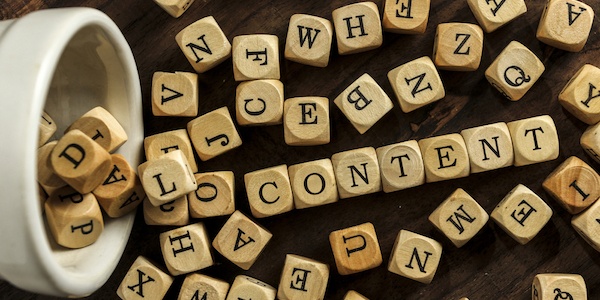 In 1996 Bill Gates wrote a brilliant and visionary article ‘Content is the King’.  Reading this title with today’s eyes, and looking at the current landscape increasingly dominated by OTT content, it is hardly possible to imagine that under “content” he could have meant anything else but video. Surprisingly it was not. Bill Gates rather used the broadcasting industry as an example that the internet should take inspiration from, for having put content at the very center of its business. But he viewed internet content as being interactive news, ads, games, software or scientific information which could be disseminated, thanks to web distribution, to a much bigger audience.

Even for Gates, one of the great visionaries of the personal computer age, it was difficult to foresee that it could be ever possible to share heavy video streams over the internet.

20 years later the internet is about to swallow the broadcast industry. Well, at least the part that has been cherishing the video content the most: Pay-TV.  The acquisition of DirecTV by ATT has been the most striking symbol of this new technological balance of power. The once impressive infrastructure of a Pay TV broadcast operator — satellites, head-ends, transmission networks, and set-top boxes — today look more and more like overkill, leaving the field to fiber optic, cloud and connected TVs. The quality of IP or OTT TV has reached the same level of excellence as broadcast, and such services lie at the heart of the packages now offered by telecom and video service providers worldwide.

But, in this revolution, can video content maintain its central position? Is it as important to future plans as premium content was in the heady, golden years of DVB Pay-TV?

At the first glance, the question seems almost inappropriate. Netflix has the kingdom with (almost) no borders; English Premier League (EPL) sells its rights for the money that can induce vertigo. Even YouTube, known for its open viewing model, has just launched an asking bundle for $35 with well-prepared business projections. So, although the infrastructure and distribution networks have drastically changed, the value of content remains very high. But there are serious threats to this, however.

The threat of piracy

First is piracy. The open internet has been an Eldorado for the video pirates, with the result that the audience they reach is measured in dozens of millions of viewers, and the losses the service providers bear from piracy are counted in billions of dollars.

Of course, companies dealing with content security and its distribution invest serious amounts into fighting this phenomenon and the measures deployed against the “cheaters” are getting more and more efficient. But it would be fair to admit that the challenge in front of us is unprecedentedly difficult. It is no real surprise that the collateral damages observed on the market are strong, with some TV channels already having abandoned the paid model of viewing. To the same extent, it’s getting tough for small and medium Pay-TV operators to keep their customers and thus to survive.

Then it’s about money. While delivering OTT content within the Netflix business model still remains accessible, the marquee content that really attracts the large viewerships is becoming more and more expensive to produce, even rivaling movie production budgets in cases. Meanwhile, investing heavily into sports content rights obliges operators to increase the subscription fees and thus lose a part of the audience. It’s not even the cast iron certainty it once was: the two most prestigious sports leagues in the world, the NFL and the EPL, have seen their audiences this season fall by around 20%.Targeting fewer, but wealthier viewers may be justified financially for a while. But that would definitely mark the beginning of a new era, with a limited reaching power of the content.  Less popularity would also mean less interest in the long run.

Technology is its own enemy

Finally, it’s about technology itself. With machine learning algorithms getting smarter, with robots working their way into more and more domains of our existence, the production of a new type of content may be on the horizon: one commissioned by the algorithm and produced by the computer. The chances are that this will be able to generate more interest than the “natural” method and, at a certain stage, even fully replace it. It will still be content. It will still have a value. But whether such kind of OTT Content, can truly be called King when it can be created by almost anybody at the touch of a button and altered at another, might be stretching a point.