The Road to IBC: Making Sense of the Second Screen | Viaccess-Orca Blog 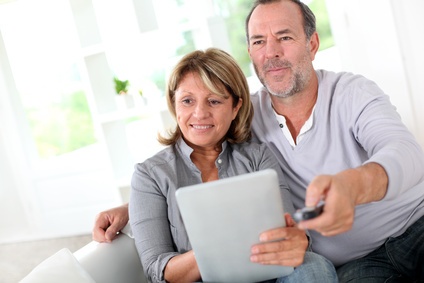 Last week on our blog, we published an infographic aimed to better understand the second screen phenomenon. Our infographic demonstrates that second screen viewing is becoming increasingly popular with 70% of tablet owners and 68% of smartphone owners using additional companion devices while watching TV.

A LinkedIn commenter took the time to examine our infographic and posted the following:

“It makes me wonder .... if you are doing something else while watching TV, for me that means that the program is not so good ... As a consequence, less captivated audiences mean less ad revenues as well ... I agree that 2nd screen is a reality but I don’t really see where the value chain is.”

Each type of content, such as a television show or movie, can elicit a different kind of second screen activity. For instance, you may be glued to the TV for a riveting episode of “House M.D.” or “24” and not want any interruptions. As the fate of the world rests in the hands of Jack Bauer, you probably won't have time to use your additional companion device. The same would be true for our favorite Woody Allen movie “Midnight in Paris”. In all such cases, second screen devices would be used for “content discovery” before the show begins and for “knowledge exploration” after the program has ended.

If we return to “Midnight In Paris”, before the movie begins, viewers might look up when the film was shot and the film’s score on Rotten Tomatoes. After the movie has ended, fans might look up topics such as 1920’s fashion, La Belle Époque period, antique cars, Paris, café Maxim, Hemingway and so on thereby satisfying their new found curiosity for all things French.

But there are also instances where viewers use their second screen devices while they’re watching television especially with low attention programs. These are programs that don’t require the viewer’s full attention and include shows like “Good Morning Seattle” or “The Wonders of Couscous”. During these shows, viewers often turn to their companion device to enrich the content like looking up new recipes for couscous or checking the weather forecast.

Second screen usage is also popular while watching sporting events. Our infographic shows that 25% of men use their additional device to look up sports scores while watching content on TV.

There are also instances where viewers will use their second screen while watching high attention programs or content that requires their full attention. For instance, shows that ask viewers to weigh in on an issue discussion, voting for a participant on “Survivor” or collecting a coupon advertised on “Wheel of Fortune”. A call-for-actionhas become an integral part of television since the birth of reality TV and is expected to become a fixture in all television content.

In fact, many believe (and invest) in a future where special time-codes are inserted into a program giving rise to specific offers and call-for-action on the second screen. This is an example of the revenue potential of second screen applications.

Last, second screen viewing could serve as an information booster. Imagine you just heard the following news report: In Rwanda, violent clashes have erupted between the Tutsi and the Hutu. Russian President Medvedev says Russia will not intervene as this is an internal matter.

That’s an impactful news report but...wait a second… Hutu? Tutsi? Fight over what? Why? How is Russia involved? Your second screen could immediately turn into an information booster that helps you complete the picture and form a better understanding of the world.

So where does that take us? Second screen viewing is a phenomenon in the making. And even though there isn’t one standardized way to use an additional device while watching TV, the phenomenon continues to grow and we believe that its revenue potential will become more apparent and appealing to the PayTV ecosystem.

Want to learn more about second screen? Visit us at our booth at IBC 2012.