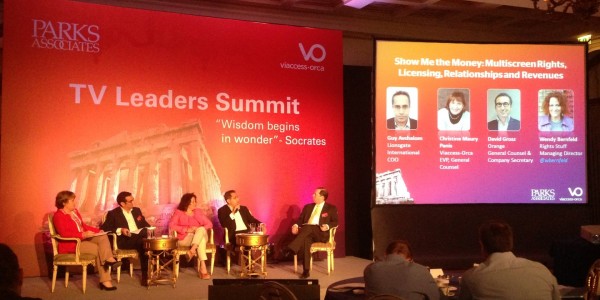 Earlier this month, the first annual TV Leaders Summit went live in Athens, Greece. Industry leaders from around the globe gathered at the event to discuss how to successfully provide content services in the new era. Analysts and experts from Parks Associates, Lionsgate, Orange, Mediaset, yes and Rights Stuff where there to take part in exciting discussions about today’s TV world.

It was serious fun and seriously interesting at the Summit! For those of you who missed the discussion, take a look at highlights from the Twitter feed. And if you would like to receive exclusive content presented at the Summit, register here.

Guy Avshalom @Lionsgateuk "if we rely only on transactional #VOD in the future, less films will be made" #TVLS video: http://t.co/WSLLlmAuMO

RT @brettsview: Though awareness of #payTV #multiscreen is low, ~60% of those that are aware use the service. True story. #TVLS