TV Leaders Summit: The Death of DVD and its Impact on the Market - Interviewing Guy Avshalom, COO, Lionsgate UK 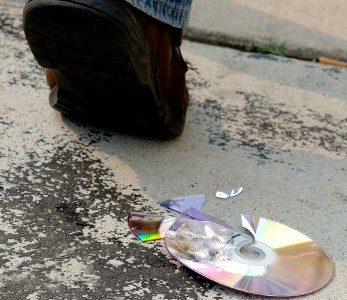 The TV Leaders Summit was truly exciting! Together with some of the industry’s most knowledgeable experts, we enjoyed a great exchange of knowledge and heated debates about the future of the TV industry.

Among the speakers at the Summit was Guy Avshalom, COO and co-founder of Lionsgate UK, who participated in a panel about multiscreen and the changing video delivery environment. In our chat with him following the panel, he shared some insights about the changes that have been taking place in the film industry in the last few years. He paid special attention to the death of DVD and how this process has affected the industry and licensing in the emerging multiscreen market.

Check out his remarks in this interesting interview and stay tuned for the next interview with Guy, that will be available on our blog soon!

1) What are the biggest changes that have taken place in the film distribution industry?
The biggest difference is that we no longer have the rich DVD market that existed in 2005, just a few years ago. At that time, we also didn't have pure OTT players such as NetFlix and LOVEFiLM, the two main platforms selling subscription video on demand within the same window as Pay TV. The presence of physical media has declined with the emergence of the new, digital media.

2) How have these changes affected Lionsgate’s business?
The decline of DVDs which had, in some cases, a major impact on changes in buying patterns really hurt our market.  A few years ago, we could justify a film acquisition based on straight-to-DVD  exploitation. This led to a healthy market that was lucrative enough that we could protect ourselves from an unsuccessful theatrical release or a film that ultimately had no theatrical release. At that time, we could buy a direct-to-DVD title for  substantial amounts. Today, we  cannot justify these prices any longer. This shift hurts the entire middle market of film production. We either have really expensive films or very low-budget films, but the middle market has  substantially declined.

3) So you are saying that change is taking place not only in the way people consume content, but also in the type of content companies are willing to acquire?
Yes, absolutely. There is an ongoing shift. Film producers and film libraries owners are still trying to sell middle market products at relatively old prices, but they are less and less able to do so. I don’t think it’s sustainable for the middle market to continue with the same number of releases at the prices now being charged. Therefore, the market  is likely to move into the two extremes mentioned before: either genre and low-budget films or big films. The prices of mid-market films are under pressure.

4) What are the risks producers and distributors in the film business face?
The risks of production and distribution are different. The risk for producers is in ‘manufacturing’/producing the product, but their reward is relatively fixed.  For us, as distributors, there is no cap to the risk and no cap on the rewards. You can lose a lot of money by buying the wrong film at the wrong price, or you can make a lot of money by buying the right film at the right price.

5) In your opinion, how do the new players affect the market, especially the licensing scheme?
Even with all the new and sexy ways of consumption available thanks to new media, we should never forget the basic reality that content remains king. Regardless of the decline of DVDs or the increase in digital media platforms, good content will make money and bad or overpriced content will lose money.

If we look at the first run licensing windows, we can see that they have remained relatively unchanged. The so-called new  media exploitation is  similar tothe old pay TV model, with first-run SVOD rights being made available more or less around a year after UK theatrical release. The subscription of video on demand, which in the UK is available mainly through NetFlix and LOVEFiLM, really mirrors this familiar pay TV window. SVOD introduces new windowing after the first run exploitation.

It was great having Guy Avshalom at the TV Leaders Summit discussing multiscreen in the real world. He also talked to us about “Licensing in the Emerging Multiscreen Market.” Be sure to tune in for his next interview!

Check out additional fascinating interviews in the TVLS series from more of the main speakers including:

The official Twitter hashtag for the event is #TVLS. Read through it all to see what was discussed!

Guy Avshalom is the COO of Lionsgate UK, formerly known as Redbus Film Distribution. Guy started his business career with Redbus in 2002. Redbus was sold to Lionsgate Entertainment Group in 2005. After this transaction Guy led the transition from independent distributor to leading studio with both staff and film industry delegates. Guy has implemented and delivered all strategic, corporate and business transactions of Lionsgate UK and its related businesses. Under his leadership, it has grown to be one of the major film and television companies in the UK.