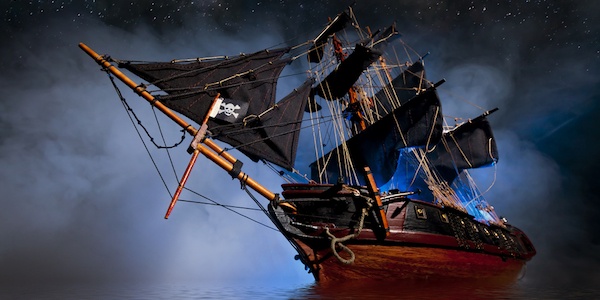 PARIS — Apr. 1, 2016 —Viaccess-Orca, a global leader in the protection and enhancement of content services, announced today the launch of a radical new anti-piracy technology, UnSpoilt Sentinel, which it claims can all but eliminate the most determined domestic users.

“We’re going after pirates where it matters: semantically,” comments the company’s Head of BlueSky Services, Yehuda Picard. “We can’t shut down every piracy website, but with this new solution, content owners can be confident that end users will be far less likely to download illegal content. We simply make it not worth their while to watch it.”

As the name suggests, UnSpoilt Sentinel works by inserting carefully designed spoilers into a pirated content stream. Content owners can first place special code into either broadcast or OTT content. Undetectable under normal broadcast services the code detects when a programme is being illegally watched; an event that is rapidly followed by a series of on-screen gradated warnings.

“We start with a ‘If you do not cease and desist from watching this content within 10 seconds we will show you the end of this episode immediately,” explains Picard, “but quickly escalate to ‘Cease and desist now or we will play the ending of the entire thing’! Imagine if you’re settling down to watch Breaking Bad for the first time on BitTorrent and, within five minutes, have been shown the ending 62 episodes later! Talk about spoilers…”

What’s more though, VO has leveraged the power of cloud computing to be able to extrapolate plot endings from series that are currently still being transmitted. It does this by taking existing onscreen elements and repurposing them into short, computer-generated cut scenes that Picard claims have been tested to be 95% accurate to what the writers eventually come up with.

“Obviously, ideally we work with content owners to have that material under NDA,” he explains, “but when that is just not possible we fire up the cloud and start the process of constructing the ending ourselves. Take Game of Thrones. Season 6 could go on to be probably the most pirated show of all time, but with UnSpoilt Sentinel we can nip that in the bud. Imagine, you could sit down to watch an illegal torrent of the first episode and end up knowing how the whole thing finishes even before George R R Martin does!”

We hope you enjoyed our April Fool's Day release. But for serious anti-piracy measures that work in the real world, check out our security product range.