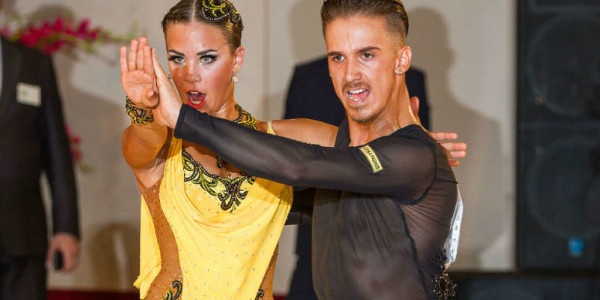 The topic of Hispanic viewership is an interesting one as this blog post reveals, and increasingly relevant for us, as we partner with Olympusat to introduce an end to end solution of technology and content to the Spanish speaking viewers in the US.

Hispanic viewers are embracing the latest trends in the world of TV Everywhere with a big Bienvenido. A recent Verizon report shows that Hispanic viewers are at the forefront of the new TV boom in the United States, especially when it comes to streaming and mobile video consumption.

The study's most interesting finding suggests that Hispanic users are 72% more likely to stream video than their non-Hispanic counterparts. In addition, the average Hispanic viewer spends more than eight hours watching online video each month, over 90 minutes longer than the average in the United States.

Hispanics make an attractive potential consumer in the United States: they constitute 17 percent of the nation’s total population, and according to a 2013 Nielsen report, have a projected buying power of $1.5 trillion by 2015. The Verizon report is the latest study into the consumption trends of the United States' largest ethnic group – and some additional figures are well worth noting.

In September 2014, Bloomberg said Hispanic device ownership is far higher than the non-Hispanic audience, on a full range of connected devices: smartphone, tablet, OTT, laptop, and smart TV, while leading the market in multi-tasking and mobile content consumption. The 2013 Nielsen study showed that Latina consumers are more tech savvy than white females, with 77% smartphone ownership, compared with 55% ownership among white females. Other interesting findings show that Hispanics watch more talk shows, news documentaries, daytime dramas, and sports than the average household, viewing shows both in English and Spanish.

Reviewing these segment-specific market trends- from device ownership to viewing habits, it is no wonder that this group is also attractive to vendors and content producers. According to Tom Mohler, CEO at Olympusat, the Hispanic market is still complex and challenging, with factors like bilingual content and purchasing power to consider. Olympusat Telecom is one of the largest independent media companies that owns, operates, and represents more than 60 Spanish-language TV networks.

During VO's TV Leaders' Summit, Mohler shared his insights on the Hispanic market:

"Looking at the Hispanic marketplace you have to break it apart, into the Spanish dominant and the English dominant. These are two completely separate markets and their behaviors are accordingly completely different. We came up with a couple of interesting findings...One of the key areas why people are missing that particular market was the lack of credit. People have money, they have jobs, but like in many countries here in Europe, they are used to working on debit, or working in cash. So literally, half of those homes (The Spanish speaking homes, which are 56% of the Hispanic homes in the United States) do not have pay TV.

To meet these challenges, Olympusat will soon launch a new OTT multiscreen service. This summer, Viaccess-Orca’s Voyage - TV Everywhere solution has been selected by Olympusat Telecom to support this service. For the new OTT offering, Olympusat is bundling VO's end to end solution - Voyage - with its content preparation services and with content from Olympusat Holdings. This compelling solution provides TV operators interested in Olympusat’s offering, with a single, end-to-end, cloud-based multiscreen solution, content included, designed to reduce risk and the upfront investment required to launch such a service.

With the Hispanic population proving to be a technology game changer, this ever growing market is worth following and studying.

Watch the full panel discussion about “Content Strategies in an OTT World” here.