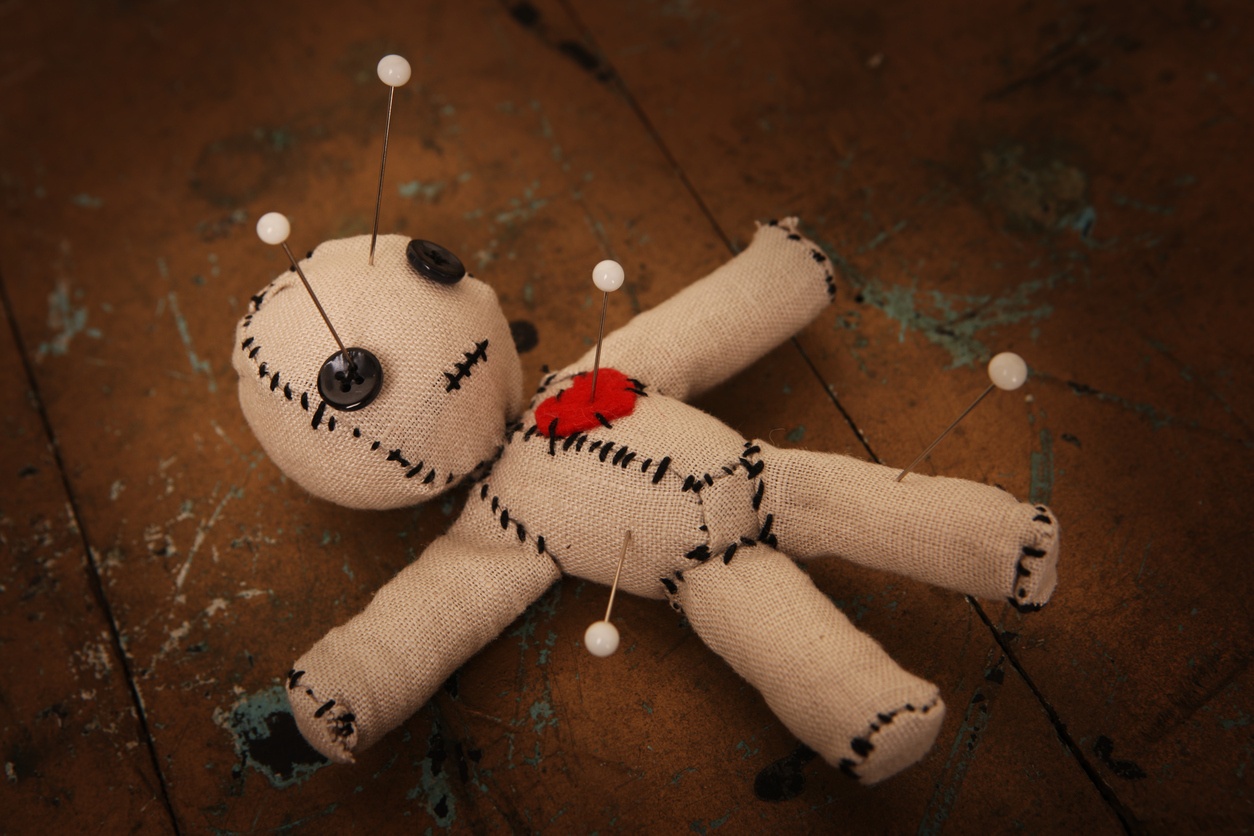 How TV service operators can stay competitive in an increasingly crowded market which has pronounced pain points when it comes to choosing OTT Services.

The problem with success is that a good idea can very quickly lead to a crowded market. This is exactly what is happening to OTT Video as we stand at the start of 2018: more companies are entering the market all the time. A decade after Netflix first introduced streaming video, its subscriber numbers alone in the US market are now greater than cable. A recent TIVO/Parks Associates webcast on the introduction of IPTV mentioned almost casually that there are 200 OTT services in the US alone, while Ampere Analysis estimates the number of SVOD customers in Western Europe and North America will exceed the number of pay TV subscribers in three years, with 261 million to 228 million.

However, while it’s an expanding market it is also a finite one when it comes to costs: Ampere also calculated that aggregating the seven main US OTT services would be a $73.20 monthly bill. Beyond that it’s a market one that has given consumers more freedom than ever before. Increasingly app based and with no minimum contract terms, signing up and cancellation have both become tasks that can be accomplished in a couple of mouse clicks. And, as a recent survey from IBM has concluded, that is a power they are not afraid to use.

IBM’s 2017 report, The State of Streaming, is subtitled ‘You could be a contender: how streaming services can maintain a competitive edge’ and performs a deep dive on some of the emergent consumer behavior the SVOD industry is witnessing. And while its results of a survey of nearly 1200 US consumers point to the fact that two-thirds of them use streaming services, it seems that they are not all satisfied with the experience.

While the CDNs that dominate the US are generally more reliable than those found elsewhere, no CDN has 100% availability across all regions. Performance varies as a result, especially in the number one technical pain point for consumers: buffering.

79% of West North Central region consumers experience buffering issues, a figure that only falls as far as 58% when you get to East North Central. The overall figure is 63% and, worryingly, as the below table shows that is actually one that has increased since 2016.

Almost half of the consumers polled said they would give up on the video they’re trying to stream due to these problems.

This is a particular issue, of course, when it comes to streaming live content. And with live OTT becoming a significant competitive hotspot in the US market in particular, it’s even more of a pressing issue.

But globally the figures are even more alarming. While the number of respondents to a global survey experiencing buffering problems was similar at 65%, the figures for delayed video start, and video quality problems were much worse, at 62% and 57% respectively.

As the report says:

“Globally, 50% of consumers say they select video from OTT internet providers because of convenience and ease-of-use, while 44% cite the ability to watch whenever and wherever they want.”

One of the surprises of the IBM report, especially given the sheer amount that is being spent on original programming by the leading SVOD players, is that consumers still want more content. Almost two-thirds of consumers said that the top change they’d make to their streaming service would be offering more content.

This is despite a counter-finding that recommendation engines are not performing to the best of their abilities yet — which is a problem more of implementation rather than underlying technology. Getting the right content to the right viewer at the right time is one of the pre-requisites of ensuring a content library works at peak efficiency, but 44% of consumers’ state that recommendations are rarely or never what they want to watch. 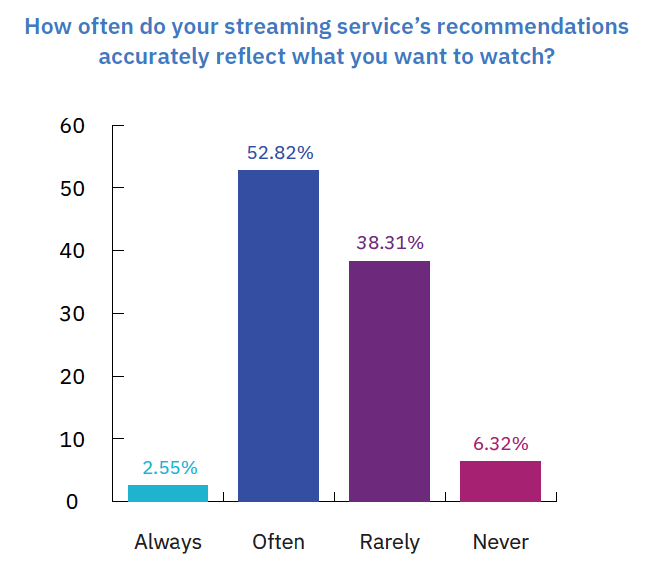 The good news there is that more people, 55% are satisfied, but there is still definitely room for improvement.

Read how a properly optimized recommendation engine can help you.

In an increasingly competitive marketplace smoothing out these pain points is a crucial part of any strategy. And this is a task that is getting progressively harder as well.

As the Parks Associates / TIVO webcast we mentioned realer pointed out, streaming devices and services are setting the bar for user experience comparisons. More OTT companies leads to more consumer exposure to a range of services, and the assumption is that if Service X can do something, then Service Y should be able to do so too. Expectations are dramatically higher as a result. And with even completely different industries also starting to inform consumer choice — for example, the effectiveness of a recommendation engine being bench-marked in consumer perception up against one used by Amazon — the landscape is changing markedly.

Broadcasters, typically national broadcasters, used to set the bar. Now it’s the software and entertainment giants of the FAANG group.

Luckily there is a 4-point action plan that can help with the pain points in choosing OTT services.

SVOD as an industry is in a fairly unique position. A mere decade old, its penetration into the consumer space has been rapid and impressive. However, it now finds itself both a maturing market and one still undergoing high rates of technological change and evolving consumer behavior. The market is by no means yet saturated on a global scale, but it is becoming increasingly competitive. Meeting the expectations of consumers that  are exhibiting levels of brand loyalty that can best be described as pragmatic as they are choosing OTT services is a challenge that needs careful thought. But, with the careful use of best of breed technologies the current pain points can be alleviated and any future ones anticipated. 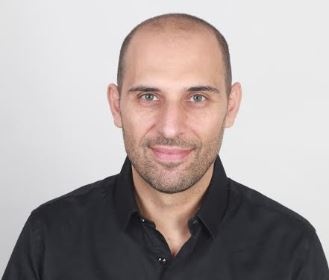