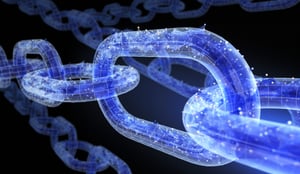 The growth of cloud-based models in broadcasting means the industry can start to benefit from advances made in manufacturing and start to design a digital media supply chain fit for the 21st century. For a system so rooted in precision, the exact origins of what has become known as Just-in-Time manufacturing or the Toyota Production System, are impressively murky. Some attribute it to the founder of the Toyoda Automatic Loom Works, Sakichi Toyoda; others to his son, Kiichiro Toyoda, who took the company into automotive manufacturing; yet others to company executive, Taiichi Ohno, who further refined the principles. American supermarkets may, or may not, have served as inspiration, as may have a Lockheed plant assembling jet bombers. Either way, it works, and helped establish Toyota as a global manufacturing giant from the 1980s on.

And, perhaps more importantly for the broadcast industry, the move towards digital workflows and cloud-based production means that some of the techniques pioneered by Toyota and large-large-scale physical manufacturing in the latter part of the 20th century can be applied to content supply chains in the 21st.

Lean manufacturing, as exemplified by the Toyota Production System (TPS), seeks to eliminate inefficiencies in the production process. These are termed in Japanese: Muda (waste), which further subdivides into eight categories including, for example, inventory and unused skills; Muri (overburden), and Mura (unevenness).

The supermarket analogy is a good way of understanding it. As Ohno-san wrote in his book Toyota Production System: Beyond Large-Scale Production: “A supermarket is where a customer can get (1) what is needed, (2) at the time needed, (3) in the amount needed…” TPS emulates this by making sure that the right components are delivered to the right point of the vehicle assembly lines at the right time; first extending this back through the production process so that they arrive at the factory at the right time and are ordered at the right time; and then further extending it through the process by encouraging the suppliers to implement it as well.

Anyone who has bought a new car recently will be familiar with the lead times involved in the process. Rather than being served from stock as they historically were, the manufacture of cars and a good proportion of their components is only started once the order is placed. And while this may be an inconvenience to the consumer, that is balanced by a reduction in costs provided by the more efficient manufacturing process

There are other important elements to the full implementation of TPS, such as Jidoka, or the use of intelligent automation, and Kaizen, the concept of continuous improvement at all levels. In fact you can make the comparison that lean manufacturing is to TPS what mindfulness is to Buddhism: there’s a philosophy and culture to it that adds great depth beyond just the day to day practice. But, rather than getting bogged down in the details, let’s look at how it all maps on to the modern broadcast workflow.

While at first glance there is little in common between the physical and the content supply chains and making television program is, of course, not a mass production process, there are in fact definite similarities.

Consultant Cognizant has written a detailed white paper on the topic, and, as it says, whether a company produces digital or physical goods, different entities play key roles across the supply chain with important handoff points in the product’s journey to the consumer. The challenges in such systems are therefore similar. For example, planning and coping with spikes in demand is an issue whether you are producing toys aimed at the Christmas market or broadcasting a major sports tournament. The risk of failure to meet demand, either the physical toy in time for Christmas or delivering a live soccer match at kick-off, is the same for both companies: loss of sales and/or reputation and lower customer confidence as a result.

It divides the digital media supply chain into five distinct stages that link the content producer with the consumer following the Supply Chain Council’s SCOR (Supply Chain Operations Reference) model: Plan, Source, Make/Aggregate, Distribute, and Returns. It’s worth examining this framework in a bit more detail, with some additional notes from us on how it may impact on Operators in the current environment specifically.

Perfect visibility across the length of the supply chain is the ultimate goal here, with an orchestration layer required to manage the allocation of resources and prioritization of projects from start to finish. Efficient capacity planning is crucial, especially given the prevalence of file-based workflows, and potential bottlenecks need to be identified and addressed. The importance of an understanding of what the audience wants in order to maximize catalogue efficiency cannot be understated.

This stage classically covers processes that procure goods and services to meet planned or actual demand. Again, visibility of future demand is critical, which implies a good understanding of audience composition. Any quality issues need to be identified and corrected as early as possible. Given the key role that television business analytics plays at the returns stage of the process, efficient metadata tagging is crucial.

This is essentially the stage of processing the content ready for delivery. Operators need to analyze the relationship between quality, costs and speed when examining these processes and prioritize accordingly. Localization can be a significant cost at this stage of the process and its effectiveness needs to be measured against more homogenized, international content.

It is important be able to onboard new distribution platforms and minimize the potential costs of supporting multiple distribution formats for little or no return. Useful KPIs here include the number of orders fulfilled and the number of rejections per platform, usually for technical quality issues. Costs associated with playout need to be highlighted. “It is important to link this data with the value of the content,” writes Cognizant. “Missing delivery of the Doctor Who Christmas episode may have more consequences for the broadcaster than failing to deliver an episode of Storage Wars.”

According to the standard SCOR model, this stage covers processes associated with returning or receiving returned products for any reason. While not strictly relevant to broadcasting, these processes extend into post-delivery customer support, which very much is.

Cognizant actually chooses to interpret this stage as monetary return, and it is a valid point. To understand the overall effectiveness of the content supply chain, costs of all the previous processes involved in getting the content to the consumer have to be measured against the revenue generated. Given the complexity of distribution arrangements, the growing number of distribution platforms, and the evolving nature of rights deals, this is not always obvious at first glance and can take some forensic assembly.

There is one further SCOR stage not covered by Cognizant’s adapted model, Enable; in other words putting the processes in place to allow for the effective management of the entire supply chain. Operational metrics need to be in place too; not always an easy task given what the consultant characterizes as “broadcasters’ historically weak approach to measurement.”

The Path Towards Supply Chain Maturity

Cognizant illustrates this concept with metadata, which it sees as passing through the following stages.

As an aside, it characterizes most broadcasters as being between levels 2 and 3.

If the Toyota Production System still feels too alien to apply to broadcast, there is a rich literature of examples where its process has worked in new areas. There is a powerful story detailed in Workforce, for example, about what happened when Toyota North America decided to rein in its spiraling healthcare costs by applying TPS principles to its medical provision. An on-site pharmacy was established to reduce time and movement and control pharmaceutical costs; headcount in a clinic was reduced from 9 to 5.5 (an important note: workers are only ever reassigned by the company, which reasons that waste-reduction will be opposed and obstructed by employees who may lose jobs); and, perhaps more remarkably, it analyzed the way nurses performed triage at the emergency room of a local hospital and helped reduce waiting times from 53 minutes to under 20.

Of course, while there are parallels in the processes, actually manufacturing cars and manufacturing television programs are quite different things. Just in time production of television programs is perhaps a concept best reserved for near future science fiction, where artificial intelligence can assemble programs from stock components to satisfy various audience demands on the fly.

That is not to say though that elements of the just-in time philosophy cannot be utilized by operators in an overall TPS methodology. Just in time learning, for example, is revolutionizing the way that companies offer training to their employees; making it a constant consumption of bite-sized learning modules that are consumed as a regular process rather than in blocked out — and disruptive — time periods.

Increasing use of metadata is also challenging some of the underlying assumptions about the television workflow. The old days of physically inserting a tape into machine for playout are, of course, long gone. But the ability to point to a single file on a server and identify it as the content about to go out is on borrowed time as well. The introduction of initiatives designed to support the mastering and international exchange of content, such as the growing industry-wide momentum behind IMF (Interoperable Mastering Format) point to a quite different future; one where the actual programe doesn’t even exist on a server but is instead represented by a cloud of metadata, a collection of audio and video assets, and a cluster of Composition Playlists and Output Playlists.

Muda, muri, and mura; waste, overburden, and unevenness. The lesson from the Toyota Production System is that identifying them and eliminating them wherever possible from the digital media supply chain has multiple and far-reaching benefits.

The cloud is perhaps the prime enabler of new ways of constructing digital media supply chains, freeing those looking to establish them from the majority of physical and locational requirements and allowing true freedom when it comes to capacity. It also allows for a constant process of refinement and ultimately the laudable TPS goal of Kaizen; continuous improvement at all levels.