When it comes to driving competitive advantage for TV operators, analytics deliver in three key areas of the content cycle.

TV analytics allows you to truly understand your audience, analyzing the big data of who is watching, when and how, to build up a picture of exactly how your content is performing in the real world. And whether you’re buying that content in or originating it yourself, that is powerful feedback that can drive a more efficient content cycle. Here are three key areas in that cycle that can benefit.

It is now thought that the role of data analytics in green-lighting Netflix’s enormously influential House of Cards has been overstated. Certainly Netflix, always keen to construct an air of mystery around a lot of its processes, isn’t telling. But while Big Data’s role in commissioning probably doesn’t lie in pure idea generation, refining or validating content decisions is very much within its scope.

Previous content models have seen a pilot commissioned and casted, often at great expense. The Hollywood Reporter, for instance, analyzed the costs of producing the pilot of the CBS crime ‘dramedy’ Battle Creek in the wake of the Sony hack in 2015. Above the line costs were $1.09 million, below the line costs were $2.47 million, including $86,500 on music alone. Total cost was $3.56 million. And while Battle Creek went on to go into full production, it was cancelled after one, 13 episode series.

Widen that out and there are a lot of costs that can be saved. During the 2017 pilot season, the main US networks have ordered 73 scripted shows. Taking ‘Battle Creek’ as an average (and THR says that’s why they detailed its figures) that’s an expenditure of $260 million. And on average, over half of them won’t be picked up.

Saving money in this area is one of the main objectives that broadcasters are expecting from Big Data. Simply improving the average number of pilots being commissioned for a full series, by tweaking productions against probable test audience response is liable to represent a sound investment.

With an increasing number of promotion strategies in play, choosing the right one to fit the audience is an increasingly difficult task. It goes beyond the simplistic genre analysis of ‘sports fans like x’ or ‘sci-fi viewers want y’. Different demographics show distinctive social media engagement, watch in different ways, and have alternate responses to different campaigns at different times.

Quoted in Altimeter’s Data Everywhere: Lessons From Big Data in the Television Industry report, Sabrina Caluori, Vice President of Digital and Social Media at HBO offers the following: “At HBO we use data to help us optimize our plans. Particularly with a new show, we can make a lot of assumptions about what the fan community might look like and how viewers may respond to the show and the storylines. But those are just assumptions until the show airs and we see what fans are saying and how they’re growing. That allows us to tweak digital activations and strategies, particularly for shows in their first season, or between seasons one and two.”

Data analytics can help by building up a detailed picture of an audience. This can then be used in a number of ways: by trying to match that audience data with a dataset from an already existing show for cross-promotion purposes; helping operators focus promotion activities on a particularly popular character; assessing distribution strategies and more.

In many ways, this replicates what has been able to be done in the past with audience research and viewer panels. But as Calouri’s quote above indicates, what is unique with TV data analytics is the speed with which the data can be collected and organized. In the same report, one broadcaster talks of analyzing social media data to find that one character was proving particularly popular on a certain show. The next day the actress was on the front page of its website and asked to live tweet from her own account during episodes as they transmitted.

Analytics in the TV industry, especially when married with the realtime world of social media, allow pursuit of a very adaptable and responsive marketing strategy.

Finally, Big Data allows operators to really understand how their content has performed. The granular level at which this can be done using modern systems such as those embedded within VO TVaaS is impressive. It highlights the fact that the old panel system (Nielsen, Barb etc.) on which the industry relied on for decades is a very blunt instrument indeed.

Rather than extrapolating out the viewing habits of an entire population from a small sample, however representative, ownership of the return path allows operators to see exactly who is watching. And as the business evolves this has become increasingly important. The new economies of television mean that many channels have viewerships that make them economically viable but are less than the possible margin of error of the old audience measurement systems.

Not only can these channels thrive now, confident that they can report back exactly on who is watching, but all operators up to the biggest national level have a much more exact window into their content. They can tell who is watching and when, which can then feedback into the scheduling, right acquisition and commissioning process. It can also help them manage catalogue and work out what content is surfing a long tail and should be kept on VOD servers, and what has passed its expiry date and is ready to be culled.

TV data analytics: the next level

Finally, and as is usually the way with Big Data, it really comes into its own when datasets are combined together:

Then you are using TV data analytics not just for analyzing what has gone before, but also to predict what should come next with an increasing degree of accuracy. 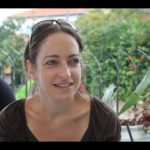