The evolving attitudes of Millennials and Generation Z to video piracy

How different generations, the Millennials and Generation Z, have different attitudes to video piracy.

We have become very used to talking about Millennials and their attitude to all manners of things, from shopping to technology, to environmental issues, to politics. In our industry, a huge amount of research has been done on them and their attitudes to the media they consume, both legally and illegally. We know what they want from it, we know how they engage with it, we know what they will pay for and what they won’t. True, these things might change with bewildering speed — Millennial behavior is dynamic, and very few things can be considered fixed. But the point is we have plenty of reference points and, in popular culture at least, Millennials are bywords for all that is new and fresh. Even the term has gradually taken over from their more official appellation of Generation Y

However, while there are a great deal of them and their attitudes are important — indeed, they are just transitioning into the peak of their socio-economic importance (that is, if the Boomers and Gen X haven’t managed to draw up the ladder behind them) —  the truth is that the last Millennial was already born a quarter of a century ago. Where we need to start focusing our attention on fairly urgently is the generation behind them, Generation Z, and work out what they want, how they want to consume it, and if their attitudes to piracy are different than those of the Millennials.

First of all, it’s probably helpful to understand a bit more about the generations we’re referencing and the way they have become shorthand for describing certain behaviors and attitudes.

Generation in this context is a sociological term that refers more to a cohort than familial kinship and was defined by Norman Ryder in 1959 as “the aggregation of individuals (within some population definition) who experience the same event within the same time interval.” Recently, these tend to have been divided into 15-20 year gaps, and the generally accepted Western model of their progression is shown below.

From this, we can see that Gen Z has been transitioning to adulthood for around six years now and will continue to do so until the end of the decade when they will be superseded by Generation Alpha (though it is well worth pointing out that     there is often a blending across boundaries — late-stage Millennials and first wave Zoomers will have significant commonalities between them).

The first wave of Millennials (some analysts see value in subdividing cohorts into waves of approximately four years) were teenagers when Napster was launched in 1999, and, along with the last of the Gen Xers, played a huge part in taking music downloads mainstream no matter their legality as a result.

For the second and third wavers that came after them, the technology had changed and Kazaa and Limewire were cemented into their online lives. Coupled with the launch of the iPod (2001) and mp3 players in general, all of a sudden the last waves of Millennials were growing up viewing music as both fully portable and fully accessible content, regardless of any issues of ownership and rights.

(It’s worth pointing out here that legal streaming services such as Deezer and Spotify were not widely available till 2007/2008.)

This attitude towards audio piracy has shaped much of what has come next for Millennials and certainly informed access to video content once visual streaming content followed audio online.

For example, by the time we get to 2017 with streaming services fully established and the youngest of the Millennials into adulthood, 53% admitted to using illegal services to stream movies or TV shows in the proceeding month in a major US survey. What’s more, only 7% of the people questioned said they felt guilty when they watch a pirated movie; the remaining 93% experiencing no guilt at all.

Interestingly, the pivot towards streaming among piracy services seems to have played a significant role in reinforcing these attitudes. While one-third saw streaming and downloading as equally wrong, streaming was somehow seen as ‘less wrong’ than downloading (61%). Only 6% saw downloading as being less wrong than streaming.

Finally, one thing else worth noting is that 70% of people here were already accessing legal services too. It seems that Millennials are happy to blend the legal and the illegal to access the content they want to watch; the implication being that viewing illegal material has become such a normative crime (ie everyone does it) that it fails to register as one at all. To cap it off, password sharing, giving friends and family access to legitimate services via illegitimate means, also became the norm, with 60% of Millennials saying they share passwords within the family and 42% reporting sharing with friends.

While these are only individual surveys from a single (albeit influential) country, it’s worth pointing out that they illustrate a broad worldwide consensus of the data points when it comes to assessing Millennial attitudes to piracy. Wherever you look, on the whole, the first cohort to encounter free content online — and be given the tools to easily access it — are still active conduits for bringing illegal content into the house.

So, what do we know about Generation Z, the so-called Zoomers, and their attitudes to illegal content? Will they inherit the same, approximate 50/50 attitude to it from their Millennial forebears?

First off, it is important to note that technology has impacted them differently. The first of them were hitting their pre-teens in 2007 when the iPhone launched and ushered in the era of the smartphone and Netflix turned on its streaming service. These were paradigm-shifting events that track backward along the age of the cohort as they are born so that the youngest of them cannot imagine life without them. YouTube (2005) and social media (Facebook opened membership to everyone in 2006, Twitter launched in 2007) are already part of the background music by teenage years too.

Unsurprisingly, Gen Z consumes content differently from Gen Y. Their disdain for Facebook is well reported, but in general, they are far more likely to be watching content on social platforms than Millennials, and their consumption of Netflix and YouTube is higher too. They watch far more social media videos as a result (a consumption that has only increased since Covid), and they use different devices.

Indeed, this holds out significance for operators. Even when content is available for free on OTT platforms, Gen Z consumers will often start their “search journey” on YouTube. It means that not only do operators need to make doubly sure that their content is not pirated and available here, but also that it is worth looking at integrating YouTube as part of an overall content distribution strategy for teasers, etc.

As YPulse puts it: “Gen Z is more likely than Millennials to be watching content on their smartphones weekly or more, while Millennials are more likely to be using tablets. Gen Z’s use of smartphones to watch video content weekly has increased, up to 76% today from 67% in August 2019.”

This too has implications. App-based experiences still tend to be considerably smoother on handheld devices than browser-based ones, so we potentially will see a growth in IPTV piracy and an acceleration in the pivot towards piracy moving to app-based environments.

Firm data on their attitudes to piracy, however, is somewhat harder to come by. Headlines such as Gen Z Is Leading a New Wave of Internet Piracy have generated plenty of interest, but their sample size is small and research is largely apocryphal. That Vice article does mention the fact that after a period of decline from 2011, in 2018 BitTorrent traffic was on the rise again, and pins the blame firmly on the increasing number of exclusivity deals being done by the streaming services and the resultant need for service stacking. But generational analysis of that rise in file-sharing uploads is lacking.

For more detailed analysis, the European Union Intellectual Property Office (EUIPO) surveyed ‘young people’ in 2016 and updated it in 2019. As a result, its 2019 Intellectual Property and Youth Scoreboard contains a good insight into evolving European Gen Z attitudes to digital content, physical goods, and communication issues related to IP rights.

Its overarching summary is “Legality appears to be resonating slightly more with young people” and some of its key findings are below:

If the EUIPO research is borne out by other studies, that will be a remarkable change from one generation to the next, especially given Generation Z’s starting conditions of inheriting a 50% background piracy rate from the Millennials preceding them.

The survey also sheds some light on the possibilities on why this has occurred too, respondents saying that disincentives to using illegal sources include access to affordable offers (55%), followed by a risk of punishment (35%), and negative experiences (29%). This latter category includes a range of events that can occur including spam, malware, lack of content portability, fraud, and more.

Our recent 7 Pillars of an Effective Anti-Piracy Strategy post reflects the ways that broadcasters and operators can leverage some of these responses to inform their own strategy. There is a definite carrot and stick approach that can be taken. The incentivized carrot is to make sure that operators have affordable offers and compelling business models; the disincentive stick involves fighting piracy at every turn to make sure the user experience for those consuming illegal services is significantly inferior.

Given the as yet unquantified effects of the Covid-19 pandemic, we would perhaps draw the readers’ attention to the need to maintain a holistic attitude to anti-piracy efforts, though. A new generation coming through may be less inclined initially to seek out illegal sources, but the voracious need for content during lockdown periods seems to have driven overall piracy numbers up quite significantly, and it remains to be seen the long term effects that will have on Generation Z attitudes. The danger is that Covid-19 could lead to a greater tolerance of accessing illegal content that will define Gen Z in the same way that the launch of Napster et al shaped Millennial attitudes.

It is no time to relax either. The last of Generation Z was born sometime between 2010 and 2012 (arguments persist about exactly when the pivot towards the new generation occurred). But whatever date it was there are currently 2.5 million Generation Alphas being born globally every week. When they have all been born, roughly around 2025, they will number almost two billion people, and the difference between a 50% background rate tolerance of piracy (Gen X) and a 20% one (early indications concerning Gen Z) is that between 1 billion people accessing pirated content and 400 million. For the continued health of the industry, the efforts to fight piracy and keep that number to the lowest possible end of the spectrum need to be maintained. 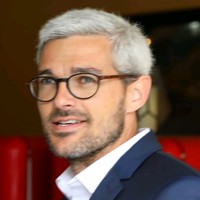