How the DRM Platform is Overtaking CAS for Content Protection 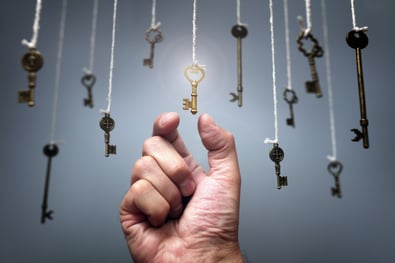 For many years Conditional Access Systems were the leading technology allowing Pay-TV operators to protect premium content. That though is changing as DRM platforms mature.

In the first truly mass market era of Pay TV in the late 1990s and early 2000s, as satellite broadcasters and cable TV companies proliferated across North America and Europe, content was usually protected via Conditional Access Systems (CAS). This is what many of us who work in the industry grew up with: users can only gain access to encrypted content once certain criteria are met. And usually That criteria is based on hardware security via the presence of a smart card (or CableCARD in the US market) in a set-top box.

The secure chipset in the STB and smart card were the obvious and cost-effective solution to the problem of granting conditional access in that they enabled the ongoing subscription operation to function separately from the rest of the business and particularly the hardware. The removable nature of the smart card allowed operators to achieve the longest possible life cycle of the STB, by replacing the cards when needed and proceeding with the remote upgrades of STB software.

However, the sheer longevity of CA systems in the marketplace has meant that there have been plenty of opportunities to reverse engineer the technology and circumvent the encryption of even the best systems.  And the arrival of the internet and the OTT and IPTV segments have brought a new reality to the world of content protection thanks to the presence of the return channel that IP connection offers.

The return path and the DRM platform

The rise of OTT has been phenomenal. Charting Netflix alone, in 2010 it went past the 15 million subscribers mark (this was long enough ago that it was noted that 60% of them were streaming). In January this year it topped 117.6 million (and only 3.4 million were still getting discs through the mail).

IPTV, meanwhile, has become a strategic focus of all Telcos who have found  in it an excellent way of levarging the best value from their fiber optic infrastructures.

Not only has the growth of SVOD shaken up the entire market, but one of its key enabling technologies — the return path and the enabling of two way communication between a STB and an operator’s base operations — has led to some far reaching changes too.

First, it allowed part of the security mechanisms to be moved from the hardware of the STB to the “transport” / network level via the use of secret keys renewed regularly through the return path of the IP channel. It has also revolutionized — though this is an ongoing process — the way that audiences are measured, allowing a far more granular and exact figure to be obtained. It has enabled the deployment of business analytics to further understand what that audience is watching and why, what it might want to watch next. And it has combined the two to revolutionize the way advertising works with the growth of addressable advertising technologies.

It has also, almost largely unnoticed, allowed DRM platforms to proliferate and offer the next generation of content security to operators; one which goes beyond the established market of IPTV & OTT segments. as they go.

Rolling out the DRM platforms

First DRM was used throughout the industry to secure VOD content, before the approach expanded to IPTV and OTT Live and VOD content. The security mechanisms inherent within DRM and the scalability of the overall architecture have been improving with the years, partly as a result of piggybacking on developments within the computer industry. The evolution of the chipsets in STB and in particular the ones having TEE (Trusted Execution Environment) and SVP (Secure Video Path) allowed raising the level of confidence in DRM based content protection comparable to this one of CAS.

The major global industry players such as Microsoft, Google and Apple, have all understood the importance of controlling the DRM component in their offerings across devices, both to protect their own content and in their role of carriers of other people’s. As a result, a secure and mature DRM ecosystem has been developed to play premium content across the majority of connected consumer devices, whether their operating system is based on Android, iOS, macOS or Microsoft OS.

In parallel there has been a massive global ‘IPification’ and a huge shift in the environment of most Pay TV operators environment, whether their initial business model has supported satellite, cable, or DTT, are now using IP networks. Indeed, some are going so far as to plan to make the transition wholesale, the next generation of European broadcaster Sky’s STB planning to deliver Sky TV without the need for a satellite dish at all.

The capabilities of broadband IP networks are huge in terms of video delivery, and they also have the benefit of being much less costly than satellite as much of the infrastructure cost is typically shouldered by other organizations such as telcos. As a result, many of the historical DVB-H/C operators working in what is now being called the one-way broadcast field, have been swamped by big IPTV operators or have made alliances with them to launch their own extra OTT multiscreen offers.

This has thrown up a significant problem in that it has obliged them to cope with two content protection solutions in parallel – CAS for legacy satellite and cable TV equipment and DRM for IPTV OTT.

This is costly, and in the era of convergence, silo-busting and cost-efficiency, there is an evident need to converge content protection technologies as well. DRM has already got the massive coverage with multi-screen OTT and IPTV and it has all the credentials to step into the field of DVB-H/C segments. That makes it the obvious candidate for the industry to coalesce around and there have been several success stories in technologies that bridge the two different eras.

All these reasons make us think that DRM platforms will likely expand to all Pay TV segments over the course of the next few years. They are agile, software-based solutions that can be provided on-premises or in the cloud, are future-proofed and cost-efficient. They tick a lot of boxes. And looking a little bit further into the future and the presume of the Internet of Things, they will be certainly covering other connected devices & applications of our increasingly Smart Homes.

Our converged world requires converged technologies, not just for premium content delivery but for much else beyond it.