AVOD continues to expand successfully, eclipsing SVOD revenues in APAC and the US, while password sharing is highlighted once more and copyright causes controversy. 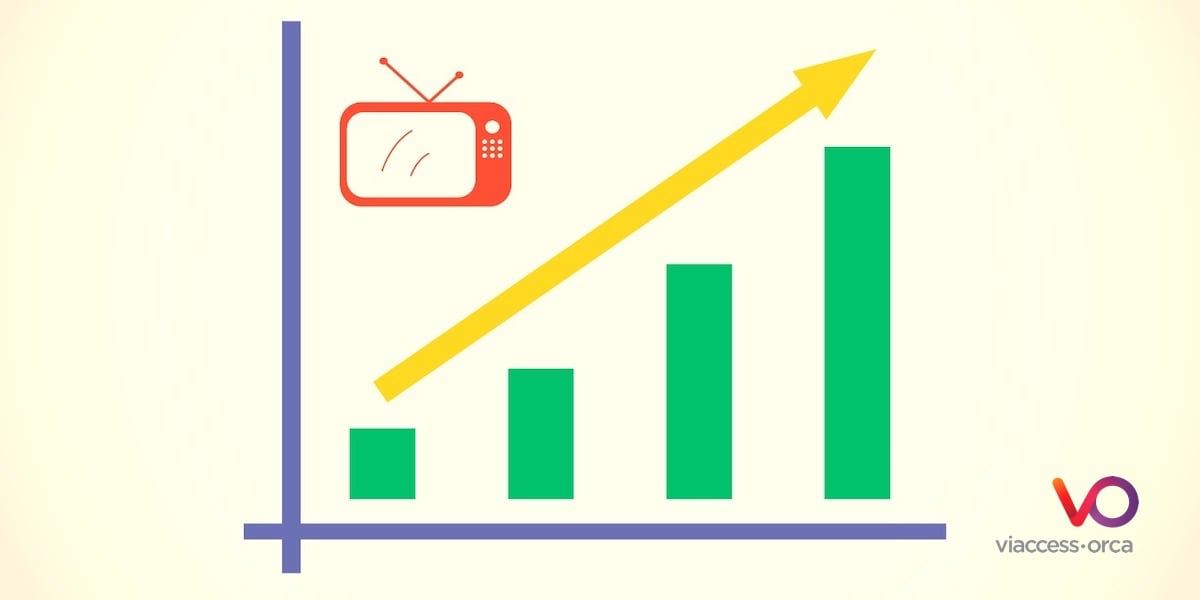 “If you are not involved in AVOD, you are missing out.”

While the lockdown audiences of 2020 provided a massive boost to viewing figures all round, the overall perception that the big SVOD players benefitted the most is perhaps slightly wide of the mark. According to new research from Omdia, in some major territories — notably the US and APAC — AVOD revenues have now overtaken SVOD ones.

The analyst calculated that AVOD was generating $40 billion compared with $32 billion for SVOD in these areas.

According to Rapid TV News, assessing why AVOD will be such a big deal in the year, Omdia research director, Maria Rua Aguete, said: “The CPMs are higher now for AVOD than linear TV, meaning that in some markets the value of AVOD could eclipse that of broadcast. If you are not involved in AVOD, you are missing out of a core and growing monetization window, and Netflix will be no exception.”

Omdia publishes one of the most comprehensive video industry research studies around, and there are a few other interesting titbits in its latest updates. By 2025, it reckons that there will be 1.6 billion subscribers to SVOD services versus 1 billion pay-TV subscribers, though it is equally well worth pointing out that the revenues of pay-TV will still be more than double that of SVOD.

Future predictions also include one in two net OTT adds in the next five years coming from the APAC region, hybrid models emerging as the new normal, and AVOD evolving to become a more premium proposition than it currently is at the moment. Whether that future proposition will include a Netflix flavor, as Aguete hints, is open to question.

Password sharing is a hot topic at the moment, and some new data from the Leichtman Research Group is not going to make it go away either.

Its recent survey in the US found a high penetration of OTT services throughout the country. 82% of households have at least one streaming video service from the eleven top direct-to-consumer (DTC) and SVOD services, with 51% of all households having three or more of them.

However, not all those households are paying for them.

“Password sharing is prevalent throughout the streaming video industry.  Over a quarter of DTC streaming video services are shared with others outside the household, including 12% of all services that are ‘borrowed’ from someone else’s subscription,” said Bruce Leichtman, president and principal analyst for Leichtman Research Group, Inc.

Leichtman went on to say that the sharing of streaming services should not solely be viewed as lost revenue, “as the ability to share with others is also part of the retention strategy for the services.” How the industry balances that sort of sentiment with the estimated $25bn yearly loss to password sharing may well be one of the unfolding stories of the year.

Stories about copyright cases involving computer code rarely have knock-on effects throughout other industries, but a recent US Supreme Court judgment on a case involving Oracle and Google has set alarm bells ringing in some entertainment quarters.

The Hollywood Reporter covers the story, which is being referred to as the "Copyright Case of the Century" by some experts, in detail. But if you don’t want the full ins and outs of the code violation in question, as well as musings on the political structure of the US Supreme Court, this is a brief summary.

Oracle alleged that Google used part of its Java API code when it came to building the Android operating system. Google essentially said yes, we did, and (paraphrasing slightly here) it’s an essential shortcut, otherwise, you’re reinventing the wheel every time.

Justice Stephen Breyer agreed and not only said Google made fair use of the Java API to achieve something transformative but that: "to allow enforcement of Oracle’s copyright here would risk harm to the public.” He reasoned that enforcing copyright can work to stymie development and prevent the free operation of a market, which is indeed something the US legal system has traditionally taken a very dim view of.

This is what has Hollywood rattled; the idea that it cannot protect its IP and that other people can swoop in, ‘transform’ it, and that there might well be no redress. For example, that means theoretically you could take established characters and plotlines from a sitcom and set it in a science fiction setting with some minor tweaks; continue a cancelled series with new scripts as a computer game; or just take a book, any book, and adapt it whether someone else had the rights or not. Seinfeld in Space, anyone?

These are the scenarios that worry the execs despite Breyer noting that “copyright’s protection may be stronger where the copyrighted material is fiction, not fact.” The problem was that he drew no hard lines either regarding that nor use of his analysis about the Google case in future scenarios that might apply to other industries. And while there may well be a further evolution of his judgement in future years which may close off the potential loopholes regarding what we think of as creative IP, as is the nature of these things those will end up being debated in costly, lengthy court cases — all of which could keep several armies of lawyers gainfully employed for several years to come.

As THR concluded: “As Hollywood confronts new derivatives of its intellectual property, in all sorts of creative- and technologically-advanced ways, Breyer's words could become very significant indeed.”