DRM and Smart TVs — why Multi-DRM is the answer

As more and more viewers access content via Smart TVs, why Multi-DRM is the key to combatting increasing fragmentation in the broadcast ecosystem. 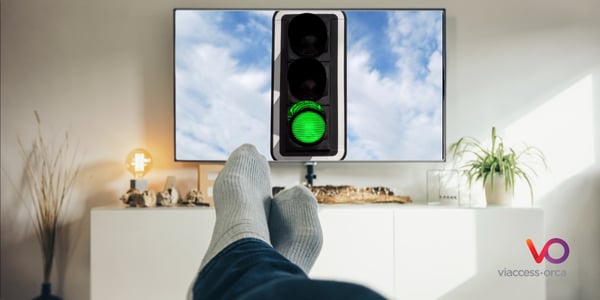 One of the core trends that has reshaped the industry over the past few years is the rise of the Smart TV. More people now watch linear television and connect to streaming services via Smart TVs than ever before. In the UK, they now account for the majority of TV viewing, while in the US 50% of broadband households own one, with 77% of those sets in turn being connected to the internet, a number which works out at just over 80 million.

Sales are increasing all the time too. 198 million sets shipped in 2018, forecast to rise to 266 million in 2025 and make up the majority of global TV set shipments.

These sets, with their app-based ecosystems, are enabling cord cutting and cord shaving to a massive degree. Most of the leading manufacturers’ sets ship out of the box with apps for the leading OTT players pre-installed on both an international and national basis. Adding new apps and providing access to more content becomes simply a case of visiting an easy to access app store within the television’s own UI.

But there is a problem with this story of success and that lies with protecting video content via Digital Rights Management (DRM) in the new and dominant broadcast ecosystem that is forming as a result.

The problem of DRM on Smart TVs

The difficulty is that, unlike the Set-Top Box driven broadcast environment which was (largely) controlled by broadcasters and operators themselves as suppliers of the equipment, the Smart TV market has been consumer led. As the delivery point of the video service in question has changed from the STB to the Smart TV, this has meant that aspects of the service such as content protection have also passed out from operators’ sphere of influence.

What content protection there is is dependent on the set manufacturers and this is implemented in a rather ad hoc manner. As we shall see in the next section, what works on one set doesn’t not necessarily work on another.

There are other little gotchas hidden throughout the process as well. Hollywood Studios, for instance, insist on some form of hardware anchorage to protect the very high-end 4K content that is driving so many Smart TV sales. Typically this involves a HDCP 2.x ‘handshake’ before a signal can travel to another device, such as a soundbar. From another perspective entirely, meanwhile many OTT operators want to ensure their content can travel directly to the viewers’ screens without any third party intervention at all.

The result is that DRM might as well stand for Digital Rights Mess and the whole situation is well illustrated by what happened to a significant number of Smart TV owners in November 2019 when an error message suddenly appeared stating 'Netflix will no longer be available on this device after December 1st, 2019’.

The message affected viewers watching on older Samsung and Vizio Smart TV sets, as well as some Roku devices, in the US and Canada. And the issue turned out to be that Netflix was turning off support for one of the older DRM standards, Windows Media DRM, which featured on a range of devices sold between approximately 2010 and 2014. Netflix actually switched to Microsoft PlayReady in 2010.

As a Roku spokesperson told Gizmodo, many of the affected devices were eight- to ten-years-old and they noted that old hardware can’t keep up with new software forever. But all the same it alerted many people to the potential problems lurking within DRM and confirmed to the industry why Multi-DRM, content protection solutions that can agnostically support multiple forms of DRM, is such a good thing.

The fragmented picture of current DRM

Multi-DRM is something that we have a lot of experience in. In September we announced that we had delivered 1.75 billion Multi-DRM licenses in the previous 12 months for Orange’s IPTV and OTT services across Belgium, France, Ivory Coast, Poland, and Spain. Multi-DRM is essentially the solution to a fragmented marketplace and is a technology that allows us to answer the interrogations of multiple DRM systems and support multiple delivery systems in a single product.

And this broad spectrum approach is very necessary. While on the surface the market seems broadly supportive of standards, dig a little deeper you will find it is anything but. And behind the scenes it takes a lot of clever technology to make video delivery as seamless as it is for the consumer.

First off, there are multiple streaming protocols at play. As the digital delivery of video has taken off, so the tech giants have developed their own systems for adaptive bitrate streaming over the years. Microsoft Smooth Streaming (MSS) was the initial market leader, but this was joined around the launch of the iPhone by Apple’s HLS (HTTP Live Streaming) and latterly by MPEG-DASH, the only HTTP-based solution to become an international standard, which gained support from Google.

HLS and DASH are current market leaders and so far so good. Where the picture becomes significantly more complex is when you add in DRM.

There are three main DRM systems currently in use when we talk about video delivery to consumer devices. There are plenty of subtleties to the ways they operate, but as a broad brush description they are all about verifying the identity of a playback device and providing a license for content to be played on it. The systems are Google’s Widevine, which has, for instance, been implemented by Amazon Prime Video; Microsoft’s PlayReady (used by Netflix) and Apple’s FairPlay (iTunes and Apple TV+).

When it comes to Smart TVs we can drop FairPlay from the discussion (or rather we can for the moment — it is not impossible that Apple will introduce a TV set of its own at some point in the future). But that still leaves us with a dramatically shifting matrix of protocols that not every Smart TV supports.

In either words, if you want to make sure your content can get to the widest possible audience, you need to be supporting every DRM format. And that leads us inexorably to Multi-DRM.

What to look for in a Multi-DRM solution

Multi-DRM solves the problems that fragmentation when it comes to digital rights management have caused for the Smart TV market. Effectively it makes the sets plug and play again, and ensures that the viewers can see your content whatever platform they are watching on. So what should you look for when it comes to implementing a Multi-DRM solution of your own? Here’s a quick list.

A Multi-DRM solution needs to be able to support the widest number of DRM systems in the market. Currently that means Widevine, PlayReady, and FairPlay

It should not however be limited to these three. New requirements are always a possibility, especially as Hollywood studios look to further crack down on content theft. A Multi-DRM solution needs to be agile enough to respond

Solutions need to be able to handle DRM license issuance peak volumes and handle them at speed to ensure they do not add to the latency of live events. For instance, our work with Orange granting 1.75 billion Multi-DRM licenses averages out at 55 per second for an entire 12 month period. Peak flows can be much higher. During one high profile global soccer tournament, we were granting a peak of 1000 licenses every second for a single broadband client.

A Multi-DRM solution should go beyond the basics of ensuring delivery and provide such additional features as device authentication and multi-DRM management for a truly holistic approach to content security. For instance, at VO we are also able to provide integrated Dynamic watermarking when apps are built with the VO Player.

One last thing that is well worth pointing out. For all the efforts surrounding HDCP it has been long compromised and the STB broadcast ecosystem is one that has long been vulnerable to multiple attack fronts. Restreaming in particular is relatively easy.

Unlike STBs with their multiple outputs, however, the Smart TV is the end of the line when it comes to video. No video output needs to be built into smart sets, meaning the only way of illicitly recording content from them is via a camcorder or mobile phone. And that is a route that can be closed off using technology such as our Dynamic Watermarking which provides a unique ID for each Smart TV set and allows for the swift source identification of any content theft in realtime.

That the Smart TV might contribute to the anti-piracy effort while existing efforts to enforce content protection have made Smart TVs sometimes problematic to use is one of those ironies that technology occasionally specialises in.

The Smart TV is already dominant in the market and is only set to become more so in the coming years. As yet though there is no sign that there will be any standardisation on DRM protocols in the future, nor any indication that all manufacturers will commit to supporting all of the competing systems currently in the market. Which means that supporting everything via Multi-DRM is the only realistic option for broadcasters and operators that want to provide services to as many customers as possible. 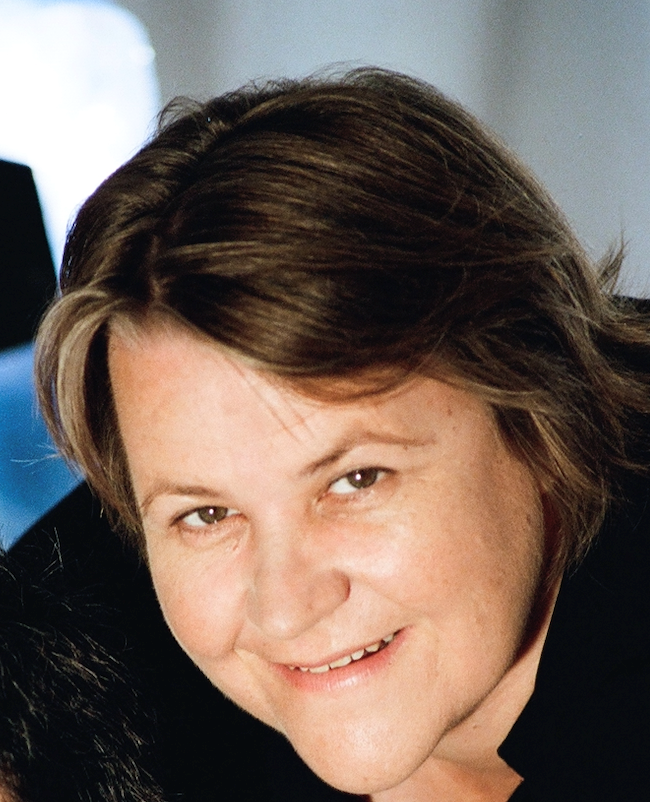 Nadine Patry is Security Solutions Marketing Director at Viaccess-Orca, where she drives the company vision of security and anti-piracy tools and services for operators and broadcasters. Previously, Nadine worked as a Product Marketing Director at Anevia, helping worldwide operators to distribute OTT services from VOD to Live, including catch-up TV and nPVR. Her 20+ years career in the media industry has given her an impressive depth of experience from media production to media consumption. Much of that time was spent with the Technicolor Group where she developed retail products for Consumer Electronic markets, and technologies and tools for Studios, Broadcasters and Operators to create and distribute content all over the world. Nadine holds a Master’s Degree in Computer Science and Artificial Intelligence from UTC (Université de Technologie de Compiègne) and a Master’s Degree in Digital Arts from Université Rennes 2.