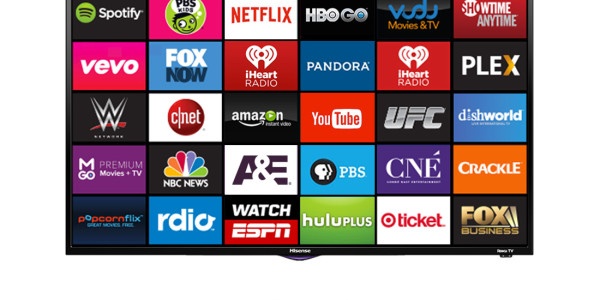 While the growth of OTT subscription services continues to work its transformative powers on business models across the global broadcast industry, attention is starting to turn to the effect that OTT and its associated TV Everywhere paradigm will have on content.

Bloomberg is among those that think that more streaming means better shows, the thesis being that as competition increases for subscribers amongst the big OTT players, they have to spend more on content to attract them. “Internet video economics will increasingly favor original, higher-value productions,” it says.

From VO's Infographic: The Rise of TV Everywhere

Certainly, some of the budgets that are being talked about are jaw-dropping. The Financial Times has put the cost of Amazon Prime’s car-based magazine show staring Jeremy Clarkson and the rest of the ex BBC Top Gear team at an amazing £160m. Meanwhile, Verizon says it will have 52 original series on its Go90 by the end of the year and has programming deals with about 100 companies.

“I think we’re in a golden age of television, so if you go back in time even just five years, you couldn’t get A-list talent to do TV serials, or, if you could, it was a rare thing. But that’s flipped completely,” Amazon founder Jeff Bezos told the Sunday Telegraph. “The investment is very high now in serialised TV, and the amount of time you have to tell a story is much greater. That format change opens up a lot of storytelling possibilities, which, when mixed with the movie-like production standards, and the A-list talent, is why we’re seeing amazing television.”

The interesting thing is how comparatively conservative the big players have been to date. Once television programming fitted into well-established genres and equally well-established formats — the one hour drama, the 30 minute sitcom — and now it is part of the TV Everywhere ecology it should be able to evolve to fit its surroundings. But, so far, the big budget content has cleaved to the original and established television tropes.

“We hope you enjoyed this short. If it felt like a full length TV episode, well, that’s because it sorta was supposed to be,” says WongFu Productions about its ‘Single by 30’ trailer, one of the 10 exclusive original productions name-checked at the launch of the YouTube Red subscription service at the end of October.

That slavish recreation of traditional TV could all be about to change though. Verizon’s Go90, for instance, has been designed from the outset to support both long-form and short form content (“snackable” is a term the company likes to use) and the blizzard of statistics relating to short-form suggest viewership is growing impressively.

A widely cited survey from emarketer, US Adults Spend 5.5 Hours with Video Content Each Day, suggests, indeed, that adults in the US will spend an average of 5 hours, 31 minutes watching video each day in 2015, up from 4 hours 56 minutes in 2011. The key stat though is in the detail: TV viewing has actually declined over that period, from 4:35 to 4:15 hours, while time spent on connected devices has almost quadrupled from 21 minutes per day to 76.

Quite what that means for the industry as a whole is open to debate (as even is the actual definition of short-form, which is considered to be anywhere from under 20 minutes to under 5 depending who you talk to). Deloitte is one authority that argues in its influential TMT Predictions 2015 report that in comparing views (short-form) with viewers (long-form) the data regarding short-form is overstated.

“We estimate that 10 billion hours of aggregate online short-form video per month should be shown on screens, but not necessarily watched, in 2015,” it says. “This is a spectacular achievement for a format that barely existed a decade ago, but it is equivalent to only 20 hours’ worth of global consumption of long-form video (television programmes and movies).”

Deloitte characterises short-form as a future, but not the future, of television, and says that while 2015 short-form revenues will be about $5 billion: by comparison long-form TV content will generate over $400 billion from advertising and subscription revenues alone.

All the investment from the likes of Verizon is raising the bar, however, and the rollout of subscription short-form services is meaning there are higher budgets for producing more shorts with higher production values than the old, YouTube revenue share model could manage alone. Will this be enough to champion new types of content? Or are we merely going to see a renaissance in content production?

Either way, making the content contextually relevant to the viewer is going to become an increasing priority, whether traditional broadcaster or new OTT service.