The Scope of Video Piracy in the Mobile Connected World 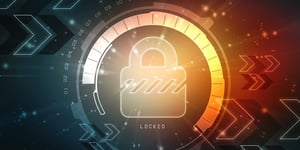 There are several worrying angles to the subject of video piracy on mobile phones. And while the most disruptive so far has undoubtedly been the use of handsets to capture and stream protected content there are other issues with the networks themselves.

YouTube waited two years after the 2015 launch of Periscope and Meerkat to launch its own live video streaming service. Given some of the attendant publicity that attached itself to the first two mobile-oriented streaming platforms, probably with good reason.

Periscope soon found itself embroiled in controversy when ‘dozens’ of accounts were found to be live streaming the opening episode of Series 5 of Game of Thrones, leading broadcaster and rights holder HBO into issuing a flurry of takedown notices. Within a month the $100 pay-per-view Mayweather vs Pacquiao fight had one stream with Spanish commentary being watched by 10,000 people alone. Periscope was notified of 66 streams of the fight from its rights holders – taking action against 30 of them.

The fact that since then stories of Periscope piracy have almost dried up is testament to the hard work that’s been put into cleaning up live streaming in general. Still, YouTube is proceeding with caution with its own rollout. While the live video will be available to all later in the year, currently it’s being limited to those YouTubers with 10,000 or more subscribers. This initial offering may be due to the fact that, Even YouTube has only a finite number of servers it can dedicate to such initiatives. But additionally, it is using this period to tweak the system to ensure that piracy doesn't rear its ugly head. 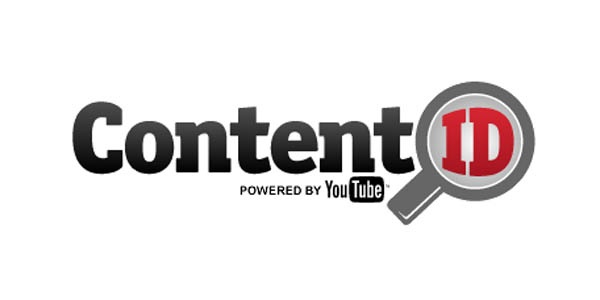 Content ID has been controversial in some quarters, but it has also been extremely effective and is evolving

YouTube’s secret weapon is Content ID, a vast database of over 50 million items, many of which were supplied by content owners such as film companies and record labels. Every scrap of the 300 hours of video uploaded to YouTube every minute is compared to this reference file database. If a match is found, then various actions are taken that can be set by the copyright holder, ranging from outright blocking to monetization.

It’s a system that is sophisticated enough to detect some of the workarounds commonly used by video pirates, such as distorting and pixellating sections of video or warping the audio. Nevertheless, training it to work with live content will require a whole new level of advanced technological complexity.

It may also need a helping hand from the likes of Google & Bing. One of the main methods that people use to find live pirated streams is via a standard search on a standard search engine, but the two leading companies in the field have recently signed up to a voluntary code of practice in the UK. While not an outright block, this will see searches for live streams artificially demote illegal sites in the results, while ensuring that legitimate providers appear at the top of the lists. It will be interesting to see how this works in practise during its summer rollout and whether it will be replicated in other countries.

Video Piracy: How Safe is the Data?

But, while the role of the mobile phone as a capture device is one that is under continued scrutiny, especially as they become fully fledged video cameras capable of outputting increasingly sophisticated streams, there are also issues surrounding the security of the networks themselves, especially as they transition from 3G to 4G and on to 5G.

3G networks were developed as a mixture of IP standards and mobile signalling protocols, notably SS7. However, while the networks inevitably overlap and modern phones ship with both 3G and 4G chips inside, 4G is a wholly IP system that essentially is all about simply moving packets of data around. It really is mobile internet in all senses. And while SS7 has had its security issues, its slightly archaic and specialist nature has protected it to an extent. Not so with 4G

"Hackers are generally well-versed in IP, so the attack surface is much greater than with the proprietary stuff," said Neil Cook, chief technology officer at Cloudmark in this Telegraph article.

According to the piece, the problem lies not so much in the communication between the phone and the base station, which is encrypted, but in the backhaul traffic that travels over leased or telco owned lines. These lines can often be unencrypted, particularly in the US where telcos own more of the infrastructure, and with an increase in micro-cell sites and even domestic signal boosters that carry signals over the open internet, the potential is definitely there for abuse. Equally though the measures to shut that opportunity down are comparatively simple.

It is though not something that will be, or indeed can be, tolerated by the time we get to 5G as an Ericsson white paper on the subject, titled simply 5G Security, details. It identifies four drivers for 5G security — new service delivery models, an evolved threat landscape, an increased focus on privacy, and the importance of new trust models, before asking whether 5G security can be a carbon copy of 4G security.

“If 5G had only been about bitrates, for example, the answer would likely be yes,” it says, answering its own question. “However, as 5G will act as a pillar for the Networked Society, additional aspects need to be considered.”

It continues: “Most notably, trust models must be revisited, and new aspects such as potentially misbehaving entities and devices should be catered for. Greater emphasis also needs to be placed on the assurance side, and it is important to account for completely new stakeholders and the extent to which they and their businesses will be dependent on 5G security design.”

And that will, of course, include both video and ensuring that video piracy doesn't gain traction in the Networked Society as the world becomes ever-more connected.