Industry insight: Three interlinked stories showcase the records smashed by high-profile titles, how series renewals are on the rise, and how local content quotas are being met in Europe. 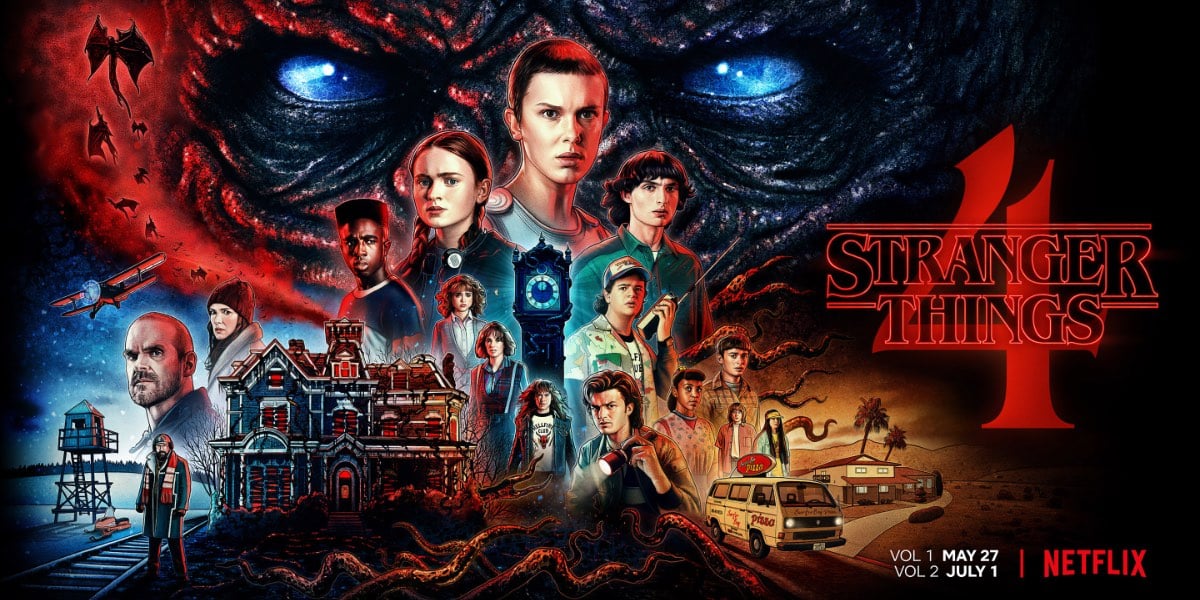 Netflix and Disney+ have just recorded all-time highs for their respective launches of Season 4 of Stranger Things and the much-hyped Star Wars spin-off, Obi-Wan Kenobi.

While there is growing doubt on the wisdom of full-season drops to encourage binge-watching, the latest season of what is arguably Netflix’s highest-profile success has recorded some eye-popping numbers that justify the strategy. 287 million viewing hours were logged in the three days after being added to the platform. That makes it the biggest opening weekend ever for an English-language series on Netflix, comfortably overtaking Bridgerton Season 2’s 193 million hours debut weekend.

It’s been a global success too, with the show reaching the number one spot in Netflix’s Top 10 rankings in 83 of the 93 countries for which the streamer tracks viewership. It made the Top 10 in the remaining ten.

Disney also announced that Obi-Wan Kenobi was its most-watched original series premiere globally to date in terms of viewing hours. It does not release its own figures, but Nielsen reckoned that the show reached one billion viewed minutes in its opening weekend. By way of comparison, that makes it only the third non-movie title on the streamer to exceed 1 billion weekly viewing minutes. (Loki also did it twice in July 2021, but with five episodes and the following week with six).

The depth of catalogue of the entire Stranger Things run delivered a massive 5.1 billion viewing minutes across its four seasons on that opening week; the Season 4 episodes provided 4 billion minutes all on their own.

Where it gets really interesting — and this is something that is going to have an impact on both service’s future AVOD tiers when they launch— is when Nielsen does a deep dive into the numbers.

Will this help make longer episodes more the norm in the future AVOD era? Quite possibly. But for now, whichever way you slice the figures, it has been a magnificently successful start to streaming’s summer of 2022.

The success of the likes of Obi Wan or Stranger Things highlights the advantages of featuring shows with ready-made audiences already invested in watching what happens next. All of which perhaps helps to explain why an increasing number of long-running series seem to figure in streamers’ plans.

According to data from Ampere, more TV shows for VOD platforms were renewed for their second or later season than ever before in the first quarter of 2022. And, from out of all those VOD renewals in the UK and USA, 51% were in their fourth or later season. This is a 6% increase in comparison to 2020.

As Rapid TV News details, a lot of this is being driven by relative newcomers to the VOD landscape such as Disney+ and Discovery+. These media giants are pivoting their established production capacity to streaming and taking multiple season risks on high-profile titles. They are also renewing existing titles previously intended for their linear platforms.

Individual strategies vary, however. First run commissions from Netflix, for example, continued to increase throughout 2021, with 8% more new titles announced than in 2020. Meanwhile the number of returning titles announced decreased; 2% fewer renewals were announced by the company in 2021 than in 2020. There was also a definite favouring of the cheaper-to-produce unscripted titles.

Striking a balance between committing to fresh new content and satisfying fans of existing titles seems to be one of the delicate balances that OTT companies are going to have to strike over future seasons. But as the following story shows, though, that is not the only equation that commissioning editors have to keep balanced in their minds.

In 2018, European MEPs voted to extend the working of the EU’s Audiovisual Media Services Directive to specify that 30% of content across all of the continent’s video-on-demand platforms’ catalogues should be European. With protectionism and the safeguarding of domestic video industries an increasing phenomenon around the world, streamers are having to accommodate a range of new legislations. New research— again from Ampere Analysis — lifts the lid on just how close the major streamers are to achieving the target.

Netflix leads the way and is now at or above 30% European content in nearly all of its major European markets, when looking at the proportion of European titles in its catalogue. The notable exception is the UK and Ireland, where only 27% of titles are European, presumably as a result of a larger amount of US imports. France is also slightly under, as are minor markets Belgium and Switzerland.

Putting some numbers on that, in the UK, Netflix would hit the 30% European target with the addition of just 408 European titles (or, if it needed to reverse engineer things, the removal of 953 non-European). Even fewer would be required for France, Belgium and Switzerland to meet quota.

What’s impressive is that the drive to hit quota is comparatively recent as, in December 2021, 16 of the 27 markets analysed were under 30% European. “The change can be viewed from two sides of the fence in terms of success,” writes Ampere’s Guy Bisson. “It either reflects the benefits of regulatory pressure in boosting the acquisition and production of European film and TV by US-based players operating in the region, or it shows how global players are increasingly competing directly with local and regional players with content that was hitherto largely the stronghold of single-market local broadcasters.”

Netflix isn’t the only streamer to be making headway in reaching the target. Amazon also exceeds the 30% quota in Germany, Switzerland and Italy, is on a par with Netflix in the UK with 27% of catalogue titles, and in other markets ranges from 16% to 28% European. The majority of HBO Max’s European footprint also exceeds 25% European.

Disney, however, still has some way to go, hovering around the 10% European mark. However, alongside other studios and global streamers, Disney has recently been ramping up its European local original production activities, as well as production around the globe. The result will be more localised content and likely more competition at a local and regional level.