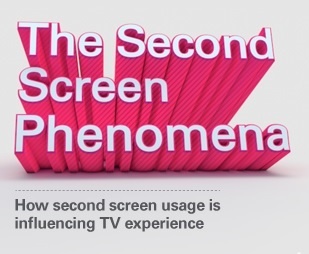 Second screen viewing, which refers to using an additional electronic device while watching television, is a consumer behavior that can no longer be ignored. In fact, one might argue that second screen viewing has become a widespread phenomenon that has altered the way we watch television.

In an attempt to better our understanding of this phenomenon, Viaccess-Orca has analyzed second screen usage amongst diverse populations of television viewers. The results, which appear in the infographic below, demonstrate the extent to which second screen viewing is altering the TV industry. According to our data, 70% of tablet owners, and 68% of smartphone owners, state that they use their additional devices while watching TV. However, only 37% of those who practice second screen viewing do so in order to look up information that is related to the program they are watching. Most TV viewers use their devices in order to check emails or visit a social network.

When it comes to second screen viewing, the USA and the UK are leading the way with European countries such as Italy and Germany lagging behind. To stay ahead of the game, check out VO's Voyage - TV Everywhere solution:

Check out The Second Screen Phenomena Infographic below: