Video Piracy Laws and What Needs to Change

Christine Maury Panis, VO’s EVP, General Counsel and Public Affairs, on piracy in 2020, the impact of Covid-19, and how video piracy laws need to evolve.

When it comes to examining the legal situation regarding video piracy there is good news and there is bad news. The good news is that attitudes towards piracy are hardening within the industry and with the trade associations and legislative bodies that companies like VO work with. The bad news is that there is steadily more of it. Indeed, in recent days a report has been released suggesting that the European industry’s loss to video piracy is approaching $1bn a year, while in the US the figures are even worse; 7.5 million households accessing pirated content costing providers $4bn a year

“Now on all the continents everybody shares the same concern and it gets the same attention,” she says. “You even have growing concern in piracy hot spots such as Asia and in certain countries where you would not have expected it. At VO we belong to many anti-piracy organisations, and one of them, AVIA (formerly CASBAA), currently has a big focus on Indonesia. Once upon a time you would never have expected that Indonesia could have made such progress, and they are now every active in trying to adopt legislation.”

Maury Panis says the pivot in Asia happened a couple of years ago when CASBAA released a report that suggested 24% of all Hong Kong consumers were using an illegal steaming box. What’s more, 49% of them said that they had cancelled legal Pay TV services as a result.

She says that this was a big wake up call for the industry in the region, and also adds that it was part of an important new phase in the battle against piracy; quantifying it.

“Now you can measure it,” she says. “Before you know it was happening but there was no real figure. Now there is.”

It’s not the only figure either that can give the industry sleepless nights. As part of VO’s work during a recent high profile soccer tournament that, for various copyright reasons, we can’t name (but it took place in Russia in 2018), we found a steadily increasing number of links to illegal streams as the tournament progressed.

Partnering with LeakID we identified 40,713 piracy links during the course of the Tournament’s four-week run. Crucially, we found that social media played a critical role in piracy during the tournament, with a total of 14,615 links for the three most popular social media networks, representing a colossal 41,371,139 viewers.

“What was really surprising to us was that most of those matches were being shown for free,” she comments. “They were available free-to-air, but the first reaction of many viewers was to go to the illegal platform to see them. It has become a normative crime, because for many people this has become the normal way to watch TV.”

Normative crimes are exceedingly problematic for authorities trying to enforce laws. Essentially they are crimes that become normalised — hence normative — in a society because everyone is doing them, with traffic speeding considered to be one of the perfect examples. Everyone speeds so, while technically still illegal, many people have ceased to consider it a crime.

Maury Panis tells a story of a relative who recommended she watch something on a pirate service. “I said ‘You do know who I am and what I do!’,” she recalls, laughing.

From boxes to apps

One of the things she says has changed significantly and aided the expansion of piracy is the move towards apps. While even devices like Kodi boxes required a certain amount to knowledge to get to work, not to mention a certain amount of intent to access the illegal material available for them, the apps that front illegal streaming operations are as easy to install and operate as any other. Click to download; click to access.

“You just need to know how to download an app,” she says. “There are thousands available and when you look at the most important ones you can see they have been downloaded millions of times.”:

The increasing use of apps as the conduit for pirated content does though lead to one of her key thoughts about piracy and how to fight it and that’s the notion of co-responsibility. For an app to be available for viewers to download and install, it has to available in an app store; for an illegal operation to make money from it — and many are sophisticated subscription services — the payment has to be processed at some point. 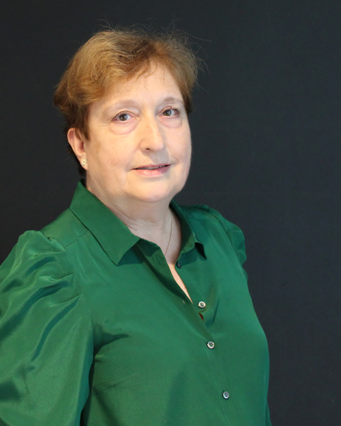 Christine Maury Panis: "Only the courts can order site blocking, but it takes too much time."

Time is another factor that needs to be addressed. Sometimes fighting video piracy can be uncomfortably like Hercules trying to slay the Hydra; for every site that shuts down two identical ones can spring up in its place. Speed is of the essence, and Maury Panis would like to see it improved, even floating the idea of a new body separate from the current court procedure that could be given the authority to ask hosting providers to remove pirate sites.

“The process today is that only the courts can order site blocking, but it takes too much time,” she says.

And coping with an acceleration in piracy at the moment requires all the tools that can be found to hand. A Europol report called Beyond the Pandemic details how COVID-19 will shape the serious and organised crime landscape in the EU in a number of areas and makes for uncomfortable reading.

“The impact of Covid 19 is huge,” she says. “There is a huge rise in video piracy but there is also a huge rise in everything that is infringing intellectual property. The Europol report shows that the counterfeit market is exploding as well. All of this is seen as an opportunity for the criminals to make quick cash.”

Some of this illegal activity is remarkably sophisticated too, even down to having special offers for key workers in the current crisis and sharing hashtags that dovetail into government campaigns such as the #stayathome one prevalent in the UK. The pirates have also adjusted to the lack of live content in the same way that legitimate broadcasters have and are showing replays, compilations, and more.

Combatting them and formulating an anti-piracy strategy is as important to media companies as ever. Education and changing the normative crime status of activities such as password sharing is important and Maury Panis would also like to see more technological tools, such as a faster means to detect apps offering illegal streams and the ability to get them delisted in the app stores much quicker than is currently possible.

This sort of initiative has already worked in the past. The voluntary anti-piracy code that Google and other search engines signed up to in 2017 has seen the active demotion of known piracy sites down the search engine results pages, and is seen as a significant factor in reducing the number of URL takedown notices the company has received over the past 12 months. The fact that those have fallen to ‘only’ 500 million though from a peak of one billion a few years before indicates once more the sheer scale of the problem.

The new frontiers though, the ones where the most urgent attention are needed, are apps and the sharing of links over social media.

“We need to ask them, Google and Facebook and so on, to cooperate and play the game, it's really important” says Maury Panis.