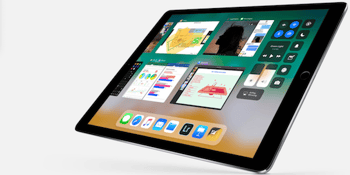 Apple’s move from the H.264 codec to HEVC (H.265) is going to free up a lot of bandwidth as 1 billion active iOS devices become vastly more efficient.

Somewhat lost in the glitz and the glamour of new computers and product launches at Apple’s latest Worldwide Developers Conference 2017 was an announcement at the sparsely-attended session 503, ‘Introducing HEIF and HEVC’. This said that the latest versions of its operating systems were switching codecs to HEVC (High Efficiency Video Encoding) for video and HEIF (High Efficiency Image File Format) for still images. And the implications for video streaming services in particular are immense.

“If you’ve downloaded the latest developers build, then on certain iOS devices you are already capturing and using these technologies and file formats,” Athar Shah, Apple CoreMedia Manager told the audience. “And if you’ve paid close attention you will notice that these files are a lot smaller than they used to be.”

Indeed they are. Apple claims that HEIF delivers twice the compression of JPEG, so watch out for the .heic file extension appearing near you soon. But, for an internet under increasing strain due to the sheer amount of video passing over its servers, HEVC and its ability to deliver significant compression improvement over H.264 is perhaps the real story here.

HEVC was first ratified in 2013 and has been providing greater and greater compression efficiency ever since as it has been optimized by developers. It works in a very similar way to H.264, processing video in blocks and using temporal and spatial techniques to get the compression benefits. Several notable differences between the two make it far more powerful, such as the ability to use variable block sizes up to 64x64 and better motion compensation.

As a result, Apple says it will give up to 40% better compression than H.264 in general uses. The Apple-oriented website 9to5Mac did some quick tests with a beta of the forthcoming iOS 11 and found a video of the New York skyline came it at 61.2MB when encoded with H.264. This value dropped to 33MB with HEVC enabled. 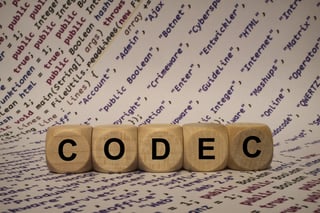 This, of course, is all the more important given the rise of Ultra HD and HDR content. The projections regarding the growth of video streaming services in the next handful of years are extraordinary. One million video minutes are forecast to pass over the internet every second. There will be a 15x increase in live internet video, and over 78% of the world’s mobile data traffic will be video, a nine-fold increase between 2016 and 2021.

This is an enormous burden on an infrastructure that is often straining at the seams. Predictions that the internet will fall over due to future traffic demands are as old as the web itself. The heated arguments surrounding net neutrality suggest that concerns regarding the next five years of growth are actually grounded in reality.

Anything that mitigates this is a welcome development. Apple’s move to HEVC is liable to have an effect over and above its penetration, as iOS devices tend to higher monthly data usage — 4.8GB per month as opposed to Android’s 3.2GB.

Back of an envelope calculations suggest that Apple’s move to HEVC alone might shave 1.87 exabytes off total monthly traffic. While that is under 4% of the monthly projected 49 exabyte mobile monthly total by 2021, if widened out beyond the Apple ecosystem, then the relief on the network becomes even greater.

Of course, there are potential barriers to that. Firstly there are other codecs available. Google has its own next generation codec in VP9, but VP8 never caught on in the market when measured against H.264. VP9 has issues, especially with regard to a still floating final specification. There’s also AV1 to consider, an open, royalty free codec currently in development and due to be completed by the end of this year. Secondly, all of the next gen codecs have a greater computational cost associated with them, though, at the operator end of the equation, that is precisely the sort of reason that cloud-based encoding has become so popular in recent years.

Consumers will be delighted to see the amount of storage they need for media on their devices halve almost overnight, and there are even positive implications for people trying to creep under data caps. But for an industry trying to reconcile the demand for video streaming services with the strains on the infrastructure currently in place to deliver them, it is potentially even better news.