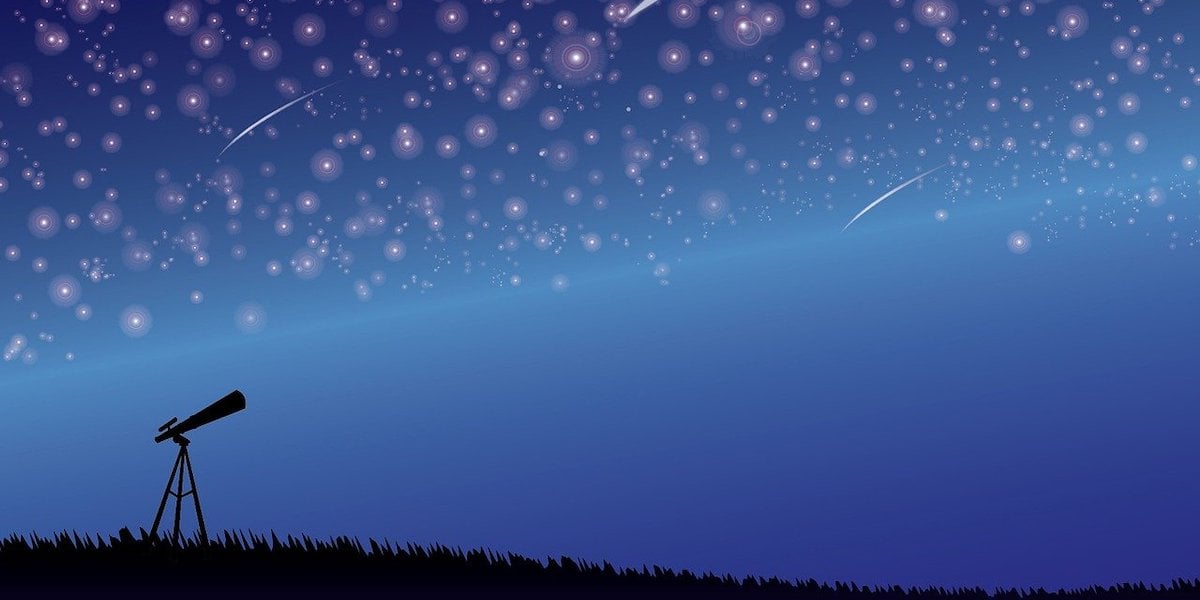 There are somethings we know for absolute certainty about 2020: there will be an Olympic Games and there will be a US election. Both will have major impacts on the broadcast industry for different reasons. One will set the technical benchmark for the next few years in the industry, the other will possibly shape the direction the choppy interface between media and social media evolves in over the next few years too.

What will be the main trends we can pick out from 2020? These, in no particular order, are our Top 10.

While much of the industry noise and bluster surrounding Tokyo 2020 is about 8K, that’s going to remain a niche service for some time. There is always a lag between industry innovation and more prosaic consumer reality, and with even the case for 8K as a production format yet to be proven, its consumer presence remains tenuous.  Strategy Analytics, in its Media & Entertainment Predictions for 2020, sees the percentage of 8K sets as an overall part of UHD screen shipments hitting a little over 1% by the end of 2020 with a rise to 6% by year end 2023.

“Many broadcasters, even in Asia, are still working out how and when to get 4K services on the air, especially in live sports, never mind adding HDR or even HFR (High Frame Rate), which are also on the horizon as future upgrades,” it says.

With the big SVOD players all majoring on 4K HDR (indeed, Netflix has started to specify HDR as a requirement) it is now either the base spec or the new goal depending on where you are in the world. And there are viewers waiting too. In the same report Strategy Analytics sees UHD TV shipments set to rise from 129 million units in 2019 to 148 million next year and on to 193 million by 2023.

8K might be a future format, but 4K HDR is very much an increasingly present one.

The growth in 4K HDR also means a growth in the piracy attacks that target such premium services. This has been a constant theme of ours throughout the year, and indeed one of our most popular blog posts of 2019 has been our 6 Ways to Stop Digital Piracy, and our innovative Anti-Piracy Centre has won awards.

2020 is going to see the anti-piracy efforts redoubled though, both by ourselves and throughout the industry. We expect to see the use of AI increasing to identify pirate ‘behaviours’ among end-users, thought as a corollary to that we might also start seeing its deployment in piracy attacks next year too. We also expect to see more worldwide legislation to block illegal streaming and - hopefully — illegal IPTV networks, while it will be interesting to see if the new D2C offerings from the likes of Apple and Disney will have robust anti-piracy measures baked in from the outset.

AI is going to make an impact everywhere, and one of the key trends is going to be with the rise of AI edge chips that will perform accurate AI and machine learning tasks on-device rather than in the cloud. Deloitte estimates that 750 million edge AI chips will be sold in 2020, rising to exceed 1.5 billion by 2024, “possibly by a great deal.” It also performs some entertaining maths and analysis to conclude that so-called Neural Processing Units can be added to consumer and enterprise devices for as little as a $2 price increase.

Currently these chips tend to be in the $1000 smartphone category. But that will change. And that will radically transform a whole host of functions on consumer devices from AR and VR to voice recognition, translation, and more. “What do edge AI chips do? Perhaps the better question is, what don’t they do?” asks Deloitte rhetorically.

The rise of Edge AI will be useful in that it will help alleviate the pressure on the mobile networks in particular. While the 5G rollout is still in slow acceleration mode this is probably a good thing too as it will be a time before it has the coverage and the capacity to handle some of the projected rises in video data traffic.

Nevertheless, 2020 may well be the watershed year for the technology. Rollouts are underway in urban areas around the world and, while devices are still relatively few and far between, 2020 will change that with Apple’s latest generation iPhones expected to feature 5G when they arrive in September.

Some of the speculation surrounding their launch is already quite intense, with some analysts predicting as many as one third of the 900 million current iPhone users will upgrade for 5G in 2020 as a result. By any measure, that will see 5G as a confirmed mass market technology by the end of the year.

You may have seen us write recently about a new field for VO, Additive Manufacturing and the need for a secure production environment when the basis for manufacture is the data that is used for 3D printing.

5G is, alongside Edge AI, one of the key enabling technologies behind Industry 4.0. Also known as the fourth Industrial Revolution, Industry 4.0 will see smart manufacturing processes increasingly undertaken in smart factories as part of the industrial Internet of Things, with technologies such as Additive Manufacturing at their very heart.

It needs robust security all along the production chain to work, but holds out the promise of being genuinely transformative, allowing for rapid prototyping, the production of complex designs that are uneconomic to manufacture using traditional methods, and increased sustainability via improved resource efficiency and closed-loop material flows.

6. The rise of the super-aggregator

While an increasing phenomenon amongst operators in recent years, the news that 300 million global Pay-TV households now have access to Netflix only serves to confirm the increasingly popular super-aggregator strategy amongst Pay-TV operators. It’s popular with consumers too, who increasingly value having a single bill and point of contact for all their services as the amount of services they subscribe to widens (not to mention the fact that TVs still ship with a limited number of HDMI sockets). Add in the increasing proficiency of global content searches on such platforms too, and it should help reduce consumer dissatisfaction with the inability to find anything to watch at a given time.

It also has a knock on benefit effect for the industry as a whole in reducing the attack surface for piracy and bringing content within the typically well-protected walls of the Pay-TV ecosystem.

One of the defining wider industry trends over the course of 2019 was for Merger & Acquisition activity in the field of analytics. The massive CRM Salesforce completed an acquisition of equally influential analytics specialist Tableau Software for $15.7 billion in the summer, while it is even tempting to see the $38 billion Comcast takeover of Sky though the lens of the Us giant looking to acquire Sky’s pioneering AdSmart targeted ads platform.

Indeed, the amount of M&A activity in the marketing and ad tech technology space was up 28% quarter-over-quarter in the middle of the year. eMarketer forecast that the amount  spent on digital ads in the US was going to overtake traditional ad spending this year. And while targeted ads are currently only a percentage of the total, headlines such as Addressable TV boosts ad engagement by a third would likely suggest that that percentage will be rising as 2020 rolls on.

This was one of the most intriguing trends we identified in 2019 (see Why AVOD Solutions Are Becoming Increasingly Attractive) and we see this only continuing in 2020. So far it is a phenomena that has been mainly confined to the Asian market, where three services in China alone have a user base close to or over half a billion people and where overall income is expected to reach $32 billion in 2020. As more streaming services come on line and competition for what is a finite consumer budget intensifies, though, it looks like the AVOD model will spread further afield, making inroads into even the established US market. Expect to see consumers adopt a pragmatic mix of paid for, ad-free subscriptions augmented by AVOD services. What will be really interesting is whether those services are offered by the same media companies in different tiers.

Finally 2020 is the year that ATSC 3.0 eventually rolls out in the giant American market, with broadcasters collaborating to ensure that it is available in 40 of the largest TV markets by the end of the year. Its impact is going to be fascinating to track, as a lot of the advantages that Pay-TV and OTT have enjoyed over their competitors are erased as a result, even for someone still watching television via a fabled bunny ears antenna.

ATSC 3.0 brings better signal quality with less interference, 4K pictures (with the potential for 8K), dramatically improved audio, and the pairing of over-the-air broadcast with internet connectivity allowing for a dedicated return channel. That means broadcasters will be able to roll out services such as PVR and catch-up TV, as well as targeted advertising, and start to leverage some of the data that is currently just disappearing along with the one-way broadcast signal into the aether.

A fair few of the 2020 broadcast industry predictions made here are no real surprise; more the eventual playing out of trends that have, to be fair, been in motion for some time. That perhaps makes 2020 less a different era and more a long-expected one. But there are some innovations in there that could be genuinely disruptive, especially Edge AI as the possibilities of on-device processing become better understood, and (possibly longer term) Industry 4.0.

Certainly it will be interesting to look back from 2030 and see how much the world has changed in the decade still yet to come. And that change starts right now. 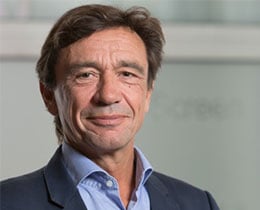