From the impact of Covid-19 to greater awareness of security issues and making site-blocking more effective, VO’s Christine Maury Panis on anti-piracy efforts in 2021. 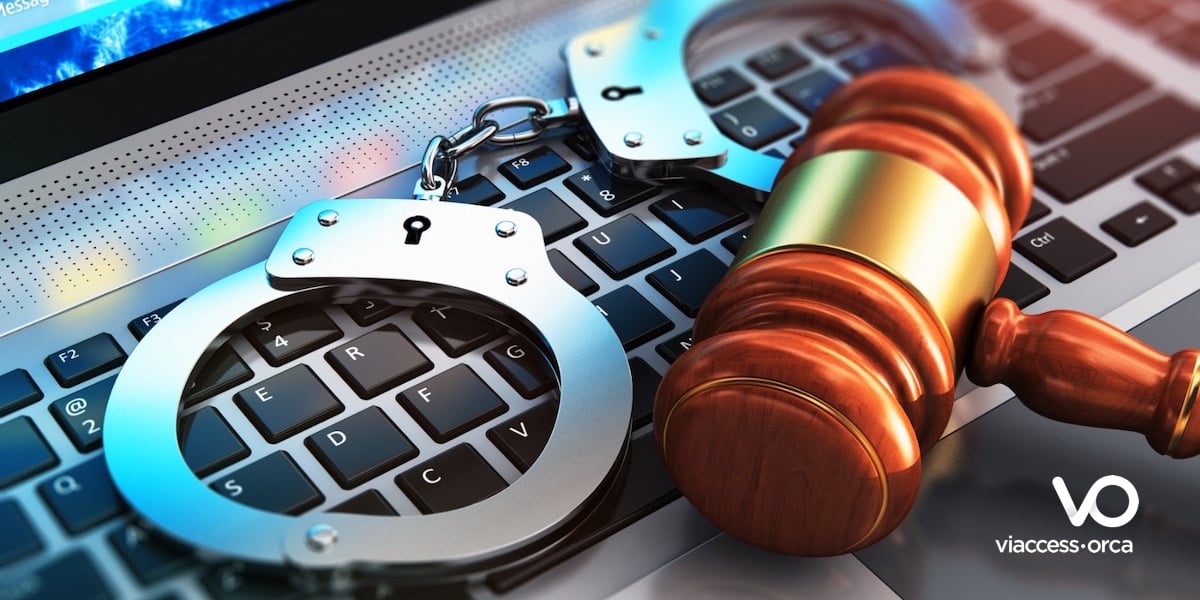 April 26 was World Intellectual Property Day, and to mark the occasion the Audiovisual Anti-Piracy Alliance published an infographic detailing the current scale of the problem. In it, it states that the value of pirate video services accessed by Pay-TV and non-Pay-TV consumers has been projected to exceed $67bn by 2023.

These are huge numbers. Legitimate global SVOD revenues were less than that in 2019 at $50bn. And while the legal SVOD revenues are forecast to rise to $100bn by 2025, few people can say with confidence that the piracy figure will not have increased further by then too. It’s worth pointing out that that is despite the huge efforts being undertaken worldwide to stop illegal video piracy. Without those efforts it would be much more.

We sat down with Christine Maury Panis, VO’s EVP, General Counsel and Public Affairs, to talk about the current global situation regarding illegal piracy and what actions still need to be taken to combat it.

Q: It is difficult to talk about anything involving video this year without talking about Covid and how it has affected matters. How has the pandemic changed the piracy landscape?

A: It has affected it hugely. When we talked last year we saw how Covid was really boosting illegal streaming and that has been the trend everywhere. We are members of the AAPA and the figures show the impact it has had. Nearly six million people access unauthorized IPTV in the UK, 5.7 million in France, 4.3 million in Germany, and a massive 23 million across 9 million households in the USA use a pirate IPTV subscription service. In 2019 in France 2 million people were watching live sports illegally. In 2020 that doubled to 4 million people. What’s more, what was once confined mainly to sport is now spreading to other genres and VOD. Covid has had a dreadful effect; we’ve lost the benefit of an entire year in the fight against piracy.

Q: It sounds like losing that year has actually put us back five or ten years.

A: Exactly. Piracy is booming. And it is a complex picture with many nuances. People may have regular subscriptions to services and be stacking illegal services on top of that. These services are not always free either, just cheaper than the legal alternatives. People will often pay for them, so they have a mix of legal and streaming services that they watch. And while there is plenty of research that has been done suggesting that you can convert illegal viewers into legal viewers, it is more complicated than that because many people can be both at the same time.

Q: It is a gloomy picture. Have there been any successes in the fight against piracy recently?

A: Yes, there have. In Asia, there have been several high-profile and successful site-blocking initiatives, especially in Indonesia and Thailand. These claim to be very effective, but it would probably be wise to look at other wider factors that may be in operation when it comes to analyzing their results. Certainly, other countries have not seen the level of effect we would expect based on those results alone.

Q: What can be done to make site-blocking more effective?

One interesting development comes with new initiatives in Germany and France that are looking to make site-blocking far more effective. There are two components to this: speeding up the approval of the action to be taken and widening the scope of it. We can speed up the issuing of take-down notices by pre-approving them for certain events, for instance, and getting as much of the admin out of the way so that orders can be issued while an event is underway - not days afterward! Then we are starting to see dynamic amendments to these orders that last up to 12 months and cover the mirror sites that spring up as soon as you take the initial site down. By acting against these as well we can dramatically limit the effectiveness of a site and start to limit the damage caused by Covid.

Q: What about social media? How are discussions going with limiting the increasing amount of link-sharing that takes place on their platforms?

A: The discussions are ongoing. The social media companies are making all the right noises but they are waiting to see if they will be obliged to act by legislation rather than doing anything beforehand.

Looking to the future

Q: What changes do you hope to see over the next two or three years?

A: There are two sorts of changes we can hope for. There is the change that distributors and Pay-TV operators make a big effort in terms of making more realistic offerings to consumers. It’s not just about prices falling, it’s about becoming more flexible; allowing people to mix and match their bundles, for instance, or change them far more easily. If that happens then we will see one of the key advantages that the pirates can claim disappear.

The second thing is a growing awareness of cybersecurity issues. If you go to illegal streaming sites the risk of being infected by malware is three times greater according to AAPA figures, while it stands to reason that if you enter your personal data into a site for payment or other purposes, then the chances of that being used for cybercrime is that much greater too.

Q: Has Covid played a part here too?

A: Yes. One of the ‘benefits’ of Covid, if we can say that, is that people have started thinking more about their cybersecurity. And this is everyone. This is the largest SVOD providers who are talking to us because they want a holistic solution. It is not enough for them now to be alerted when there is a leak, they want to be able to detect illegal activity at any point and at any time in the chain. And this is the consumer who realizes how vulnerable their digital presence and identity is because they’ve been working from home for a year. They are not only increasingly looking to avoid being involved in any illegal activity themselves, but are looking to their legitimate service providers in turn to protect the integrity of their data.

Covid has had a dreadful effect on the world in so many ways, but here we can hope that, in the long term, it may mark the time when people’s attitudes towards their online security started to change for the better. And, coupled with the greater use of anti-piracy tools and techniques, such as the ones we have developed and continue to evolve here at VO, that will be bad news for the pirates.