This year for International Women’s Day, we talked to women in three countries on three continents about their experience of working in VO and the industry. 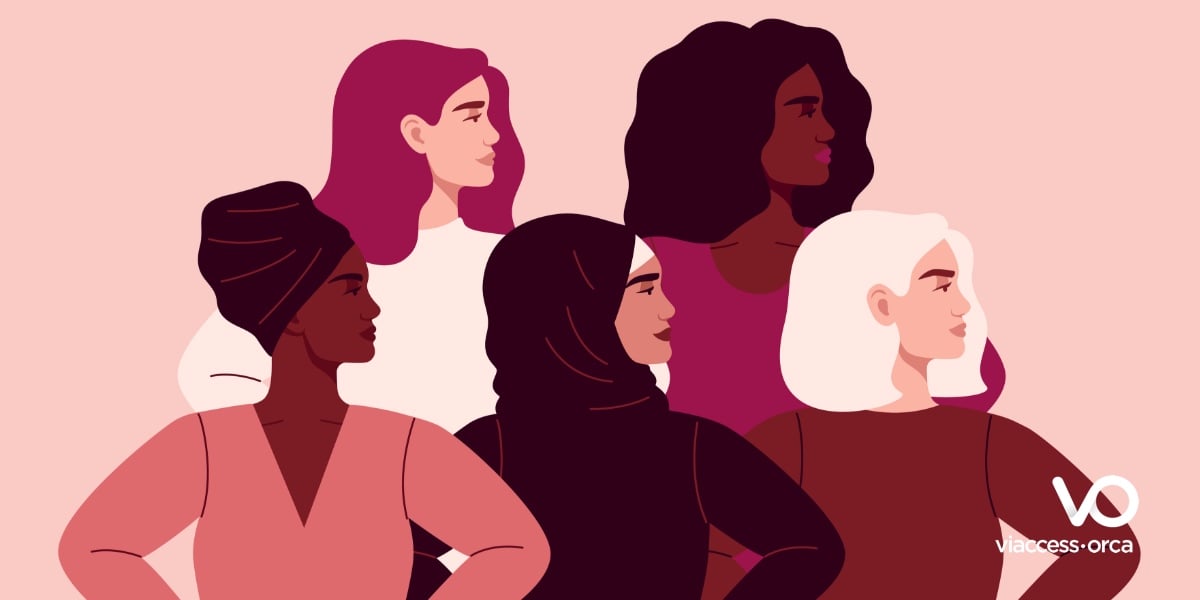 The first International Woman’s Day (IWD) was held in 1911. The fact that we’re still holding them 110 years later is both a sign of success and failure. Success in that there is a powerful movement that reaches from the very top of international organizations like the UN down to grassroots activists the world over. Failure in the fact that after over a century of action, legislation, and protest, the struggle for equal rights, equal pay, and equal opportunity is still ongoing.

We presented a whole raft of statistics looking at this in our 2019 IWD post Celebrating Women in the Broadcast Industry, and to be honest little has changed since — at least officially. The disruption that Covid has caused to research studies on these issues worldwide means there are few new facts to examine.

One quick statistic from that 2019 piece though: according to the OECD women earn 16% less than men, and female top-earners are paid 21% less than their male counterparts.

Q: How has been your experience as a woman working for VO?

Astrid: I feel there is no difference in the company because I am a woman. I’m never told by anyone to stop what I’m saying because I’m a woman, and it’s been that way from the beginning. But, even though I have never experienced it I have witnessed it in the wider industry.

Antonieta: I don’t feel any discrimination at all. We don’t have any gender distinction. And here at VO, I have a unique situation for me in that I only deal with women too. My Project Manager is a woman, and the people I deal with mainly are women. This is unusual though. When I studied I was often the only woman in the class. In general — though not here at VO — there is always the feeling that, as a woman, you need to prove that you are smart, that you are capable; you need to show that more than men. That said, in my previous jobs, I felt more discrimination for being young rather than being a woman.

Astrid: I studied with many women, but at this moment in our careers many of them are now in administrative positions. Women in technical positions are very few. At the technical meetings I go to with customers I am usually the only woman, the rest are all men. But there are no issues or bad feelings as a result

Antonieta: Here at VO I also got a lot of support from other women when I started. As women, we are helping each other in the company.

Anne: In France, it’s quite difficult to find a female engineer. We have only around 20% of female employees, whereas in Israel they are nearer to a 50/50 balance. But here in France — and in our Finnish office too — most of the technical positions are held by men and it’s difficult to recruit women, even apprentices or interns. This is the root cause of our problem. When you walk into a meeting 80% of the people there are men, and women are in positions in human resources, communications, and support functions in general. It’s a complex issue. It’s interesting to note that when we do find young female engineers they usually come from Algeria, Morocco, Sub-Saharan Africa, and so on, not from France.

Noa: In VO Israel I work with a lot of women in a lot of different positions, not just administration stuff. But if you look at the broader industry here we are still the exception. Other high-tech companies have a lot fewer women in them, and when you do see them they tend to be in HR, product, and admin. It’s a genuinely international problem. And it’s not just that there are less women than men overall — around one third. When examining their roles you find that for technological positions women are about 22% of the workforce, and only around 18% for technical management ones. Plus, of course, they still earn less than men for the same position…

Anne: It is easier to recruit women engineers in Israel than in France. The national service they do in the army helps with that. In France, even women that are good at mathematics and science, when they choose an education at 18 they go more towards business-oriented careers.

Q: What about pay parity?

Anne: In France, we have a special budget to bring about pay parity between men and women. But the main problem is still recruitment and that is very difficult to change.

Atika: A few years we created a group #iloveparity in the company and we always discuss how to increase the number of women here so that we are at the same level as in Latin American or Israel. We have an onboarding scheme where I’ve been asked to meet female candidates and have an informal meeting on what it is like to be a woman at VO and what we have done for women with our policies on equal pay.

Anne: I wouldn’t say that there is a glass ceiling. There might only be three women at board level, but that reflects the number of women in the company in France; the main problem still lies with finding suitable candidates to bring into the company.

Q: How have things changed recently? Has Covid had an effect on roles?

Atika: There was a study done in France that I think relates to most countries, and that showed that for women in all roles work during Covid was more complicated than for men because of the mental load and balancing work with family. Family responsibilities have been more on women’s shoulders than men’s, so at VO we have tried to ensure that people can disconnect if they need to.

Noa: The majority of the people in Israel that have been on leaves of absence or have lost their jobs have been women. There have been many studies worldwide released today that show that women’s equality has been set back years, even decades in some places, due to the impact of lockdown. But VO was consciously focused on ensuring that there was a work/life balance before Covid, and I'm happy to say that has continued.

From our discussions we concluded that education is the key to so much of this. We need to provide not only equal education opportunities, but teach girls to believe in their abilities and that they can study what they want and work doing whatever they like as a career. And we must not forget to teach boys that girls can do all that too.

At the bottom of the official IWD website, it poses the rhetorical question do we still need an International Women’s Day? The experience of Covid would suggest that we very much still do, and the IWD goes on to say that according to the World Economic Forum, none of us will see gender parity in our lifetimes, and nor likely will many of our children.

“Gender parity will not be attained for almost a century. There's urgent work to do - and we can all play a part,” it concludes.

We are proud to say that at VO we are all doing our best to play our part. But, as well as institutions and businesses, it’s up to all of us individually to carry on doing so too — men and women, both in the workplace and outside of it — until equality is finally a reality in all parts of life and in all parts of the world; The work continues…