What the Internet Trends Report 2019 Reveals for TV Operators

Mary Meeker’s Internet Trends Report 2019 was its usual massive slide deck with some interesting information within it for anyone interested in the business of OTT. 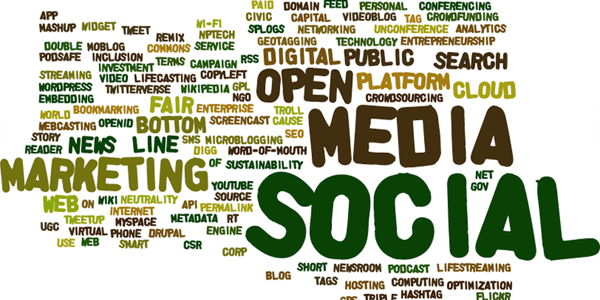 One of the highlights of the internet year is always Mary Meeker’s presentation of her analysis of trends in the high tech industries, and the Internet Trends Report 2019 was no exception. There are several big landmark annual reports that the internet loves to track, but few have the impact or the breadth of Meeker’s, which this year encompassed a massive 333 slides and charted almost every facet of humanity’s interaction with the digital age.

Not all of that slide deck is relevant to our industry, of course, and there’s a pronounced US bias towards its findings. But Meeker’s role is to guide investment, which she has previously done for her long time partner firm of left Kleiner Perkins Caufield & Byers, and is now doing for her own new tech investment fund called Bond Capital. And Bond Capital has already raised over $1.25bn since starting in April, which is a good measure of the esteem her opinion is held in.

Here are the key takeaways from our reading of the report, which she sources from multiple directions, and its analysis.

1. There is an increasing pivot towards mobile

A decade ago, the average American spent 266 minutes a day watching television and a mere 20 minutes a day with their mobile phones. Given that these were pretty much mostly first generation smartphones, that is perhaps understandable. But the progress since has been astonishing and sometime at the end of last year and the beginning of this year the two mediums crossed over. The estimate now is that the average American watches 216 minutes of TV a day, down 50 minutes in a decade, and 226 minutes — close to four hours — on their mobile devices. Common sense would suggest that these are not mutually exclusive activities (see 3. below).

2. We are more connected than ever

While the year on year growth of internet users might be slowing, it has now reached the point where over half the world’s population, 51% to be exact, can be considered to be online. Access of course varies depending on speed of connection and, on a global basis, the political regime under which connection is maintained; it would be hard to conclude that all those people are potential OTT viewers, for example. But the total online market has now reached 3.8bn consumers and, even with slowing growth, will probably top 4bn by 2021.

Meeker pointed to Nielsen data that says that:

While the fact that people like a free trial and it is one of the best ways to attract new subscribers hardly feels like an exclusive insight, it is good to have it confirmed and quantified. 42% of survey respondents said that the presence of a free trial was the most likely reason to entice them to a new streaming service. Interestingly that single criteria beat out a good content library (38%), access to exclusive content (29%), and a good user experience (26%). And while the report doesn’t cover it, maintaining that free trial as a free tier, perhaps in an AVOD supported service, might slowly become less controversial as more content heads towards OTT delivery. This is doubly important as customer acquisition costs are rising in many industries to the point where they surpass the long-term value of these same customers. Cheaper ways of acquiring new users are therefore essential.

Enabled by cloud technologies and easier digital payments, amongst other things, Meeker pointed to a rise in freemium business models across several industries, listing examples with over 10 million paid subscribers in gaming (Epic Games’ Fortnite), Enterprise (Dropbox) and the consumer sector (Spotify). In fact, Spotify was the first company in the world to reach a subscriber base of over 100 million paid subscribers back in April. Much more is expected to come in the sector, especially in the consumer field.

6. Short form social media video is on the rise

While the global demand for short form video has run into headwinds, many of which have been generated by changes in the algorithms governing what is surfaced and when to users and the subsequent impact on advertising revenue, users themselves are driving an impressive amount of new video traffic. The number of daily active users for a range of relevant services including Instagram Stories and Facebook/Messenger Stories is approaching 1.5bn. That’s a rough doubling since 2018.

7. The power of personalization

The data in this slide was from a retail survey, admittedly, but it should broadly map onto the OTT space. In this Accenture survey, 91% of consumers said they preferred brands that provided personalized offers and recommendations, while 83% were willing to passively share data in exchange for personalized experiences, ie providing analysis of purchase history etc. 74%, meanwhile, were happy to actively share data for the same reward, in other words indicating preferences, favourite products etc.

8. Coping with increasing volumes of data

“If it feels like we’re all drinking from a data firehose, it’s because we are,” said Meeker in front of a slide of a man driving from a gushing fire hydrant. She shared statistics from an IDC report that shows that the global datasphere will grow from 33 zettabytes in 2018 to 175 zettabytes circa 2025. Interestingly the media and entertainment sector will slightly under-index when measured against the global data sphere growth, showing a CAGR of 25% against an average of 27%. For reference that’s a 5x increase.

We’ve written about the potential increase in data velocity, volume, and variety ahead of the industry before. As the IDC estimates that by 2025 every connected person in the world will average a digital data engagement every 18 seconds, over 4900 times a day, perhaps we need to revise our numbers upwards.

There is plenty more in the full slide deck, which you can read here to see her analysis on the problems of internet culture, what is happening in the Chinese market, issues surrounding privacy and more (there’s also a 30 minute video presentation on YouTube where she gallops through it all at impressively breakneck speed).

There’s also one singly impressive slide which she shares that shows our ability to cope with technological change is currently being outpaced by the change itself. It states that to keep up with progress we need to develop skills that enable faster learning, quicker iteration, and more experimentation. 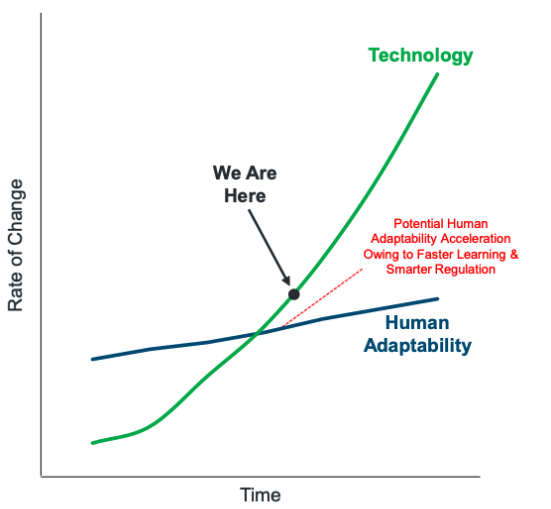 Anyone that has been involved in the launch of OTT services over the course of the past few years will probably understand where she is coming from.