Industry Insights: All the details of Netflix’s new AVOD offering which launches November 3, as well as the streamer’s first official audience measurement figures, the rise of connected-cars, and the final demise of Slingbox. 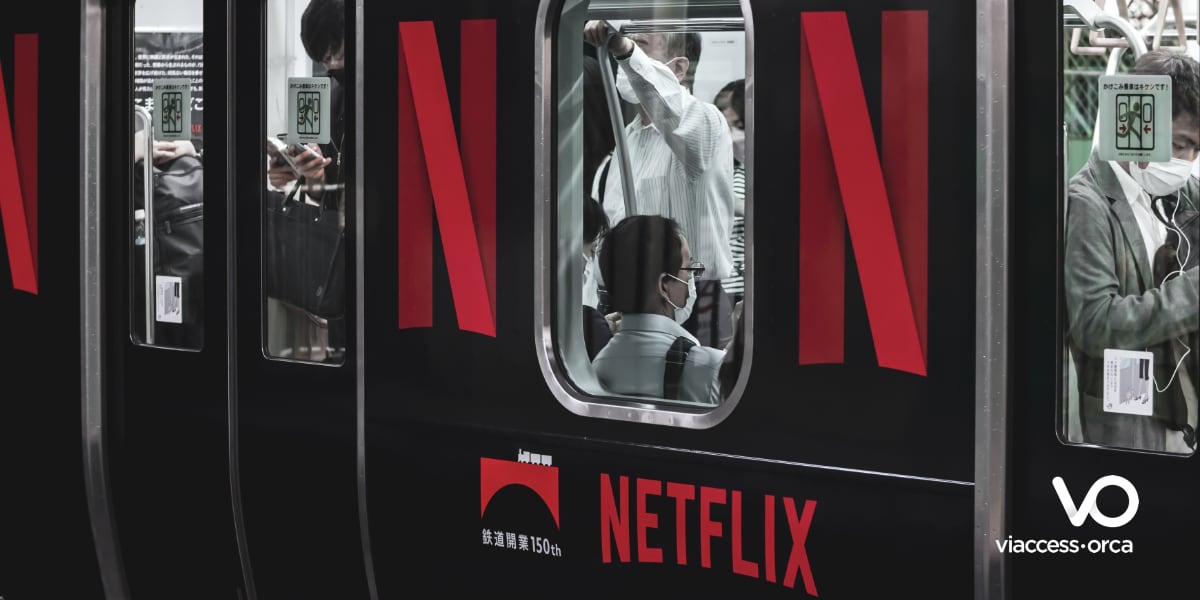 It's been a long time coming, but it's also been considered inevitable for quite some time; Netflix has confirmed it is turning on its AVOD service on November 1 in Canada and Mexico, with key markets including the US, UK, France and seven others joining November 3.

Netflix Basic With Ads will be priced at $6.99 per month in the US, €5.99 in France, €4.99 in Germany, £4.99 in the UK, and similar elsewhere. The US service is $3 cheaper than Netflix’s Basic plan, which provides the ability to stream on one device at a time. As Variety notes, previously the Basic plan has not supported HD, but, with the launch of the ad tier, Netflix will provide video quality of up to 720p HD for both Basic With Ads and the plan with no ads.

This falls quite a long way short of the sumptuous UHD pictures available in its top tier viewing and there are other restrictions as well. The ad-supported plan will not include Netflix’s full content catalogue, with somewhere between 5% to 10% of titles missing depending on licensing restrictions.

At launch, ads will be either 15 or 30 seconds long (and 20 seconds in Spain), and the company’s ad servers will provide an average of 4 to 5 minutes of ads per hour, which is way under network television levels but certainly in line with other major AVOD providers (and critically the new Disney+ AVOD offering). Subscribers to Netflix Basic With Ads will be asked to provide their date of birth and gender when they sign up, as the company has plans to target ads based on that demographic data.

Advertisers are being asked for a minimum $10m commitment and the streamer is confident it will have 4.4m subscribers on the plan worldwide by the end of the year (a number to be confirmed on October 18 on its latest earnings call). Interestingly it views these as being only neutral to positive in terms of revenue, acknowledging that there is going to be some cannibalisation of its more premium tiers.

Now it’s finally almost here it’s going to be very interesting to see how the ad-driven Netflix shapes up and, crucially, how streamer and broadcaster relationships evolve now that one of the biggest players in the field is chasing the same ad dollars as everyone else.

BARB will start reporting Netflix viewing every day at both a service and a program level as of 1 November.

BARB first included streaming services as part of its audience reporting across linear and on-demand platforms in November 2021, and the data includes aggregate-level (daily) viewing to SVOD/AVOD and video-sharing platforms, as well as content ratings for individual shows on the leading SVOD services.

From the second week of November 2022, BARB said it will publicly report the monthly reach and share of viewing for all broadcaster groups and streaming services which account for more than 0.5% of total identified viewing. It will also extend its weekly reporting of the top 50 shows to include shows across SVOD service providers.

“Back in 2019, at the RTS (Royal television Society) conference in Cambridge, I welcomed the idea of Netflix audiences being measured independently,” said Reed Hastings, Co-CEO of Netflix. “We’ve kept in touch with BARB since then and are pleased to make a commitment to its trusted measurement of how people watch television in the UK.”

Across 2022, broadcasters’ linear channels and on-demand services have accounted for around two-thirds of all identified viewing in the UK so far, with streaming services comprising about one-sixth of all viewing. In numbers from the latest dataset, that means the average daily viewing time for broadcasters’ services was 159 minutes in September 2022, and the average for SVOD/AVOD services was 36 minutes per day. It’s going to be fascinating to see how that changes with the shift to AVOD.

One area that BARB is not looking at as yet, is connected cars (which we’ll call c-cars for the rest of the piece); cars featuring inbuilt video screens to host app-based content. Perhaps they soon should, as new research from Omdia estimates this is a potential new battlefront in the streaming wars and the c-car market is growing fast. Indeed, Omdia reckons it is set to be comparable in scale to that of pay-TV set-top boxes by 2025 and that c-car numbers will hit 571 million vehicles on the road by 2025.

“We are seeing a strong growth of in-car display solutions” commented David Tett, principal analyst at Omdia, “Starting with the insertion of screens in the back and a front passenger screen, the media opportunity will arrive quickly in cars to the benefit of telcos, media companies and advertising partners thanks to location-driven services.”

The key to the market truly taking off is, of course, the arrival of the autonomous car. This is perhaps further away than some might think (Gartner has them as ten years away still) with multiple governments scrambling to shore up legislation on the subject in the face of public disquiet about accidents. But still, there are plenty of opportunities even with the current crop of chip-hungry automobiles, with Apple’s CarPlay, Android Automotive, and Amazon’s automotive Fire TV solution all busy forging partnerships in the market with more to come.

The car manufacturers are meanwhile trying to decide how far to let them go. Apple’s next gen CarPlay, for instance, is going to be capable of breaking free from the confines of the infotainment screen and spread across other screens in the vehicle. It will also be able to show vehicle data such as speed and fuel levels while it does so. The question is whether the car manufacturers are going to allow this wholesale takeover or whether they want to keep developing their own proprietary technology and keep control of their overall systems.

History, if we look at the trajectory of satellite navigation systems and the way that market is now dominated by the mobile phone rather than onboard devices, suggests that they might be facing a losing battle.

Goodbye to one of the OTT pioneers: Slingbox

Finally, a fond farewell to Slingbox, Sling Media’s pioneering streaming device that revolutionised the market and made several large media organisations very angry when it appeared in 2002.

It was invented by two brothers, Blake and Jason Krikorian, who were fed up with missing their favourite locally broadcast baseball games as they travelled round the country. The Slingbox effectively ‘place-shifted’ these games, streaming live TV over the internet where it could be watched via a client application on a PC, and latterly mobile, device.

It was productised in 2004 and the company then bought by Dish’s parent company Echostar for $380m in 2007.

Major League Baseball contended that use of the Slingbox amounted to illegal retransmission but never litigated. In 2014 Fox did, filing a lawsuit alleging that Dish’s Sling-based feature represented copyright infringement. After a court ruled Sling technology didn’t violate copyright law, Fox and Dish settled the dispute in 2016.

It never really took off itself, but some of the tech it developed, notably adaptive bitrate technology, is absolutely ubiquitous in the industry nowadays.

Dish Network said the servers that power the service will be switched off on November 9.

“Slingbox is being discontinued due to technology advances within the TV industry,” a note sent to Slingbox customers said. “The demand for Slingbox has decreased as the ubiquitous nature of streaming devices and services has changed and modernized over the past several years. As a result, we are focusing our efforts on continuing to develop and enhance innovative products for Dish TV and Sling TV to meet the evolving needs for place-shifted viewing.”