Why aggregation in OTT is now critical for long-term success

An influential new report has highlighted the importance of aggregation in keeping consumers happy during the next phase of streaming deployments. 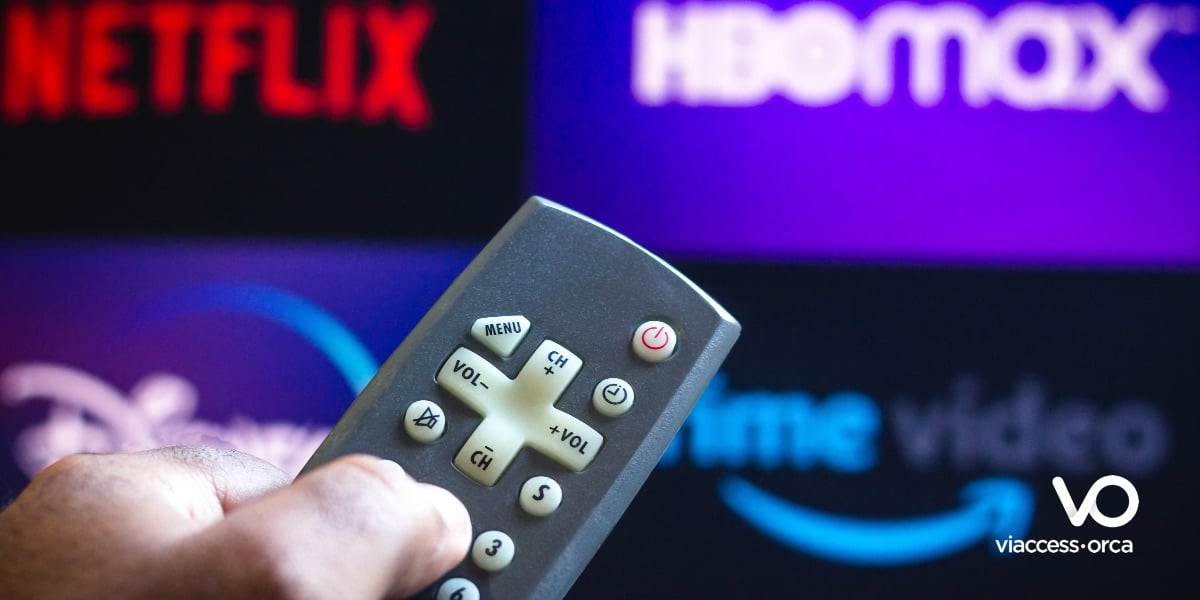 Aggregation has become an increasingly important part of the streaming market, with a growing number of deals being struck, even between former rivals, as the market has matured. This is not something new in the industry. One of the defining aspects of the Pay-TV era was the rise of the carriage deal and the ability of platforms to carry other services than their own.

The arrival of OTT has changed the landscape dramatically though and, if anything, such aggregation deals have become even more important. This has been highlighted by the publication of a new report from Accenture, Streaming’s Next Act: Aggregators to play a starring role in making consumers happier, which highlights the growing amount of consumer unhappiness as they navigate the increasingly fractured streaming landscape.

According to the survey, 60% of subscribers to multiple streaming services expressed frustration with their viewing experiences and 44% of those surveyed indicate they spend more than six minutes searching for something to watch. So, how can operators look to keep these customers on board?

The churn rate for subscribers has reached as high as 44% in mature markets and the Accenture report identifies three main issues that it says are ‘eroding’ the streaming experience for viewers.

Consumers have to enter, navigate, and then exit the UI of each individual OTT service before moving on to the next one. This causes frustration that only increases with the number of services they watch and is driving 58% of them to cross-service search engines as found on Roku and Apple TV.

Consumers are reaching the upper limit on the number of services they will stack, with a third now saying they will “somewhat” or “greatly” decrease spend on media and entertainment across subscriptions and one-time purchases in the next 12 months. There are now nearly 340 million subscription contracts to OTT streaming services in the US, exceeding the country’s 330-million population. As a result, the average US household subscribes to over four subscription VOD services, and one-quarter subscribe to five or more.

Disenchantment is growing as well, with none of the five major streaming services considered to provide more than 40% relevant content. 63% of consumers globally agree that it’s too expensive to pay for the entertainment subscriptions they want.

Simply put, each service complies its own recommendations that get trapped down the same rabbit hole viewers have to go down to access them. As a consequence, over half (56%) of people surveyed said they wish their profile from one service could easily be shared with another service that may offer them better, more personalized content.

Aggregation is the new normal

Content Aggregation, and super-aggregation in particular where the service becomes the sole provider for all content, helps to fix all these issues. Even, as Accenture has it, going as far as to “put the joy back into the streaming experience.”

The analyst goes further too. It states boldly that “streamers that choose to focus blindly on subscriber acquisition as a stand-alone entity risk peril in a shifting landscape.”

Perhaps this is why aggregation is becoming the new normal. In our 2020 post The Growing Importance of Aggregation in OTT we wrote that “Being able to pay for your Netflix service through your Pay TV provider (and, of course, access it via their STB) is becoming an increasingly common option.”

Now it is the mainstream option and it would be odd to find a service that didn’t allow this to happen. All of this raises an interesting question: when everybody offers largely the same content, what is it that gives a service a competitive advantage?

Arguably, it is the way that service is delivered. The User Experience is vital here and there are some specific aspects above and beyond the usual considerations that the consumer is looking for nowadays in a seamless streaming experience. Global search and recommendations across all aggregated services is an increasingly important factor, while the option of unified billing and single sign-on across a multitude of apps also helps keep the experience frictionless.

Meeting all these is a challenge and there is no doubting that important technology choices have to be made to accommodate the evolving demands. Luckily, with services such as VO Super-Aggregator now available, the supporting technology is already in place. What operators are able to offer now out of the box is a service that features holistic discovery in the front end and the unified metadata management that powers it behind the scenes.

In this way they can make the streaming experience frictionless once again. They can also position themselves as a trusted source for potential future services as well. We’ve written about this concept several times over the past years. In our post Apple TV, Sky Q, and the Ongoing Battle for the HDMI 1 Slot we characterised the movement from aggregator to super-aggregator as being the battle for the HDMI 1 slot. And, thing that a step further, as digital consumer experiences become deeper and richer over forthcoming years, so owning that slot and the ‘Time Spent’ of consumers will become more important.

Yuval Shachar is VO's VP of Products, TV Platform. Prior to joining Viaccess-Orca he gained personalization and Media AI experience working for Amdocs Big Data and AI division serving leading operators and broadcasters worldwide. He is an expert in big data analysis and various Machine Learning solutions targeted at Media, Commerce, Marketing and Care. Previously he led business units and product teams in companies like Pontis, Comverse and Starhome. Yuval holds an MBA from Tel Aviv University and Bs.C. in Electronics Engineering from the Technion, Israel’s Institute for Technology.