You can always get what you want: the importance of search and recommendation

As catalogues get bigger and services stack on top of each other, content discovery is becoming a key battleground in the streaming wars.

One of the key frustrations for viewers in the modern TV landscape is finding content. As the number of available channels has increased and the catalogues of the major SVOD players has expanded, keeping up with the new releases alone is a becoming a major task. Finding something to watch in all that is even more difficult.

The figures vary considerably depending on which survey you read. But whether the average viewer spends closer to 20 minutes or as much 51 minutes a day looking for something to watch (as a 2017 Ericsson Consumer Lab Report concluded, the fact that it is a pain point cannot be disputed. Even 20 minutes a day is over two hours a week.

One of the companies that has understood this from the beginning is Netflix. In 2005, when the company had a mere 3.5 million subscribers and was still mainly posting out DVDs, Reed Hastings said: “The real problem we’re trying to solve is: How do you transform selection so that consumers can find a steady stream of [entertainment] they love? We give everyone a platform to broaden their tastes.”

And there are two main ways of giving people the content they want: recommendation and search.

The ins and outs of recommendation

We’re going to look at the present and the near future of both technologies, starting with recommendation.

There are several problem areas when it comes to looking at recommendation.

Points 1 & 2 can be addressed in the here and now through the use of both analytics on data systematically collected on the subscribers to a service by the operators and AI technologies which seek to fill in the gaps in knowledge by extrapolation from first party and GDPR-compliant datasets.

To address point 4 above and the problem of near infinite content, all on-boarded services being accessed should ideally be integrated at metadata level to facilitate both the recommendation and search experience.

This, of course, requires having access to the metadata for all sources as well, which is not yet something that content providers automatically provide.

However, as more and more viewers access services though aggregators and super-aggregators, this form of universal search is growing in popularity and we can see the provision of metadata becoming a requirement for carriage.

When it comes to UGC (User Generated Content), Pay-TV players often raise the point “Why propose UGC content which can’t be monetized?? It’s a good question. The viewpoint though might be different when addressing telcos whose aim is to maximize subscribers’ loyalty and stickiness to their own search tools by giving easy access to the searched content, even if this content is available for free viewing. In case of UGC viewing the monetization could be achieved through targeted advertising or through more advanced subscription models.

One of the key takeaways through is that when it comes to proposing content for viewing, the household has to be considered as a set of individual consumers rather than a single entity. This means that a couple of very important questions need to be answered:

While we can make a reliable guess at household composition via AI, the answer to the first question about who is actually present should come from the personal devices in the room such as smartphones, tablets, and wearables.

These could help identify the viewers in the room and, linked with the TV service, propose suitable content for the viewer (and, indeed, one of the near future forecasts we are making here is that there will be more of this leveraging of the power of increasingly capable and ubiquitous devices such as smartphones and wearables).

When several people are in the living room all the apps instances installed on the personal devices should also be able to coordinate and propose to the group of viewers the most relevant content. In this case, it is going to be necessary to have recommendation engines capable of taking into account the preferences of all family members sitting in the living room, the degree they are actively watching, and so on.

How search got vocal

Several surveys have shown that a search process not only varies from one individual to another, but also for a given person at different times during the same day.

Most users typically start a TV session with a “let’s see what is going on” or “what’s on live?” set of questions. Therefore, consumers see the EPG as the key information portal answering these questions.

Three key functionalities must be provided by the EPG so that viewers can consider using it for finding live, i.e. linear, content:

For on-demand, the criteria are slightly different and search should comply with the following:

Also should the search process be unfruitful at a point in time, wouldn’t it be a good idea to reschedule it automatically so that the content being searched for is proposed to the viewer when available?

The future of search can probably be summed up with one word: voice.

Voice search will be a must and will progressively take over traditional search methods. Especially combined with AI technologies it will bring maximum efficiency. As users are always looking for the easiest way to interact with their TV, voice should be a key part of this communication.

VUI (Voice User Interface) can bring a feeling of freedom however users have indicated that for both search and TV navigation, offering only an ambient “always on” setup does not seem to be an ideal approach in terms of both privacy and usability. A button-based voice interaction is their preferred usage method, the majority stating that it gives them the control on when they speak to the device, rather than it listening permanently to them (though this behaviour may change though given the growing penetration of digital assistants into the marketplace).

However, in that case, the viewer needs to have the “listening” device close to him or at least the remote control with the voice recognition button. This is a loss of ease of use, unless the listening device is simply the smartphone, which would typically be close to the viewer(s).

AI is an important component to consider here too. Content discovery using AI can provide an easier and more natural way of getting input via voice recognition and other biometric sensors (such as the Smartphone embedded front-cam) combined with face recognition technologies that could help identify both the users and their mood.

80% of respondents to a PwC survey said what they choose to watch is driven mainly by their mood on any given day. Talking to your television system about what you are in the mood for is a compelling example of how a combination of new technologies will improve the UX.

Hitching up to the smartphone

Development in this field is rapid as the tech giants pour money and resources into trying to corner the market for their own solutions/ecosystems.

Meanwhile, consumers increasingly expect interfaces to learn from their behavioural history. Exposure to interfaces such as that employed by Netflix perforce raises the bar for everyone else.

If recommendations are not featured seamlessly and exhibit a good match, then it provides an increasingly jarring experience and a notable pain point in the consumer journey. They also want — though don’t always have — the ability to launch a single search from a single interface that covers all their accessible content from multiple sources.

The smartphone’s role in the future of all this bears close examination. It is far superior to a remote control in many ways, especially text input, and already has a leading voice assistant for voice search. They are only getting more powerful too, as manufacturers such as Apple look to put AI on-board devices rather than rely on compute power in the cloud. And its ability to pinpoint the audience as it effectively becomes a wearable in itself and typically carried on the person, would be a powerful aide in segmenting households down to the individual level for both advertisers and recommendation purposes.

Whatever the device though, one thing is for certain. The importance of offering your customers a steadily more effective search and of offering recommendations that surface the right content at the right time is only going to grow in the future. 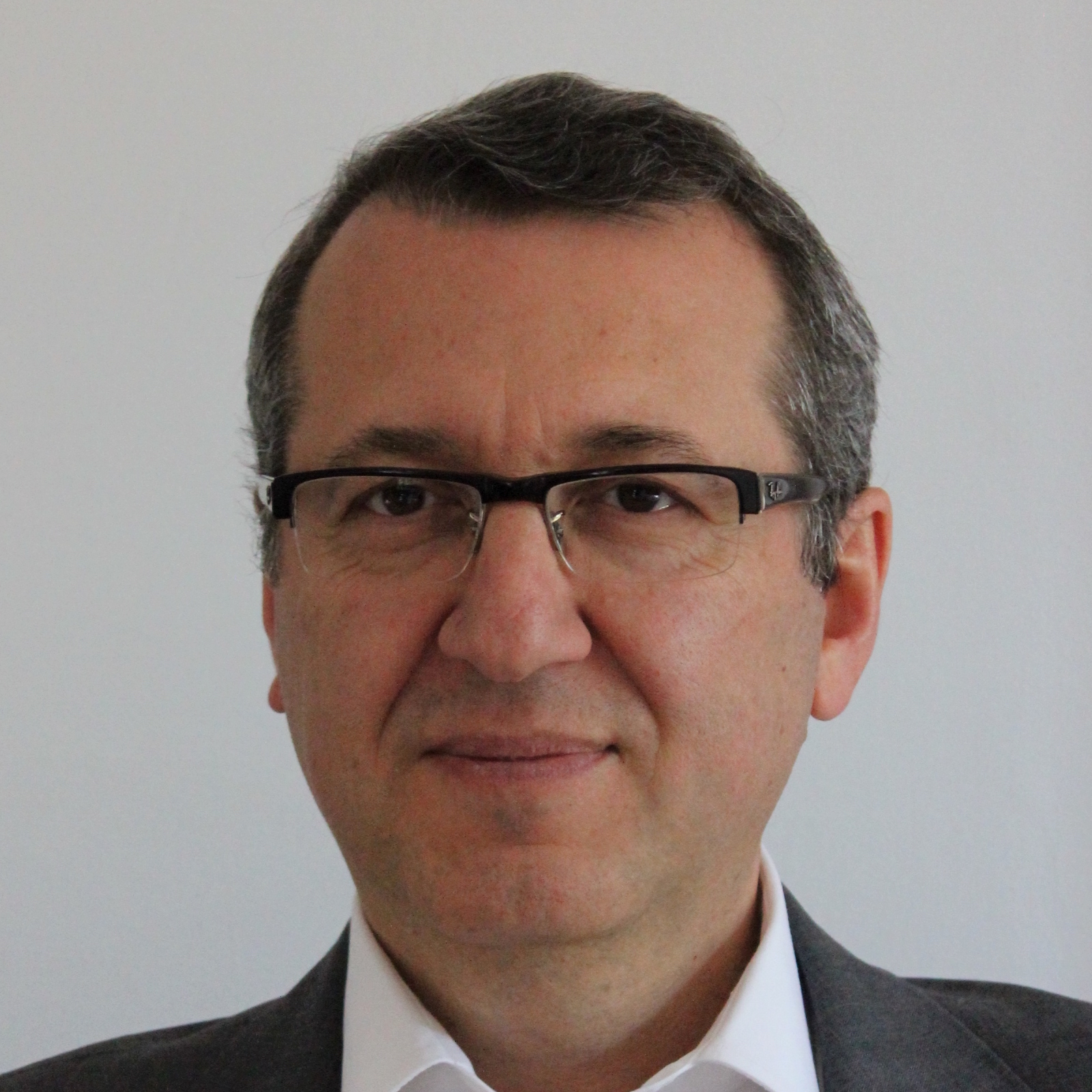 Jean Hatziraptis is Director Partnerships and Business Development at Viaccess-Orca. Jean is also member of an Orange community of experts aimed to thinking ahead on matters related to Solutions for Content Services for the Group. In that frame he coordinated a collaborative work of 20 experts and delivered  a study aimed to describe the expected new consumer usages for audiovisual content for the forthcoming 3-5 years. This blog post is based on some recommendations from  the study. Prior to joining Viaccess-Orca, Jean has worked for a number of global Fortune 500 multinational companies as well as startups in different hi-tech markets (IT, networks, professional services, …). He brings 25+ years of experience having held several positions in R&D, consulting, product marketing, business development & sales.